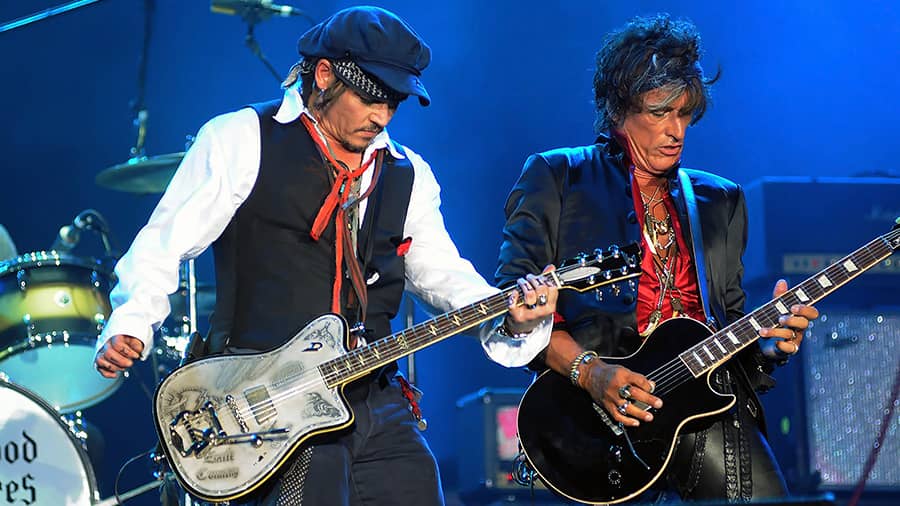 Guitarist Jeff Beck released a song from his upcoming album with actor Johnny Depp on the latter’s birthday on June 9, when the Pirates of the Caribbean star turned 59.

This Is a Song for Miss Hedy Lamarr, the song that Beck released on Depp’s birthday, has been written, composed and sung by the actor himself. The plodding rock ballad sung by Depp and interspersed with guitar solos from Beck pays homage to 1940s film star and innovative electrical engineer Hedy Lamarr. Though this song is a lament about fame, it will inevitably be read as a reaction to his high-profile defamation case against ex-wife Amber Heard.

Depp sings in chorus, ​“I don’t believe, I can’t believe, I won’t believe humans anymore,” with another line complaining, “It’s so hard to talk when no one will hear, and everyone stares as you quiver in fear.”

The song is Depp and Beck's second release. The first was a cover of John Lennon's Isolation during the early Covid-19 pandemic.

Following the conclusion of his legal battle with ex-wife Amber Heard, Depp had announced that he and Beck would release an album of mostly covers in July.

18 is the title of the duo’s 13-track album, which will be released on July 15. The duo explained that the album 18 draws its title from the youthful spirit and creativity they discovered in recording together.

The album contains covers of The Velvet Underground’s Venus In Furs, the Everly Brothers’ ballad Let It Be Me and Marvin Gaye’s soul classic What’s Going On. There also are versions of Davy Spillane’s Midnight Walker and two songs from the Beach Boys’ masterpiece, Pet Sounds Caroline, No and Don’t Talk (Put Your Head On My Shoulder).

The album 18 features a pair of Depp originals – This Is a Song for Miss Hedy Lamarr, which the duo debuted on stage with, and Sad Motherfuckin’ Parade.

Johnny Depp recently posted an image of the late actress who inspired him to write the song.

18 will be out via CDs and digital platforms on July 15.