Advertisement
Home / Entertainment / Inside Edge is a guilty pleasure

Inside Edge is a guilty pleasure

‘Seen there, heard that’ is the familiar template that season 3 of the sports-drama, continues to follow 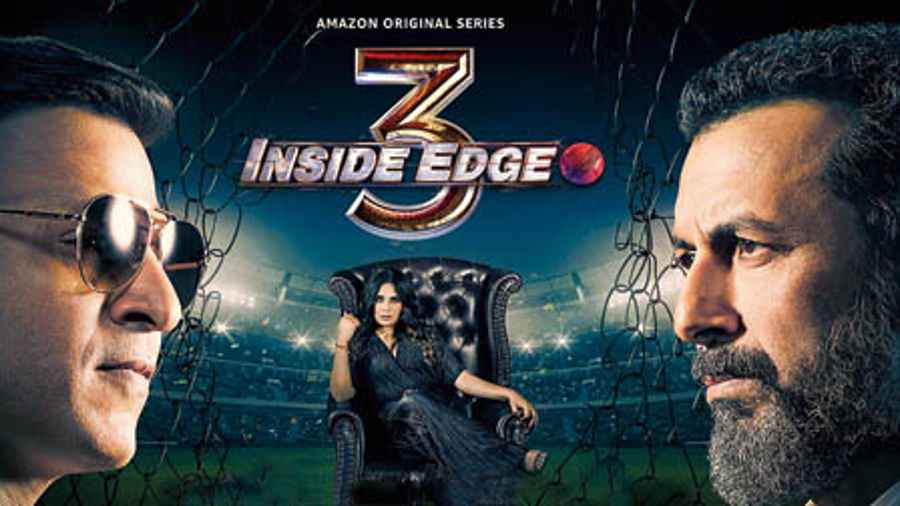 For me, like for many others I know, Inside Edge is a guilty pleasure. It’s one of those shows that will make you roll your eyes at the sheer ridiculousness of it all — and there are many such moments in its new season — but is addictive enough to make you want to keep staring at it. ‘Staring’ is the operative word here. You can just stare at an Inside Edge screen, without bothering to pay too much attention. The twists — this is Abbas-Mustan lite — are aplenty, but even if you allow the show to play in the background as you go about your business, you won’t have much trouble tracking its goings-on. Which is both a good and a bad thing.

When it first streamed in July 2017 and became a smash-hit, few were surprised by Inside Edge’s overnight success. Indian cricket has always been a crowd puller and the Indian Premier League, or the IPL which has seamlessly crept into our daily vocabulary, is a goldmine. Meshing the two in a format where the bat-and-ball action on field is rivalled by underhanded shenanigans off it, seemed a sure-shot recipe to grab eyeballs. Which it did well enough for Amazon Prime Video to greenlight two more seasons. And going by where Season 3 ends, watch out — or brace yourself, depending on which side of the pulpy entertainment divide you are on — for a few more seasons.

Inside Edge 3 follows the sensationalist template of its previous seasons. If the earlier editions were heavy on spot-the-real-life-person-in-the-character game, then Season 3 — which still has the obvious reference thrown in in bucketfuls — ups the ante. For starters, the focus shifts from the IPL to a tournament in whites, with India taking on Pakistan in a historic tie on home soil. That brings with it its own share of drama, much of which takes place off the field. It also gives the commentators in the box a chance to keep repeating, “Test cricket is not dead!” at regular intervals.

Even as the India-Pakistan face-off plays out in a frenemies format, this season goes back to the roots of its principal players. Vikrant Dhawan’s (Vivek Oberoi) twisted mind is notched down to a troubled childhood, even as siblings Vayu (Tanuj Virwani) and Rohini (Sayani Gupta) attempt to trace their biological parents, and then, in true Inside Edge-style, find themselves embroiled in a mess that involves betting and match fixing.

Staying true to its template, Season 3 is all about the ugly underbelly of the ‘gentleman’s game’. Manipulator-in-chief Yashwardhan Patil (Aamir Bashir) is once again in the thick of things, doing all he can to gain personal profit out of the game.

Sidhant Gupta’s Imaad Akbar not only steps in as a rookie replacement for Prashant Kanojia (Siddhant Chaturvedi, has, of course, now moved to big-time Bollywood) but also fulfils the political tokenism of a Kashmiri playing for India against Pakistan. Also, ticking off another inclusive box is a gay cricketer who eventually comes out of the closet. Richa Chadha’s Zarina once again manipulates her way to the top, Tanuj Virwani’s Vayu continues to play a hot-headed hybrid of Virat Kohli-Yuvraj Singh and the controversies that have been a part of the game pop up every now and then.... Basically, it’s all that we have seen and heard before — on the show and outside it — but oddly, you just sit through it without paying much thought to it. It’s what one would call ‘harmless viewing’, made even more necessary in a Covid-afflicted world.

Quite a bit of Season 3, as mentioned earlier, is laugh out loud. But none more than a moment when a cricketer, down with the loosies, straps on an adult diaper and walks on to the field to rescue his team floundering on the edge of defeat. That’s when the shit really hits the fan. In more ways than one.