‘I think the industry has finally caught up with me’ 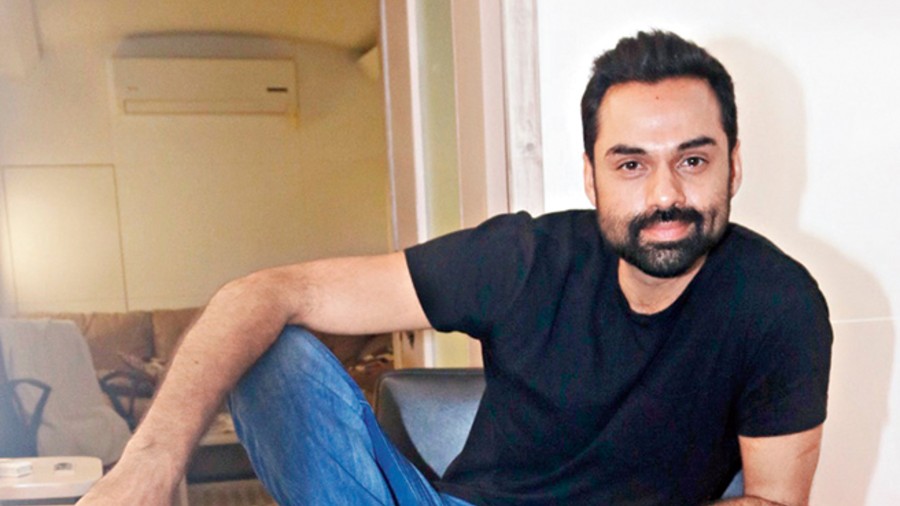 It’s 10am in Calcutta and 8.30pm in Los Angeles when we video-call Abhay Deol for a chat. The 44-year-old actor, who lives between the US and India now, will soon be seen in 1962: The War in the Hills, based on the Indo-China war of 1962. The series, directed by Mahesh Manjrekar and boasting an ensemble cast, led by Abhay, drops on Disney+Hotstar on February 26. We chatted with Abhay on the show and why he’s never conformed to the Bollywood formula.

1962: The War in the Hills looks like it’s going to be a thrilling watch. What made you sign on?

I think it’s just the perspective Maheshji (Manjrekar, the show’s director) took regarding war. This is more than just that one battle (the 1962 Chinese aggression), it’s more about the lives of the soldiers who went into battle, and how it affected their families and the community. I am not a pro-war person, and neither is Maheshji. The show doesn’t necessarily pass a comment on whether we should or should not fight, but it definitely does make a comment on the kind of impact that fighting has on people. I thought that was one of the most attractive things about it.

Is there anything about the man, Suraj Singh, that you play on the show that resonated with you?

Well, you try and find something relatable with every character that you get. He’s a devoted husband and a loving father. I am not a father, neither am I married (smiles and shrugs), but I am very loyal to those I am close to. That’s something I could relate to. I will definitely stand up for and defend those that I care for.

From the beginning of your career, about 15 years ago, you have been choosy about the parts that you have picked up. Just in terms of the variety and versatility of the content being generated, do you find it easier to make choices now?

The times that we are in has also highlighted the fact that we have a lot of talent outside of Bollywood, we have a lot of stories to tell outside of the formula of Bollywood, and that if you shine a light on those actors, they can be just as alluring and attractive as any Bollywood star can be. That opportunity has been a long time coming for people who don’t have the privileges that, for example, I had.

Well, I was looking for a sense of belonging when I started out. I worked with a lot of debut directors and many directors who were very young in their careers. Bollywood, as we know, is famously cliquish, so I thought I would have my own clique of indie film-makers, which didn’t really happen (smiles).

I am not closed to the idea of belonging... it didn’t put me off then and I started thinking, ‘Okay, what can I do for my survival?’ I was never the kind to look for my survival alone, but I realised that I am in an environment where that’s all that everybody does. What’s happened with the OTT platforms is that it’s democratised the whole process. It’s a digital platform so it’s a limitless space, and so they have to ‘feed the beast’, you know... they have to make popular cinema as much as they have to make non-formula films. So if they make something with a big star and then another with a non-star, they would have to advertise it equally because both are part of their platform. So, there’s democracy there and equal opportunity for all. People decide what they like and do not like. So it’s definitely opening up the space for outsiders to come in, and for ideas that don’t go with the Bollywood formula. 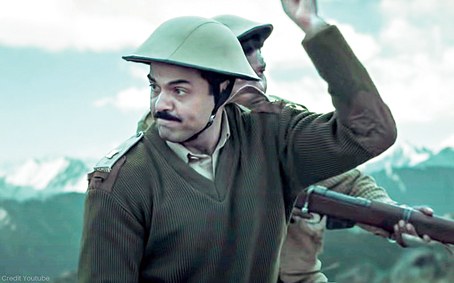 Abhay Deol in 1962: The War in the Hills, that streams on Disney+Hotstar from February 26
Sourced by the correspondent

Your instagram bio reads: #MakingWhatBollyWouldnt. How are you going about empowering yourself as well as others who don’t want to stick to the Bollywood formula of doing things?

That’s been my career graph ever since I started. Nothing’s changed that way. The only thing now is that there are a lot more people to ally with, people who are more supportive of my view and my way of working than they were even six years ago. It’s not like I suddenly saw the tide turn one day and said, ‘Okay, let’s be a little edgy and contemporary’. I was saying that from Day One of my career, in an environment where they would scoff and laugh at you if you said that we, as a culture, are far bigger than one formula, and that we have the talent that can deliver something that is more universally appealing. I think the industry has finally caught up with me (laughs). Sounds very arrogant to say that, I know.... I may have changed as a person, but my vision remains the same, which is to give chances to new talent and new ideas, challenge the system.... That’s what they are doing now. They finally caught up!

Have you shifted base to Los Angeles, given that you have just worked on a film there for Disney US?

I have my sisters living in California and I have done my college here. I live between here and Goa. I am a bit of a nomad. I did a film for Disney US, which is coming out in the middle of the year. I just like to travel.

I can’t complain. I am comfortable where I live, I am privileged. Of course, over the last year, it was forced lockdown and we all had to introspect, we didn’t have a choice. But I was comfortable, it was much more difficult for those who have less. I have been lucky through the year. I shot a movie for Disney, it wasn’t like I wasn’t working. I got to travel as well. Just thanking my stars, really, that I am who I am and where I am.

We can put borders down on paper, but we now know that what happens in China can affect somebody in Kenya or somebody in the US. Now, maybe we can see the world as not just countries, but as a planet, and see humanity as a whole and not just citizens. The environment is something that we can’t take for granted, and that’s something we need to seriously address. This was a chance for us to take a leap forward in a progressive direction. Whether we do it or not, I don’t know. It will probably be back to business as usual. I hope people take the positives and try and make a change.

You have been one of the rare voices who has consistently called out issues that you feel strongly against. Have you always been this person or have you evolved to making your voice heard along the way?

I am reluctant to really scream and shout about anything. Honestly, if you left it to me, I would rather be quiet, do my work and go back home. I don’t like attention. I grew up in a family that’s famous, and so I saw fame up close as a child. I actually had a distaste for it, and I had to come around and accept that it’s after all not such a bad thing.

But as I said, I would rather be quiet. And if I have to pick up issues, I would rather pick up those that affect my industry, because I have power within my industry, and not outside of it. And that’s why I made sure I did films that had some context, that spoke of the culture I come from and that’s where my responsibility lies as a film-maker. I am an actor, not an activist. I think it’s important that you make a statement with what you do within your space... as soon as you step outside of that, you have to take on things that you are probably not equipped to handle. That’s why I spoke up for musicians’ rights and producorial rights, and called out the endorsement of fairness creams. Outside of my fraternity, what can I say, to whom can I say and with what authority can I say?