Gully Boy Ranveer can't wait to get on Takht

Ranveer will work with Karan Johar for the first time. The multi-star film is set to a historical backdrop 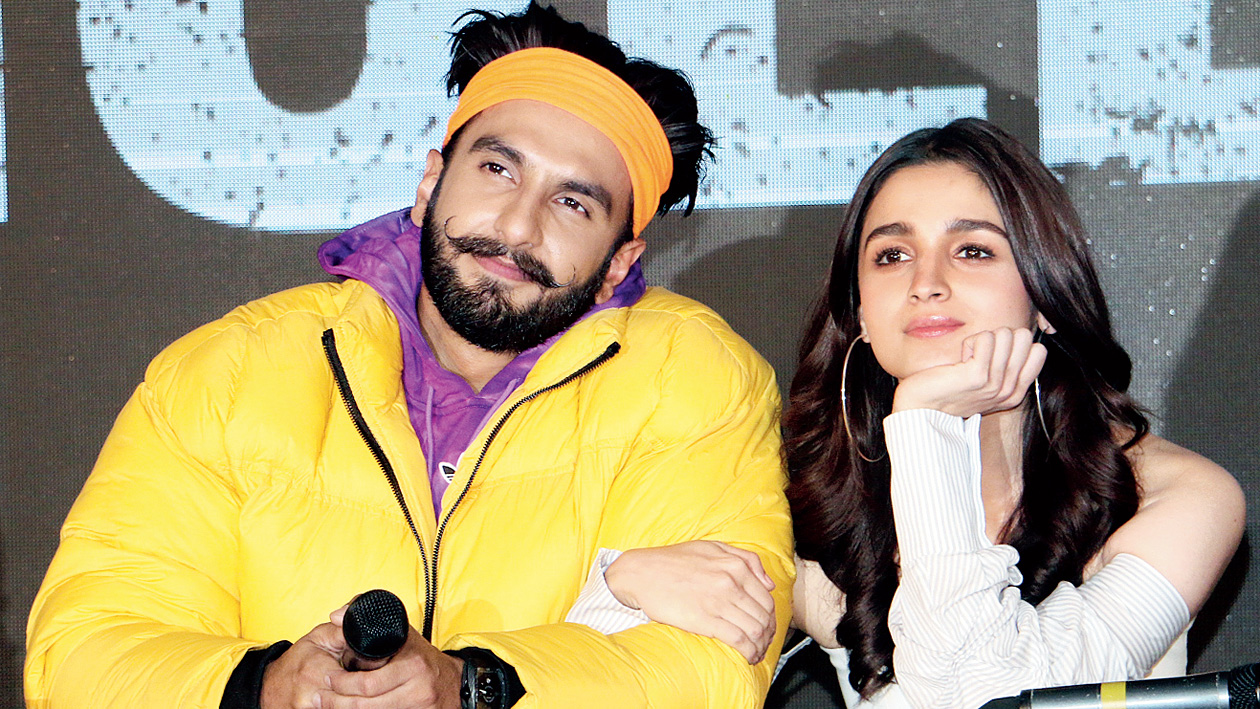 Ranveer Singh is on a professional high. Simmba has done well at the box office. Now, the actor is being praised for the trailer of his next, Gully Boy. And while on that, he can barely wait for Karan Johar’s Takht.

Ranveer has not started shooting for the film yet but says he’s already excited and energised. This is the first time Ranveer will be working with Karan. Ranveer says he saw a completely different side of the filmmaker during the narration of Takht.

“I was the first actor Karan offered Takht to. I saw a different Karan Johar. It was almost spooky to see the kind of stark change in the man. I always wanted to be directed by him. Here he’s offering me a film and there’s something different about him. His eyes are different, his body language is different and his voice is different,' says Ranveer.

Ranveer adds that Karan is a creative force of nature. “He doesn’t take himself seriously, he’s a casual man. Behind that is a serious filmmaker, very passionate filmmaker. He is a writer, director, producer, actor and he’s so multifaceted and a genius ,” said Ranveer.

Karan is known for his family and romance films. With Takht, he will direct a historical movie. Ranveer, has aced period films such as Bajirao Mastani and Padmaavat, says it is not going to be too different. “I am sure lot of people are saying Karan is making a period film but Takht is not far away from his genre. Kabhi Khushi Kabhie Gham... was a family film and showed the internal dynamics of a family. Takht is the same at its core. In which period it’s set in and what costumes are they wearing is of no consequence. These are just decorations. At the core it’s family drama, it’s about love, greed, ambition, betrayal, brotherhood, dynamics between father-son, brothers and sisters,” says Ranveer about the multi-starrer.

“Karan has put up an ensemble cast and I have no doubt that we are all going to give him what he wants. He’s all to make sure that the period the film is set in will be created on an unprecedented scale. It’s his most-ambitious project and he’s going to create that world. I said yes to him because I have that faith and because I believe he is a genius. He may appear to be light-hearted and that’s a virtue that we all love about him. He is so sharp, intelligent and his business acumen is so high that he doesn’t take any of his stuff seriously. I admire that about him but this time when he offered the film I saw this crazy person. The story is on such a delicious scale and there’s so much meat in it that I asked him where did you find such a story. It’s going to be special because he has a stellar cast,” Ranveer gushed.

About the cast, Ranveer said: “I have worked with Alia in Zoya Akhtar’s Gully Boy and Anil Kapoor in Dil Dhadakne Do before, there’s Vicky (Kaushal), Janhvi (Kapoor) and Kareena Kapoor. Vicky is somebody with whom I always wanted to collaborate with and I am crazy about Kareena Kapoor. Janhvi is so promising. Bhumi (Pednekar) took my auditions during (debut) Band Baaja Baaraat (she was assistant casting director at Yash Raj Films for six years before making her debut with Dum Laga Ke Haisha in 2015) and now she is working in this film. It’s crazy and this is damn exciting.”