Green window: A mother’s tale of love and loss 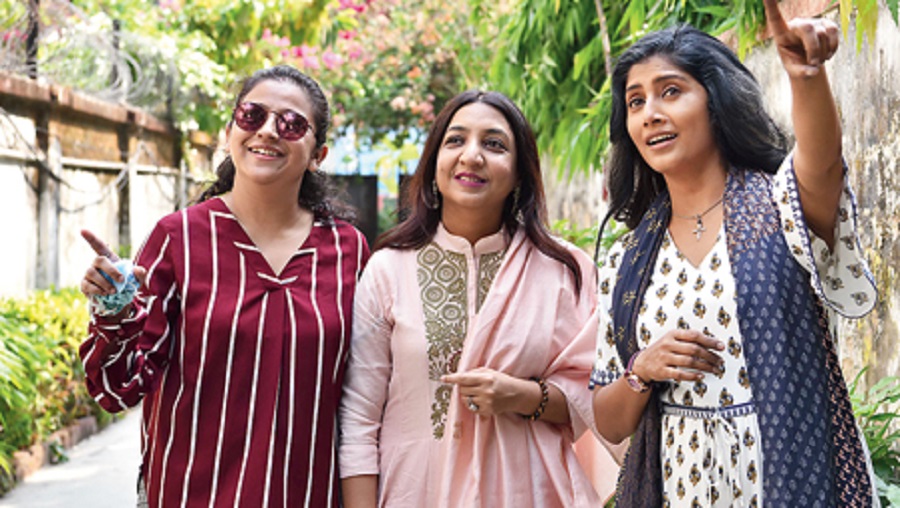 Indira Dhar Mukkherjee said: “The Green Window is a research work of 20 years. It is an adaptation of the original story, The Green Window. Life is full of surprises and the film will inspire many senior citizens to look at the brighter side of life.”
The plot revolves around Georgy Fernandez, 64, who lives in Calcutta with her son Simon, daughter-in-law Patricia and grandson Sean. Simon, the only earning member of the family, moves abroad with his wife and son. Georgy is a senior citizen and hence medical coverage and visa would take time. Georgy shifts to an old-age home as she is not willing to stay alone in the house where she lived for 35 years with her family. After her husband’s demise, Georgy spent most of the time in the upbringing of her grandson Sean. Georgy is a strong woman and is happy for her son’s career growth. She met ‘the green window’ at the old-age home, which gave her a new dimension in life. The green window had witnessed many stories and this time, it gave Georgy hope to look at the brighter side of life. The story speaks about the importance of every family member in life. Everyone is important and unique.

Bickram Ghosh with Jaya Seal Ghosh on the sets
Advertisement

Talking about the protagonist, she said: “Georgy’s character is of a woman who is strong, practical and emotional. Mothers are special. They are the ones who always support us in the best way possible. The Green Window is a tribute to all mothers on earth. The character of Georgy is a combination of dignity and poise. Jaya Seal Ghosh is the perfect actor to portray Georgy on screen. We are shooting the film in the original location from where the story originated, St. Catherine’s Home, Calcutta, on the premises of St. Paul’s Boarding & Day School.”

She added: “It takes immense strength and will power to accept the fact that in life priorities change. A mother’s heart is bigger than an ocean as she manages herself in every situation. She would always pray and support her child’s growth and prosperity. As a child, I witnessed many stories at St. Catherine’s Home, it played a very important part in my upbringing and I am thankful to God for giving me an opportunity to bring the story on screen. The Green Window gave life to many and this time it gave life to Georgy.”

“The role is very challenging. I thank my director for believing in me. The story is unique. We shot in actual locations to give it authenticity. I researched on the actual woman on whom this character is based and tried to pick up nuances. I am happy to work with Riingo and he is marvellous in the movie. I am indebted to the producer, Priti, for saying yes to the script. She gave me complete freedom as an associate producer,” Jaya told t2.

Talking about the music, Bickram said: “The protagonist is a Christian woman so the music will have influences of the kind of music the character listens to or would listen to. There will be a string or cello section too. There are two songs — Aguner poroshmoni and another that I will compose.”