With her career graph growing stronger and stronger, there’s nothing that can hold Anushka Sharma back 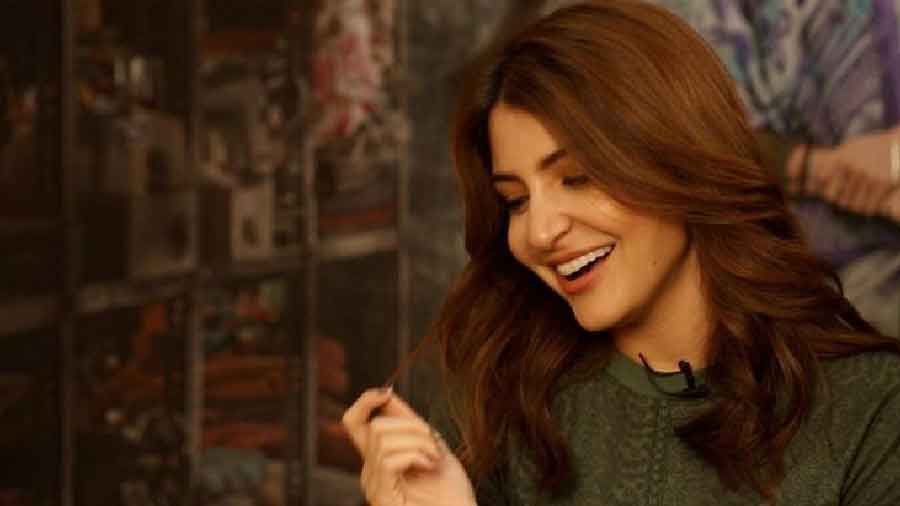 Anushka Sharma celebrates her 34th birthday on May 1. The pretty actor who made her big Bollywood debut in 2008 alongside Shah Rukh Khan in Rab Ne Bana Di Jodi, has come a long way.

In a career spanning over a decade, Anushka has carved out a niche in the industry. From Badmaash Company to Ae Dil Hai Mushkil, she has many notable works to her credit. Not only that, she has also backed worthy content like Pataal Lok, Bulbul and NH10 under the aegis the production company Clean Slate Filmz which she co-founded with her brother Karnesh Sharma

Anushka’s journey in Bollywood has been what dreams are made up of, and here’s taking a look at how she stands out in the corwd not just as an artiste but a human being as well.

Navdeep Singh's NH-10 was a pivotal step in her career, as she ventured into production with the film. At the age of 25, Anushka was the youngest actor-producer on the block. She was just getting started, and produced Phillauri and Pari next, under her banner, Clean Slate Filmz.

Anushka might have signed just one film (Jhulan Goswami biopic) after the Zero debacle in 2018, but she kept busy with her production ventures and clothing line. As a producer, Anushka is unafraid of experimenting with different, path-breaking content ideas. Her production venture, Bulbbul, another horrifying reminder of domestic violence, received much praise for its cast and brutal, yet effective storyline.

Anushka has often said that she wants to invest in the stories that she would love to watch as a viewer. In the last few years, we have seen many actresses becoming producers including Deepika Padukone and Priyanka Chopra but when it comes to success Anushka wins the race.

Her productgion house which is now run by her brother, is now all set to launch late actor Irrfan Khan’s son Babil Khan under her production titled Qala also starring Tripti Dimri. Now observing her last success rate the expectations are very high with this one.

It is the norm for heroines slipping out of the mainstream when they turn producer but Anushka did it because she wanted to make a certain kind of Hindi films. NH 10 is a grim reminder of honour killing, and Anushka played the role of a battered, furious woman with heart-breaking perfection. Similarly, Phillauri was an attempt at bringing mainstream comedy with a decent plot.

Pari was another unique choice in Anushka’s career, production and acting wise, which dealt with the horrors of a satanic cult in Bangladesh. She played the role of a demon in the supernatural film who falls in love with a human, played by Parambrata Chatterjee.

In the same year 2018, she was seen in the wholesome film Sui Dhaaga with Varun Dhawan, where they played a small-town couple into textile business.

Anushka has starred in several box-office hits till date, including Sultan and PK, refusing to be outshone by wildly popular co-stars like Salman Khan and Aamir Khan. In 2016, she starred in Karan Johar’s Ae Dil Hai Mushkil, which dealt with the concept of unrequited love.

Anushka does not figure in the list of celebs who would flaunt her relationship status. The actress has always maintained a balance between her work and personal life. She enjoys her personal time with husband Virat Kohli, but never makes a big deal out of it. She has also said in a couple of interviews that talking about her relationships everywhere takes away the focus from her work. In fact, in one of the interviews for a media house, Anushka had even slammed the reporter for trying to get too personal.

Her relationship with Virat Kohli has always been the talk of the town. Everytime, Virat flops on the ground, she has to face the flak. But undeterred, Anushka never budged and such venemous attacks never ever affected her.

Despite all the bashing on social media, Anushka makes it a point to be there for all the important matches Virat plays. From walking with the cricketer holding hands, to openly appreciating her beau, Anushka never hesitates to show her love for Virat. And Virat too came to the defense of his ladylove and proved to the world how no form of hatred will deter them or their love for each other.

With her career graph growing stronger and stronger, there’s nothing that can hold Anushka Sharma back. She is one hell of an actor who has always been reinventing herself and may she continue doing so.

It was Virushka's personal decision not to go public with their baby until their daughter Vamika was captured on screen. Until then, they requested the media to kindly not click or publish any photos of their daughter.  Anushka also wrote a note thanking the media for keeping their request.

From taking care of and spending time with Vamika, to training in cricket for her upcoming film Chakda Xpress and going on shoots, to making for Virat – Anushka dons all hats perfectly and it’s extremely inspiring.

Virushka sets trend and why