Singh talks about why he is attracted to dark stories 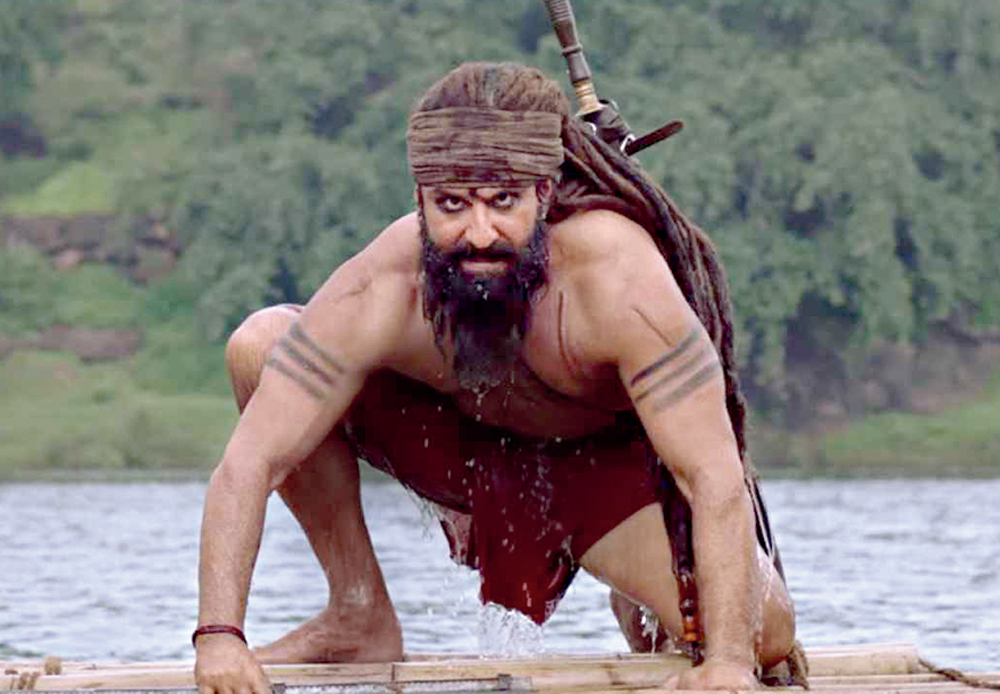 Former adman Navdeep Singh’s third feature film Laal Kaptaan is set in the late 18th century, a few years after the Battle of Buxar. Saif Ali Khan plays a Naga sadhu, who doubled as a killer for hire and the film charts his decades-long quest for revenge. The Telegraph chatted with the director recently at a studio in Bandra in Mumbai about what made Saif the perfect choice to play a rogueish sadhu sporting a long beard and long matted hair, the success of his last film NH10 and why he is attracted to dark stories.

Naga sadhus and the Battle of Buxar... how did they come to be in a mainstream Hindi film?!

(Laughs) I’ve got a bit of a fetish for history and I’d read about the Battle of Buxar. In a book I was reading about Begum Samru, there was a two-three line mention of the Naga sadhus fighting there. The only thing we know about Naga sadhus is what we read about fights in Haridwar and the precedence order about who’ll enter the water first during the Kumbh Mela. I really didn’t know much about them in the historical context. In the last 10-12 years though, there have been a few academic books written about them by historians who have researched them. There was also a book by Jadunath Sarkar that was out of print, which we found on the Internet. The research came out of all that.

The period after the Battle of Buxar is a fascinating period. Everything was up in the air, up for grabs — the British, the Afghans, the Marathas — it was a whole bunch of different, independent powers. Anyone with a sword and some ambition could just stand up and try and carve a kingdom out for themselves. And a lot of people did, during that period. That kind of anarchy I just find interesting — it brings out the best of people and the worst of people.

Was there anything specific that made you even start reading about them?

Yeah, I’m a fan of the Western — the lone gunman, the lone warrior, the lone samurai, the ronin, the guy who has no master. Basically, Deepak (Venkatesha), my co-writer, and I were trying to find an equivalent of that. And the closest we could get in our culture was a lone Naga sadhu who has been looking for a person for 20 years and seeking revenge.

Aanand L. Rai is one of the producers. It’s a very unlikely film for him to be associated with!

It’s true and that’s probably his strength in a sense, because he’s done two films with Anurag (Kashyap) as well. If I were to turn producer, I’d try and produce the kind of films I wouldn’t make myself. That makes sense. His strategy is to back people and ideas, regardless of how out-there they might be from his own sensibilities. It’s not even his sensibilities I guess, because there are a lot of movies I watch and I like, but wouldn’t necessarily make them. I love watching easy, light comedies but probably wouldn’t have the bandwidth to put two years of my life into making that.

Have you known each other for a long time?

I’ve known him for many years, since my first film (Manorama Six Feet Under) came out and we met at the Osian Film Festival in Delhi. We hung around and just got along and then we’d bump into each other and sometimes we’d hang out.

Saif’s got this inherent swagger and we’ve seen him in a lot more chocolate-y roles. He has, of course, done films like Omkara and a few others but he’s got this special ability to be dangerous, yet come across as likable. Even in Omkara, he plays a nasty character but there’s something likable about the guy... you understand why he’s like that. He’s got that special quality —it’s the swagger, the attitude.... Plus, he’s well-read, so I figured he’d get this part.

Before NH10, in an interview to The Telegraph you had mentioned about how long it took you to get that film off the ground. Did the success of the film make it easier to put this one together?

For sure. It’s not the kind of film that people would be falling over each other to try and make (laughs). Given how out-there this film was, four years is not too bad. I halved my previous record with a film that’s even more risky.

What did the success of NH10 change for you? Did it help open more doors?

It helped bring some credibility back. It’s almost superstitious —people believe if you’ve had films, which have not taken off for whatever reasons, you’re this unlucky person. And I had two-three films in between which stopped at various stages of pre-production. So, NH10’s release and how well received it was helped break that jinx for one. As far as doors, it’s a very small industry and once you’ve spent enough time here, getting through those doors is not that difficult... getting people to sign on the dotted line still is. But given NH10 (produced by and starring Anushka Sharma) had some degree of commercial success, it helped with that as well.

While NH10 was well-loved, there was some criticism about how violence was shown. Did that play on your mind while making Laal Kaptaan which also seems to have a fair amount of violence?

Not really. Before censor cuts, NH10 was even more violent. The way I wanted to depict violence in that film was to evoke disgust, because of the context in which the violence is happening. It had to be treated in a particular way for you to feel every punch. A person getting slapped in real life is a terribly humiliating and painful thing and it really depends on how you picturise something like that. Disgust is a valid response to try and evoke from your audience and it was important for that particular film. There is violence in Laal Kaptaan, but it’s much more comic book and not painful in that way. Things are larger-than-life and there is a heroic character.

Of the three films you’ve made, this seems to be the showiest and, like you said, larger-than-life…

I’ve always enjoyed these kinds of films, and wanted to do a film that has dialoguebaazi (smiles). It’s a different end of the pulpy spectrum, while noir is on the other. I love pulp in all its forms — in it’s more intimate forms and the slightly over-the-top forms as well. So, this is something I’ve wanted to make for a while.

There is an inherent darkness to your films. Is that something you naturally gravitate towards?

Yeah. I think I’m attracted to dark themes. My world view probably is a little dark. We live in times that are dark, so it starts to feel a little escapist to oneself once I step out of darkish territories. There are scripts I read and find interesting but the thought of spending two years making a light, fluffy comedy just doesn’t sound exciting. There’s something fake about it, personally for me, myself. I love watching them. I’d love to do a musical though, a light musical. I love song and dance... it’s probably the most joyous form of human expression.