Eight things that we have learnt from Lady Gaga 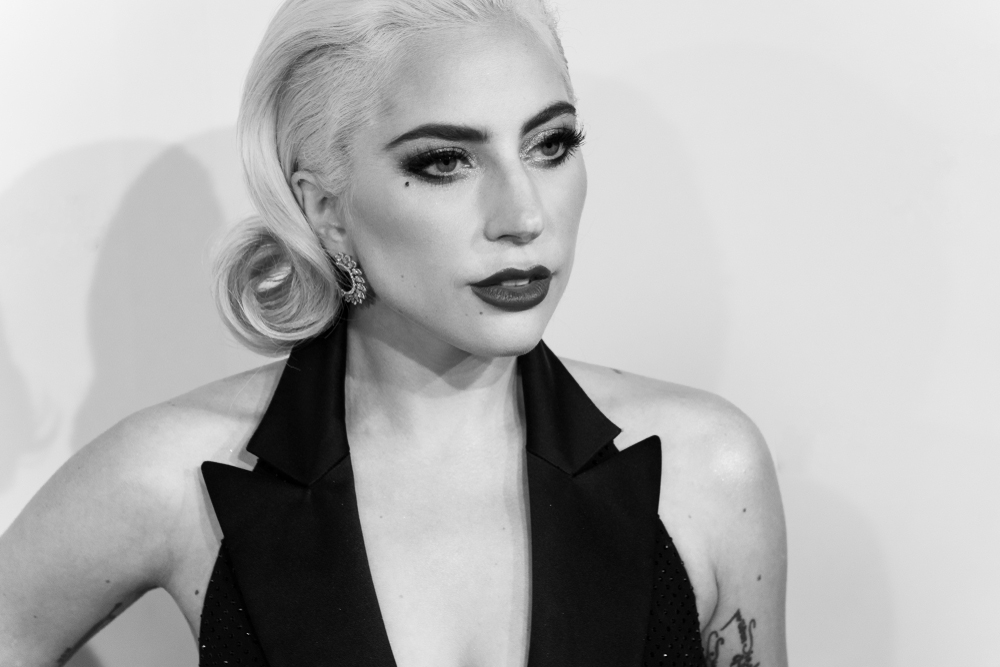 A live performance of Marry The Night
(File photo)

A young Gaga
(The Telegraph)

A still from Judas
(The Born This Way album)

The cover of Lady Gaga’s album Joanne
(The Telegraph)

Singer, actress, feminist, entrepreneur... Lady Gaga has been an idol to many the world over. In addition to motivational songs with strong messages, she is also vocal about her struggles and mental health problems, which she uses to strengthen others. She co-found the Born This Way Foundation with her mother Cynthia Germanotta to give a platform and safe space to those who have faced bullying or belong to the LGBTQ+ community. She even won an Oscar for Shallow from A Star Is Born for Best Original Song. She is a woman who doesn’t wear any masks and The Telegraph lists eight things she taught us through her journey.

It’s okay to be different: Lady Gaga is known for her out-of-the-box thinking when it comes to her appearance, performances and music. Who’d ever think, “Hey, meat... let’s wear it”?! Well Gaga did and no it wasn’t a celebrity stunt. She had worn the outfit while receiving her award for Video of the Year for Bad Romance during the 2010 Video Music Awards and on an interview on The Ellen DeGeneres Show, she said, “It is certainly no disrespect to anyone that’s vegan or vegetarian, however, if we don’t stand up for what we believe in, if we don’t fight for our rights pretty soon we’re all going to have as much rights as the meat on our bones. And! I am not a piece of meat.” The statement was made in reference to the US Military’s Don’t Ask, Don’t Tell policy. Not only that, she has appeared as her alter ego Joe Calderone (who we want to see again) and even performed Swine (from the Artpop album) while having someone throw up on her.

Marks aren’t everything: Before Stefani Joanne Angelina Germanotta became Lady Gaga, she used to be a straight A-student in school. She had joined New York University’s Tisch School and after studying there just for a year, she dropped out to pursue her career in music. She and her bandmates spent years playing in the clubs of New York and after a few failed record deals she was signed by Interscope Records with her first album The Fame, and there was no turning back after that. Although she dropped out she always requested her fanbase, the Little Monsters to finish school.

One good reason to not give up: There could be hundreds of reasons to give up on something but Gaga says that there could be one good reason not to. In her single Million Reasons from the 2016 album Joanne, she sings, I’ve got a hundred million reasons to walk away/But baby, I just need one good one to stay. In the song, Gaga refers to her other half in a relationship where he keeps messing up and she’s reaching a point where she can’t take it any more. But she still says that she has a million reasons to leave him but just needs one good reason to still stay. Not only that, during the press tour of A Star Is Born, Gaga’s debut film, at a lot of press gatherings and events the Born This Way singer said, “There can be 100 people in the room and 99 don’t believe in you, but you just need one to believe in you.”

Heal and share: Lady Gaga had spent most of her musical career shocking viewers with her outfits and performances but in recent times she has toned it down. In a recent interview with Oprah she said that it was all a part of her art form, so people would watch and listen and engage with her on a personal level. Does she have other shocking looks coming up? “It’s changed since then because number one, it is no longer shocking to have pink hair and two, I want to be vulnerable and honest about my life to you, about what I’ve been through, the struggles I’ve been a part of and share that with people so I can help others who are suffering, and one of those deep things I care about is mental health. There is a discipline in passion and this is a time for you to give back to yourself, so you sit in a state of gratitude and you’re able to give to those around you and be kind and that is how we heal the world,” she said.

Forgive your betrayer: Although many thought that Gaga’s single Judas upset religious sentiments, the song is actually quite far from it. The song is actually about forgiveness and betrayal of things that haunt a person’s life. During an interview with Fuse, Gaga said, “Those wounds never go away, they’re buried deep, you don’t see the scars or maybe they’re just really small and you put the Eucerin cream on them to make them fade. But sometimes they resurface. That’s what Judas is about. Releasing the things that haunt you, releasing the things you regret. It’s about saying, ‘If I never went through that I wouldn’t be where I am now.’ She also said in an interview with MTV: “Someone once said to me, ‘If you have no shadows then you’re not standing in the light’.” She said that the song is about washing the feet of both good and evil, understanding and forgiving the demons from your past in order to move into the greatness of your future.

Self love: Lady Gaga has never shied away from letting her fans know that she suffers from mental health issues, which have led her to suffer from fibromyalgia, a chronic disease that causes pain in the joints and muscles from head to toe, through your brain. “Fibromyalgia can be treated through mental health therapy and mental health is a medical condition, it should be treated as a medical condition and it should not be ignored,” she said on an interview this year with Oprah Winfrey. As a kid, Lady Gaga was always bullied in school and was made fun of for trying to be a singer and actor, which made her feel isolated. “In creating Gaga I was able to create a superhero for myself. The me I wanted to be. I wanted to be confident, filled with self-compassion, compassion for others. You could be here and you could have your vision here and then all of a sudden the two merge,” she said.

If there’s a rumour, own it: After Gaga’s performance at England’s 2009 Glastonbury Festival where she had worn a faux penis during a performance, the media went wild in trying to prove if she was a hermaphrodite. But did Gaga fight back? Hell no, she dealt it the way a Mother Monster would. During her Monster Ball tour in 2010 in Montreal, while performing Love Game, Gaga addressed the fans and said, “I don’t know if you’ve all heard but I have a pretty ginormous d**k. So come out, get your d**ks out. Welcome to the Monster Ball and now dance.” Not only that, during the 2011 VMAs when she dressed as Joe Calderone, Gaga took cross-dressing to a different level. She never broke character, used the men’s bathroom and even wore a prosthetic penis.

Marry your fears: The video for her single, Marry The Night, is somewhat “autobiographical” as she shows herself in a hospital after which she goes to a friend’s house and has a breakdown because she got dropped from a record label. “It is about my life and all the obstacles I went through during my rise to having a... job now!” she says on Ellen. She says that the video is a true live story from beginning to end. “(I) had to decide if I had what it takes from a heart perspective to do it all over again. Marry The Night is about marrying the darkness, marrying what is difficult about your life. So I guess what the video is asking from all of you is to bear your struggles very close to your heart and have them be a part of you that you’re proud of as opposed to be something that you’re ashamed of,” she said.