The Arjun Kapoor-Parineeti Chopra starrer has got a fresh lease of life, coming in for considerable praise for its takedown of patriarchy and toxic masculinity 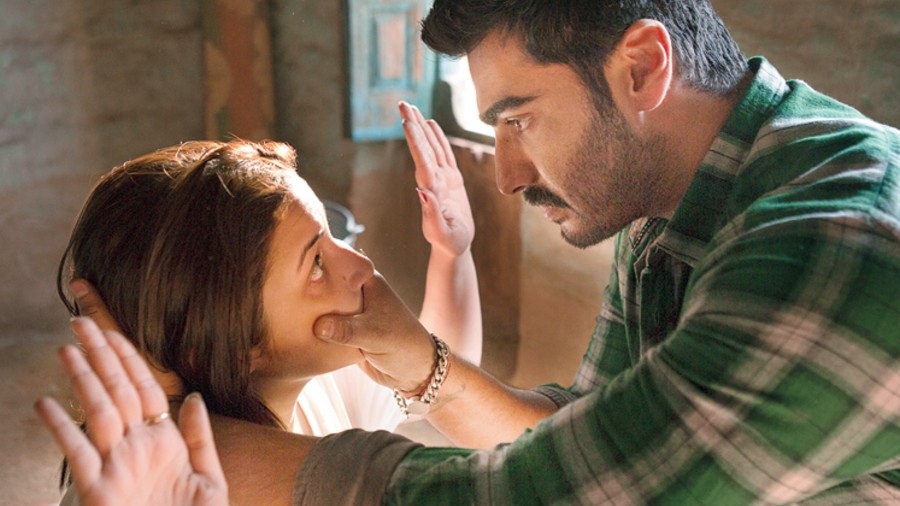 Sandeep Aur Pinky Faraar was supposed to release in March 2020, but just a few days before D-Day, India came under a strict lockdown on account of the Covid-19 pandemic. The Dibakar Banerjee film cooled its heels for a year and released in theatres in March 2021, but found few takers, though the reviews were largely positive. Now streaming on Amazon Prime Video, the Arjun Kapoor-Parineeti Chopra starrer has got a fresh lease of life, coming in for considerable praise for its takedown of patriarchy and toxic masculinity.

Dibakar, who is currently shooting his next film in Uttarakhand, chatted with The Telegraph, some patchy network notwithstanding, on the world and motivations of his slow-burn chase thriller which talks about caste and capitalism.

Sandeep Aur Pinky Faraar reinforces the growing belief that films now have a life beyond a movie theatre. Are you surprised by the sudden buzz?

After Sandeep Aur Pinky Faraar finished, I went off to work on another feature film and I am finishing it right now. I had a kind of detachment from the film’s release. Even now, given the echo chamber that I am in, I have no idea how many people have seen it. But the most gratifying feeling now is that among those who have texted in saying that they are liking it, a big part of that number saw the film with their families. I really wanted this to be a film that some kind of a ‘grown-up’ family could watch together... let’s say a 28-year-old watching it with a 62-year-old parent, and later discussing the film over dinner. My core dream was that.

The film is extremely layered. Are viewers coming back to you with specific nuances that you didn’t think they would pick up?

I am definitely being told about things that I didn’t know existed in the film, or which I actually hadn’t thought of! Someone wrote something about the film to me — which in all honesty, I have now forgotten — and I remember turning to my wife and saying, ‘But I didn’t intend this!’ She just looked at me and said, ‘Shut up and read!’ (Laughs)

Does the fact that your film has got a new lease of life on a streaming platform, without the pressure of the box office as a barometer of success, feel like a sort of validation for the hard work you put in?

To be honest, I am not looking for validation in the times we are living in. Varun Grover (the film’s co-writer) said the other day, ‘Sandeep Aur Pinky Faraar ko Covid do baar hua hain’ (laughs). We planned the release in March 2020 and then it didn’t happen and we waited for a whole year. The moment we did the release in March this year, the second wave came in. Even now, the film is being appreciated, but people are dying all around. How does one celebrate that? Does one think of a film or do we think of our families? Everybody is headf***ed. The fact that people are watching it in the middle of all this is gratifying.

Crony capitalism to toxic masculinity, gender conditioning to the idea of two Indias colliding, the film touches upon a variety of threads. Did all of them pop up together when you and Varun started writing it, or did one follow the other?

One followed the other. I had a very basic premise of the shootout scene at the beginning of the film, and before writing the film, Varun and I discussed a lot about the characters. That discussion validated the fact that both of us were looking at the same kind of film. A film which works at the intersection of gender and power, something that keeps happening in our lives every moment. This is roughly the vision that I had for the film, but there was a lot about it that I also discovered when I sat at the edit table.

The film pulls no punches in the assault scene involving Parineeti’s character Sandeep. It was a tough scene to watch. How challenging was it to write and then shoot it?

That scene creeped out both me and Varun. Both of us don’t feel very comfortable with that scene though we have written it. But it’s a scene which is necessary to the story and we had to go with it.

How important was it to shoot this film on location in Uttarakhand, on the India-Nepal border?

Very important. It’s very expensive to create authenticity on a set. You can’t really replicate those locations... you have to go and live inside them, feel them and then change them a little bit according to what you want in the film. For me, shooting on location is actually a shortcut and not the other way round. If it’s available, there is no reason why we shouldn’t go on location and shoot in order to tell a story better. 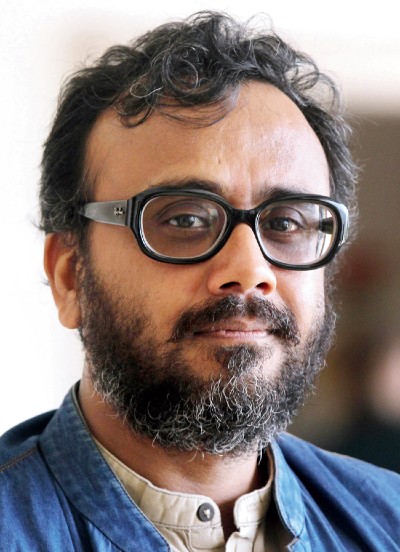 Dibakar Banerjee
Sourced by the correspondent

The film is both a takedown and a breakdown of masculinity, especially in the last scene where we see that distinct shift in Arjun Kapoor’s Pinky when he dances and crosses the border. Arjun is known for his overt masculinity. Was choosing him for this part by design?

I was very clear about Parineeti being Sandy. That was the plank on which the film was set. The broad structure of Pinky’s character was roughly there. At some point, Adi (Aditya Chopra, producer) spoke to me about Arjun, and the fact that Arjun, in Adi’s opinion, was at the juncture where he would be willing to jump out of his comfort zone and give his all to the role. He told me, ‘Arjun is absolutely ready to do something like this and go through all the pain that I know you will make your actors go through!’ (Laughs)

Arjun and I had a chat and I figured I needed someone like him who could bring in a certain vulnerability. We now need actors who bring their genuine metrosexual vulnerability to screen. I felt there is a strange vulnerability to him that we needed for Pinky.

Arjun worked his ass off to try and understand the world of Pinky, which is very different from his. He got the nuances of Pinky’s speech and we discussed Pinky’s motivations at length. He went to Delhi and spoke to cops there. We put him through a boot camp without the film even having a single action sequence involving Arjun. In the film, we make Pinky dance. But Arjun actually went to police camps and swung from ropes and did some bizarre exercises for three days! (Laughs)

We also did workshops on how kinship and family is deeply metastasized into what we call work life. How social relationships find their way into the workplace. All of that was great fun to do, actually. We were in the mood of, ‘F*** it! Let’s do it the way we want to do it and then see what happens’. That sense of a jump into the unknown probably helped the film. I simply jumped into the unknown to make this interestingly cast film which tells a very different story.

The strong woman stereotype in Hindi films is that of a woman who drinks, smokes and swears. Sandeep does none of those things. Was that by design in order to overturn that stereotype, as well as the unconventional relationship that Pinky and Sandeep share?

It’s not by design, it’s actually by life. Varun said in a recent interview that he finds representing life as it happens on screen a lazier but satisfying solution than working out a scenario that doesn’t quite convince you that it can happen. For us, it was the story of a relationship between the two of them. And in the writing and filming, you can see a touch of tenderness. We discussed what is love, and in the context of these two characters, it’s trust. The relationship they have is not romantic, but is very close to a kind of romanticism about people forgetting their class and gender and coming together just for humanity. We never thought of it as a love story where love happens. We thought of a real story where 30 years from now, Sandy would tell her partner... a story about this strange love she had which she will never be able to put in an envelope and classify.