Director Chris McKay on his film ‘The Tomorrow War’

‘I would really like to tell the audience that please don’t watch the film on your phones. Go and watch it on the biggest TV with the loudest sound that you can’ 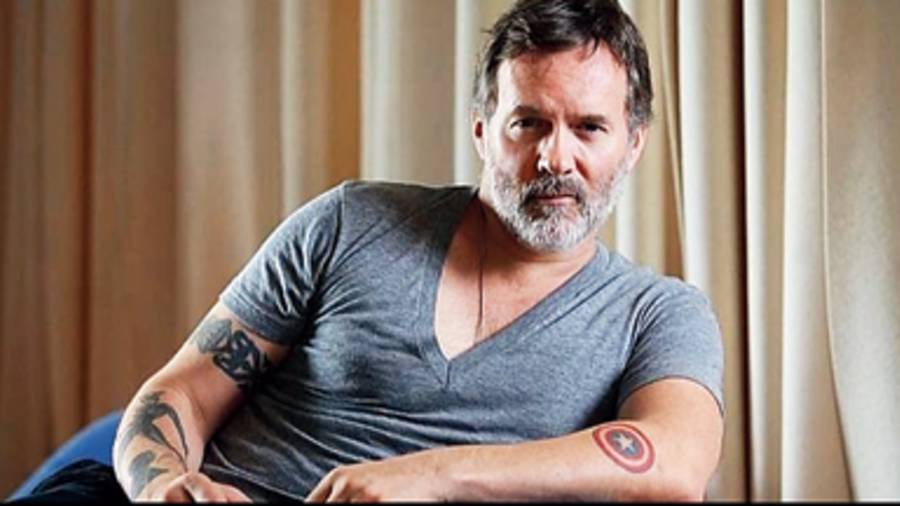 The Tomorrow War, now streaming on Amazon Prime Video, has Chris Pratt’s Dan Forester banding together a mix of present-day soldiers and civilians to travel 30 years into the future to fight an alien army and save humanity from extinction. The Tomorrow War — a mix of eyeball-grabbing action and deep emotions — is directed by Chris McKay, in what is his live-action feature film debut. McKay has been a prolific maker in the animation genre, helming hits like The Lego Movie and The Lego Batman Movie.

Over a late-evening cross-continental Zoom call, The Telegraph chatted with the film-maker on his transition to live action, the action vs emotion debate and the alien movies he’s grown up watching.

A dystopian world infested with aliens, a world with a future that is unknown, is a sure-shot box-office hit formula. I know The Tomorrow War was wrapped up just days before the pandemic ravaged the globe, but does it feel oddly relevant in the scheme of things today?

Weirdly, it does feel relevant. We had no idea about the pandemic when we were making it, of course, but the movie is definitely about existential threats and how you get a bunch of people to fight something like that. We didn’t go too much into the backstories of the people rioting on the streets and stuff like that, but you can imagine those things played on our minds, given the times we are living in politically. Scenes of protests and all of that.

The movie is about mankind facing a global threat and then we have to decide what we want to do in terms of priorities... do we focus on selfish priorities or do we look at our responsibility towards future generations.... Those were the things I loved about the script. The big question this film poses is that how do we leave the world in a better place than how we found it? How do we try and live every day like that? Those were some of the things already on my mind when I read the script. It pretty much dovetails into everything we are experiencing today, like you said. We don’t know what will happen in six months, though we are all hoping for the best.

Given the scale of the film, did you at any point think that you were taking on too much, considering this is your first live-action feature?

I have always tried to take on challenges, in my life and my career. I work well under stress, and I like to have big problems to work on. Movies are fun puzzles. No matter what budget, no matter what you are talking about... they are fun puzzles to figure out, with really talented people all around you to help you make a great film. On The Tomorrow War, we had a really great cast and crew and I always knew I had some amazing people to step up and help me, provide solid solutions and give answers to questions. It was a really great collaborative effort.

There are some similarities between animation and live action. The amount of pre-planning required is something that I learnt in animation and it also taught me how to leave behind stress when one plunges into making a film. That’s because you are armed with knowledge and armed with confidence. I did a lot of homework while working on animation which came in handy while working on this live-action film. It’s the preparation that made the difference.

This is a film that was undoubtedly made for the big screen. What are the emotions like knowing that the big action sequences will be watched by most audiences on screens as small as their mobile phones?

You are a 100 per cent right when you say that this is a spectacle movie made for the big screen. That’s obviously every film-maker’s dream. I grew up watching big films in movie theatres.

For this film, we made a theatrical version. But we also specifically mixed the sound and did the colour correction for a home version. We wanted the home version to also be something that we are all proud of. So we mixed it keeping home theatres in mind. The HDR version is actually the best-looking version of the movie... it really is spectacular and you can see every detail. Larry’s (Fong) cinematography plays really well and so do the visual effects.

I am really happy with the way that version looks. It looks amazing, sounds amazing.... So don’t watch it on your phones... watch it on the loudest home theatre system with the maximum bandwidth you can possibly get. And if anything, this is a movie that’s meant to be watched with people around you.

Chris Pratt and Jasmine Mathews in The Tomorrow War, now streaming on Amazon Prime Video
Sourced by the correspondent

This is an action spectacle rooted in deep emotions and asks questions about the present and future of humanity. Do you think that in a film with so much jaw-dropping action, the viewer often tends to miss out on the emotion?

Yeah, you do bring on a fair point. Spectacle has a way of overtaking emotions. I have tried to create a balance in this movie. I really want the audience to have moments where the emotions sink in and can be absorbed. The movie has patterns where the viewer has the space to reflect on the relationships and what Chris Pratt’s character Dan is going through. There are moments of reflection, there are moments of levity. They also help in breaking the pace... it’s not just one tone of intense action. The narrative has peaks and valleys. So while our film has breathtaking action sequences, there are deeply moving moments too, something which the sound design and music also reinforce.

Which are your all-time favourite alien movies?

I grew up loving sci-fi, action and horror movies. A genre movie where you get to do a human story are my favourite kinds of movies. And that was my dream to make one day. So I grew up watching (Steven) Spielberg movies like ET. Ridley Scott’s Alien, James Cameron’s Aliens, Predator.... They were huge influences on me as a kid, and later when I wanted to become a film-maker. They are great rollercoaster rides. Some of them, like ET, are great emotional experiences. John Carpenter’s The Thing (above) is one of my all-time favourite movies in the genre. It’s such a well-done movie, and I think the tone and pacing of that movie is so amazing. The visual effects for that time were extraordinary and I think they still stand the test of time. I love the design of the Xenomorph in Ridley Scott’s Alien.

Going forward, will you concentrate more on live-action films?

I love animation and I enjoy working in it. The good thing about animation is that it can take years to make, and one can have a live-action career at the same time. A lot of the time it’s just about finding the right scripts and the right partners... it’s either about material or the team or something like that. I just need to say, ‘That’s the stuff I want to work on,’ irrespective of medium or genre.