From trailers to teasers, here’s a quick recap of the week that was for the south film industries 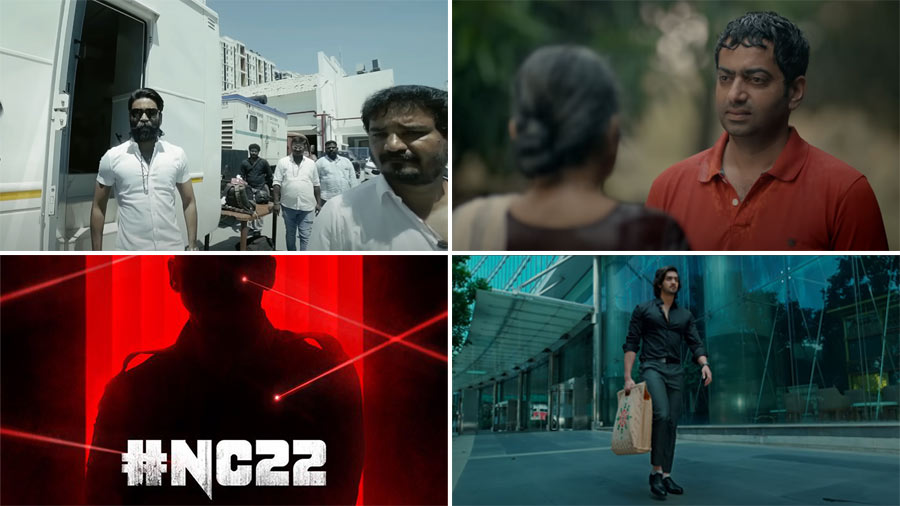 New trailers and first-look teasers from the Tamil, Kannada, Telugu and Malayalam film industries have us fans excited. Besides the trailer launch of Upendra’s Kabzaa and Ashok Selvan’s Nitham Oru Vaanam, announcements related to films headlined by biggies like Kamal Haasan, Dhanush and Naga Chaitanya have piqued the interest of cinephiles.

The makers of Dhanush’s upcoming film Captain Miller have shared a video of the puja held to mark the beginning of the shoot. Directed by Arun Matheswaran, the film also stars Priyanka Mohan, Sundeep Kishan and John Kokken.

Dhanush is likely to sport three different looks in this film and the story traces 15 years of the character’s life. Captain Miller will release in many languages including Tamil, Telugu and Hindi.

Indian 2 is produced by Lyca Productions, which also produced Rajinikanth-starrer 2.0 and Darbaar. Anirudh Ravichander will be scoring the music for the film.

Saregama Malayalam dropped the teaser of their upcoming film Pallotty 90s Kids. Directed by Jithin Raj, Pallotty 90s Kids is based on the much-celebrated short film Pallotty. The story revolves around two young boys and their friendship and it aims to take the viewers on a nostalgic ride back to the 1990s.

The one-minute-22-second-long teaser starts with a voice-over of god and then explores several nostalgic elements from the 90s. The film, produced by Sajid Yahiya, stars Arjun Ashokan and Balu Varghese in lead roles.

The music of NC22 has been scored by Ilaiyaraaja and Yuvan Shankar Raja, which also marks their first film collaboration. NC22 is produced by Srinivasaa Chitturi of Srinivasaa Silver Screen.

With Divine Blessings of #ANR Garu,

The one-minute-44-second-long teaser focuses on Niranjan Sudhindra as he walks through a city, possibly in some foreign nation, in a black shirt, grey trousers and black leather shoes. The film also features Ramesh Venkatesh Babu and Raghavendra.V. Superstar will release in Kannada, Hindi, Tamil, Telugu and Malayalam.