Deverakonda-Ananya on Koffee with Karan to Czech and Polish dramas: Watch these new trailers 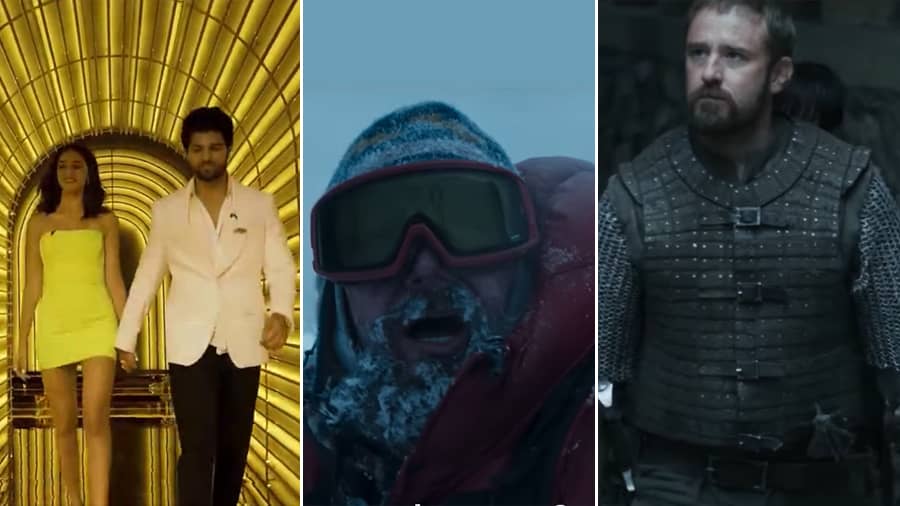 The teaser for the fourth episode of  Koffee with Karan Season 7 shows first-time guests Vijay Deverakonda and Ananya Panday sharing an easy chemistry.

The streaming service tweeted the video and captioned it, “What happens when the bold and the beautiful spill their Koffee beans? You get our hottest episode yet✨ Episode 4 of #HotstarSpecials #KoffeeWithKaranS7, streaming from this Thursday.”

What happens when the bold and the beautiful spill their Koffee beans? You get our hottest episode yet✨

Show host Karan Johar dropped a teaser on Twitter and wrote, “Serious question - do you like 🧀? Then you’ll love Episode 4 of #HotstarSpecials #KoffeeWithKaranS7, streams from this Thursday only on Disney+ Hotstar.”

Deverakonda and Ananya will be seen together ahead of the release of their August 25 action film Liger directed by Puri Jagannadh and produced by Karan Johar’s Dharma Productions.

The official trailer of the upcoming Czech action historical drama film Medieval starring Ben Foster, Michael Caine and Til Schweiger was released today. It is billed as the most expensive Czech film ever made.

Directed by famous Czech actor-director Petr Jákl, Medieval is set prior to the Hussite Wars and tells the story of how Žižka (played by Ben Foster) became a famous military commander.

From the trailer, the production quality looks extremely polished and the battle sequences are really realistic. Medieval is set to release on September 8.

Netflix dropped the trailer of their upcoming Polish historical drama Broad Peak, based on legendary Polish mountaineer Maciej Berbeka, a member of the Ice Warriors group who wanted to reach the top of one of the most dangerous mountains in the world. The film tells the story of the mountaineer and his brutal experiences of climbing and the drama that unfolded.

Maciej Berbeka returns to one of the most dangerous mountains in the world, Broad Peak, to clear his good name. Returning to the Karakoram comes with hard decisions that will forever change his life and the ones close to him.