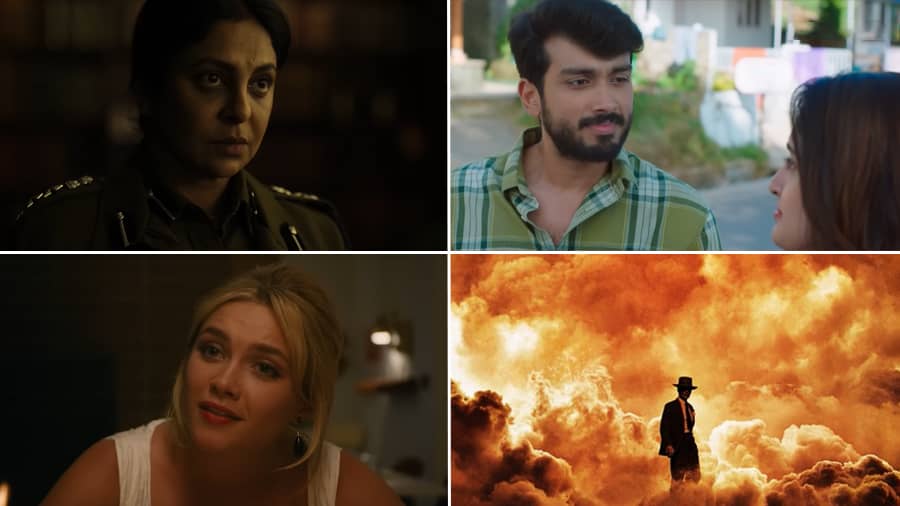 Shefali Shah’s DCP Vartika Chaturvedi, as well as most of the supporting cast from the first season — Rajesh Tailang, Adil Hussain, Rasika Dugal and Gopal Dattare — are returning in Season 2 with some new additions to the cast.

The short teaser shows how Delhi Police is on the hunt for a serial killer as they grapple with a shortage of staff and growing crimes.

The poster shows a huge ball of fire and smoke in the background and a figure in the foreground, along with the tagline “The World Forever Changes”.

#Oppenheimer - Only in theaters 7 21 23 pic.twitter.com/olB1RLnNZl

The story of this heart-warming drama revolves around six strangers who embark on a road trip in Tamil Nadu to find closure for their personal challenges. During the trip, the travellers fulfil their wishes on their bucket list. It will be released in Tamil and Telugu languages.

Directed by Kiruthiga Udhayanidhi, Pocket Rocket will premiere on Zee5 on July 29.

The film revolves around a housewife whose seemingly idyllic life begins to break down after she starts discovering strange things within her community.

Don’t Worry Darling is scheduled to make its premiere in theatres on September 23.