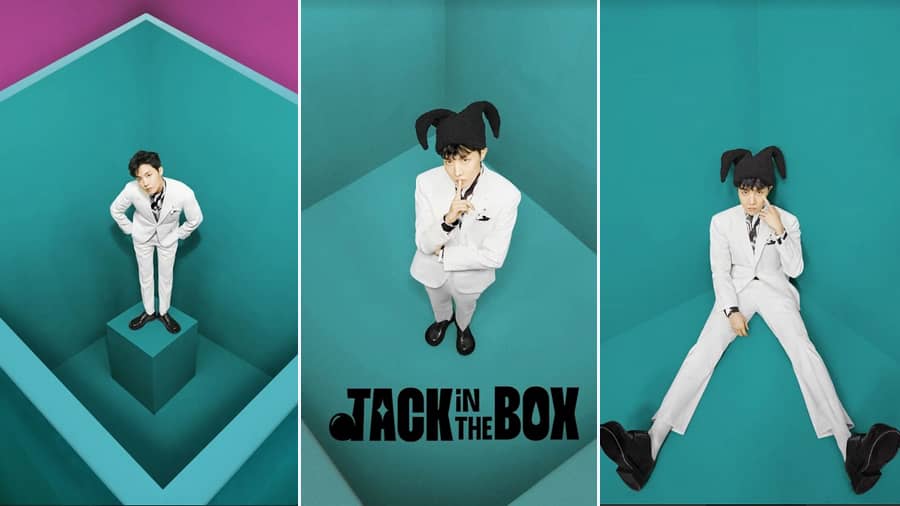 J-Hope of K-pop band BTS unvieled the first images from his upcoming solo album Jack in the Box on Monday. His first solo album will be released on July 15, the South Korean rapper had announced earlier.

This development comes close on the heels of the popular boyband's official announcement that they would focus on solo projects in the coming months.

The South Korean rapper also shared a small video on his official Instagram account about the album.

Record label BRIGHT MUSIC has also confirmed the album on Twitter. According to the official announcement, “Jack in the Box lends voice to J-Hope’s aspirations to break the mould and grow further. The album represents J-Hope’s own musical personality and vision as an artist.”

While making the announcement of solo projects earlier this month, J-Hope said he sees it as a healthy step. “I think we should spend some time apart to learn how to be one again,” he said.

“I hope you don’t see this as a negative thing, and see it as a healthy plan. I think BTS will become stronger that way,” the 28-year-old added.

This is the first time J-Hope is officially releasing a solo album. J-Hope previously released a mixtape (non-regular album) Hope World in March 2018 and managed to join the US Billboard 200's main album chart for two weeks, reaching the 38th spot. He also collaborated with American singer and actor Becky G to record Chicken Noodle Soup the following year, which peaked at number 81 on Billboard's top singles list.

Despite the drama that surrounded its release, BTS' brand-new compilation album Proof became their sixth to debut at the top of the Billboard 200 chart earlier this week. The band made a decision to take a hiatus to concentrate on their respective endeavours four days before the release of Proof.

The debut single of Jack in the Box will be released on July 1.