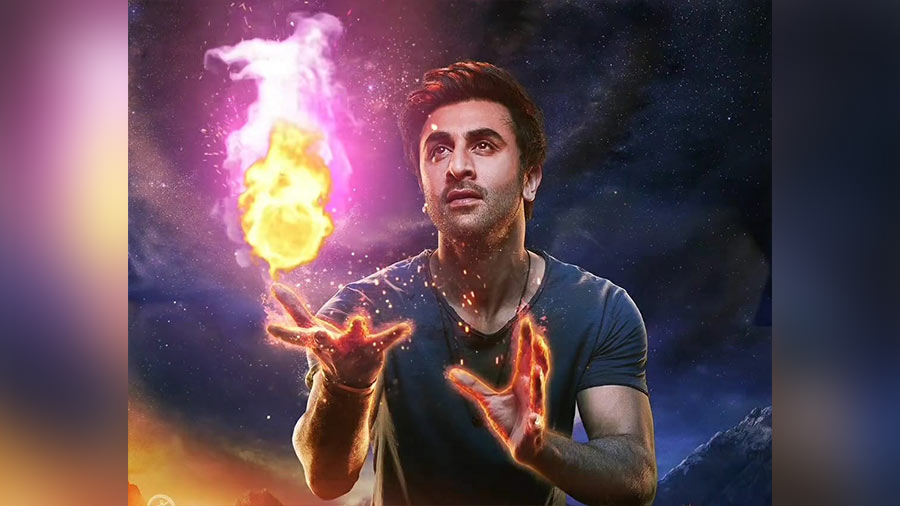 Ayan Mukerji’s labour of love, Brahmastra: Part One - Shiva, has hit the big screen after a long wait, prompting eager fans to make a beeline for the theatres. That Ayan has put his heart and soul into creating this ‘Astraverse’ is evident from the visual spectacles churned out by this epic fantasy film. With a budget of a whopping Rs 410 crore, Brahmastra is being touted as India’s answer to the Marvel Cinematic Universe.

Starring Ranbir Kapoor, Alia Bhatt and Amitabh Bachchan in key roles, Brahmastra tells the story of India’s glorious past — the Astras which our sages possessed, with Brahmastra being the biggest of them all and known as the ‘Astro Ke Devta’ (biggest weapon of them all) that can destroy the universe.

However, with the cumulative power of their Astras, these sages (known as Brahmansh) kept in check the destructive energy of Brahmastra. That is until now. Thus begins the tale of Shiva (Ranbir Kapoor) and Isha (Alia Bhatt) and how fate brings them together to unravel the secrets of the universe.

Here’s your sneak peek into Ayan Mukerji’s Astraverse (warning: spoilers ahead) before you catch Brahmastra this weekend.

Vanarastra: As the name suggests, this Astra gives one the power of a vanar (monkey). Shaped like an anklet, the Astra enables its wearer to jump and climb with the agility of an anthropoid. Played by none other than Shah Rukh Khan, Vanarastra sets the tone for the ensuing saga. In the film, Shah Rukh’s character has been named Mohan Bhargav, a space scientist who set up the institute SpaceHind 25 years ago, as a nod to the superstar’s 2004 film Swades.

Nandi Astra: Nandi the bull is the fabled vahan (vehicle) of Lord Shiva. Needless to say, this weapon transfers the strength of a thousand bulls to the wearer. Popular Telugu actor Nagarjuna’s Anish Shetty has been bestowed with this Astra. The way he uses the Nandi Astra, worn as a bracelet, to fight the evil forces is sure to give you an adrenaline rush.

Prabhastra: Amitabh Bachchan, the grand old man of Bollywood, essays the character of the almighty Guru, who leads the clan of Brahmansh. Residing in a guarded ashram in the foothills of the Himalaya, Guru yields the mighty Prabhastra, or the sword of light. He acts as Shiva’s mentor and helps him channelise his inner powers.

Jal Astra: The movie does not reveal who yields Jal Astra, or the power of the water. The rumour mill went into overdrive ever since the teaser of Brahmastra was released, with fans speculating that Deepika Padukone is playing this part. The identity of the actress apart, Jal Astra has a significant part in the Astraverse, and one hopes the second part in this trilogy will reveal more about this mysterious superwoman.

Agni Astra: Anyone who has watched the trailer knows that Ranbir Kapoor’s character, Shiva, has a weird connection with fire — it doesn’t burn him and he can control it at will. But there is a deep mystery behind Shiva’s love-hate relationship with fire. And it has something to do with his lineage. Watch the film to know more.

These apart, the Astraverse is well stocked with other Astras. A motley of actors play young apprentices learning the ancient wisdom of using these weapons when duty calls. Some of these include Pawanastra, Gajastra and Nag Dhanush.

So, go ahead and immerse yourself in this magical fairytale of ancient Indian Astras. Brahmastra has been running in theatres across the country since September 9.