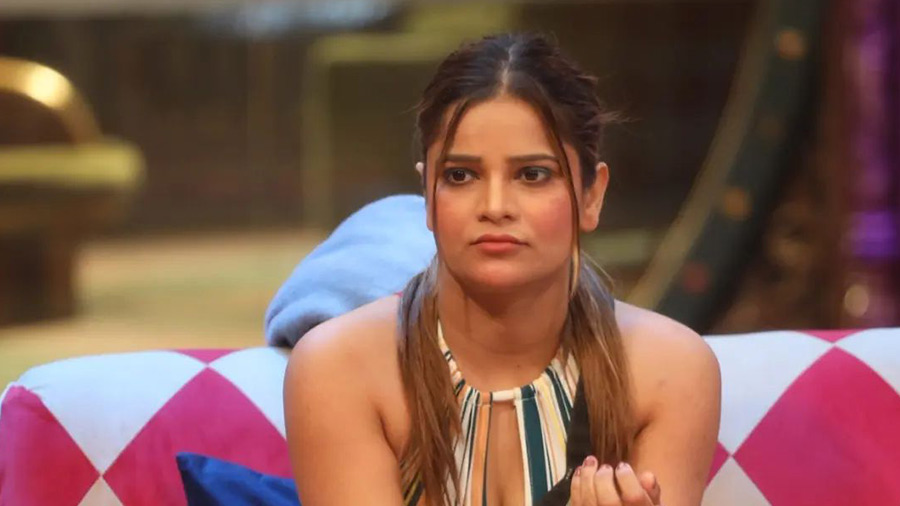 Saturday’s episode of Bigg Boss 16 Weekend Ka Vaar will get heated with host Salman Khan schooling Archana Gautam for the outlandish comments she made about other housemates. Earlier this week, Archana had shared some unsavoury remarks about the way Sumbul Touqeer Khan and Shalin Bhanot look.

In a promo released by Colors TV, Salman is seen warning Archana. “For Sumbul, you said take a look at their faces before making them the queen or king. Her face is popular across India. People know her for this face. For Shalin, you said he barks like a dog,” an angry Salman said.

Archana tried to defend herself, but Salman shut her up. “What do you think of yourself?” he asked.

In another video, fans of the show are seen on stage with Salman. They ask questions to the housemates, which the contestants have to answer. One person asks Shalin why he keeps running behind Tina all the time. Another audience member wanted to know from Tina Datta whether her relationship with Shalin is genuine. “I came on Bigg Boss as an individual contestant. This is a game and I played it like one,” she replies.

She, however, is left in a fix when Salman inquires whether she is playing a game with Shalin too.