The Telegraph spotlights the ‘TOP’ moments of the star-studded event 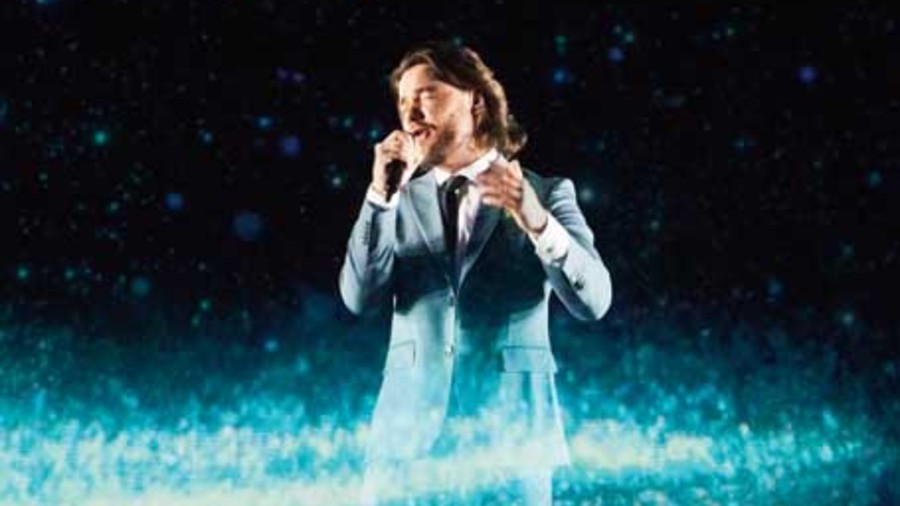 Singer Liam Payne kicked off the awards at London’s Royal Albert Hall on Sunday night (the technical awards were announced a day earlier) with a unique rendition of his song Midnight, which saw the

long-haired and now buffed-up singer performing with a hologram of himself. Dressed in a turquoise suit, the One Direction singer earned praise for his act. He later said, “Performing live via my own avatar in thousands of peoples’ homes, gardens and parks across the country, blows my mind!” 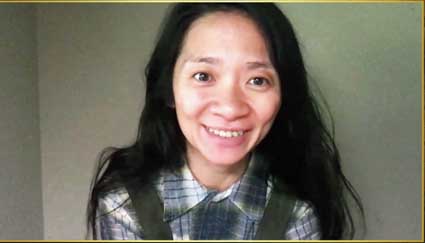 Favourite Nomadland won the top awards for Best Film, Best Director (Chloe Zhao), Best Actress (Frances McDormand) and Best Cinematography (Joshua James Richards). While McDormand — who steals the show in this uplifting tale of fighting against all odds — was not present to receive her award virtually, her director was. Zhao became the only female director of colour to ever win the top prize at the BAFTAs. “Thank you for showing us that ageing is a beautiful part of life — a journey that we should all cherish and celebrate. How we treat our elders says a lot about who we are as a society, and we need to do better,” said the 38-year-old film-maker, dressed in her trademark plaid shirt and dungarees.

Women stood tall at the awards. Four of this year’s directing nominees were female, including Zhao and Emerald Fennell, who was nominated for her debut feature, Promising Young Woman. Fennell won for Best Original Screenplay and Best British Film. 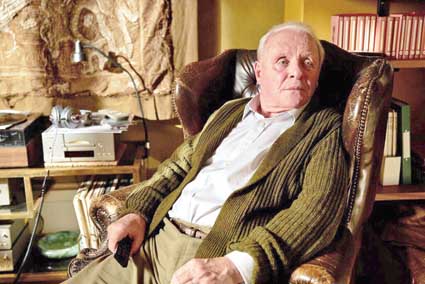 Anthony Hopkins pipped favourite Chadwick Boseman (who passed away last year) to win Best Actor for The Father. The 83-year-old veteran gave the show a miss, though he did make a cameo at the winner’s virtual press conference, putting his absence down to the fact that he he had been “working on his canvases”. “I am sitting here covered in paint, and I heard a massive cheer next door. I thought it was a football match!” he laughed, in typical Hopkins fashion. For the record, Indian actor Adarsh Gourav was nominated in the same category for his powerful act in The White Tiger. 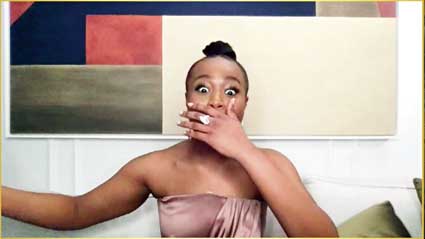 The best award acceptance moments of the night came courtesy Bukky Bakray and Yuh-Jung Youn. The former, who became the youngest at 19 to win The Rising Star Award, had her family hysterically screaming in the background for 15 seconds before she paid a moving tribute to her fellow nominees and those lost to the Covid-19 pandemic over the last year.

South Korean actress Yuh-Jung Youn, a surprise winner for Best supporting Actress for Minari, delivered some chuckles when she said that while every award is “meaningful” to her, to be recognised by the “very snobbish” British felt particularly special. 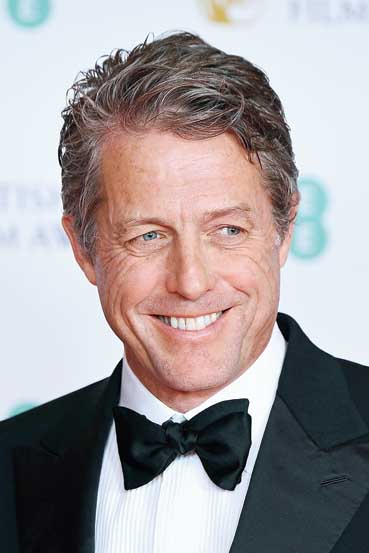 Trust Hugh Grant to make the BAFTAs light up with his trademark wit. Presenting the BAFTA Fellowship to prolific film-maker Ang Lee, who he worked with in Sense and Sensibility, Grant deadpanned, “If you are one of those people like me who likes to look up your rivals and contemporaries on Rotten Tomatoes and rejoice in their splats, you will be sorely disappointed with Ang, because his page is just a sea of red. If he were actually to wear all the laurel garlands that he’s been awarded in Cannes and Venice and Berlin over the years, he would basically be a hedge!” 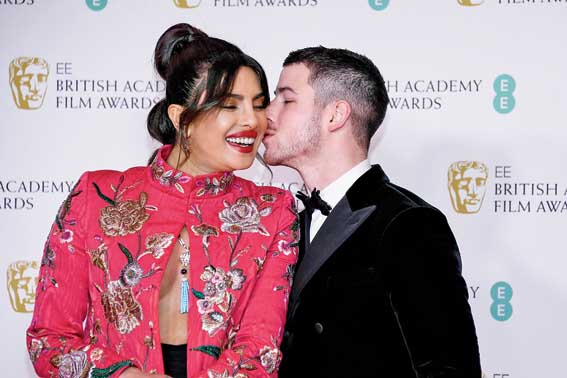 With no red carpet outside the Royal Albert Hall this year, it was only some award presenters who turned up in person to record their segments in front of an empty auditorium. The fashion spotlight was stolen by Priyanka Chopra Jonas who sported not one, but two looks for the night. PC walked the red carpet, with husband Nick Jonas (above), in a decolletage-baring embroidered red jacket with a daring front slit and white harem pants from fashion label Pertegaz’s fall/winter runway collection.

What caught our eye, however, was her stunning Ronald van der Kemp couture black number (below) with a handpainted and beaded butterfly centrepiece. The upcycled outfit, made by reusing pieces from the designer’s previous creations, was complemented by matching manicured nails, red lips and Bulgari jewels. We love!