‘For me, it was a very positive, life-changing story that needed to be told’ 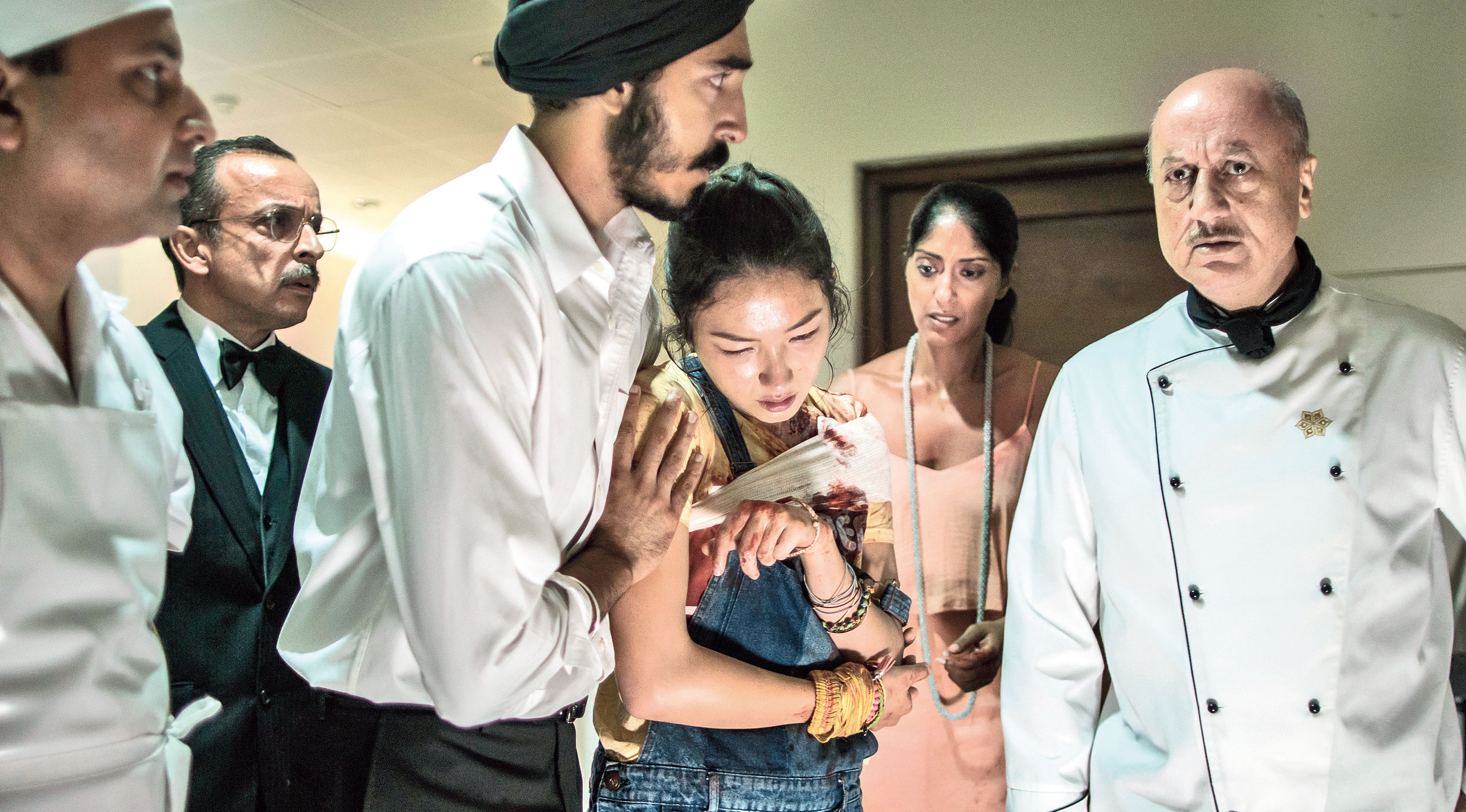 Hotel Mumbai, releasing today, traces the Mumbai attacks of November 26, 2008, through the prism of what took place on that fateful night at one of the prime targets of the attack — the Taj Mahal Palace in Colaba, one of the city’s biggest hotels and a prominent landmark.

More than a decade later, Hotel Mumbai — directed by Australian filmmaker Anthony Maras — shows the human face of the tragedy and depicts resilience against all odds and has Anupam Kher, Dev Patel and Armie Hammer leading an ensemble cast. t2 chatted with Maras on what prompted him to tell such a difficult story and how he ensured the depiction of a history-altering tragedy didn’t end up being exploitative.

Hotel Mumbai released in some parts of the world a few months ago. How important is it for you that the film is finally releasing in India?

It’s coming back home. This journey started almost five years ago when we first went to Mumbai and met many of the survivors of the (26/11) attacks. To be honest, I am nervous but also quite excited that the film is finally all set to get its release in India. The film, obviously, couldn’t have been made without the efforts of so many of our Indian collaborators. It’s a film that needs to be seen by the people of India.

The film comes 11 years after the attacks and there has been a Bollywood film (The Attacks of 26/11 by Ram Gopal Varma) and a few documentaries made around it already. What prompted you to make Hotel Mumbai?

It was prompted by the desire to tell things that people probably wouldn’t know about the attacks. I have a friend who narrowly missed being a target of the attack. She’s an Australian girl married to an Indian man and they were staying at the Taj (Mahal Palace, Colaba) that weekend. They were on their way to Leopold (Cafe, one of the targets of the attack) and while they were on their way there, the gunshots first rang out. They narrowly escaped. I heard that story and I was horrified by it. Like the rest of the world, I had, of course, seen the attacks on television.

But it wasn’t until I watched a documentary called Surviving Mumbai (2009) that I started to see a different side of the story. This side of the story was not the one that was shown on news telecasts, it wasn’t about the facts and figures and how many people were killed and how many injured…. It was about what everyday people, the common man in Mumbai had to endure to survive the attack. What struck me was the exemplary courage shown by the guests as well as the staff members of the Taj hotel…. Time and again, there were examples of regular people stepping up to help in the face of security forces not being able to neutralise the situation immediately. I was astounded by these countless stories of selfless altruism. It just made me ask myself, ‘What would I have done in this situation? What would I do if I was in that hotel and knew I had only a few minutes left to live?’ The first instinct would be to run and hide, to get away. This was a terror attack that had so many people putting the lives of strangers ahead of themselves. Staff members of the Taj who had initially escaped went back to help their colleagues and hotel guests. It was these personal stories that made me think that there was a much deeper story than just the terror attack.

So, basically the humane side of the city is what you wanted to capture…

Exactly! We got access to many thousands of pages of the transcript from the trial of Ajmal Kasab (one of the terrorists who was captured alive). These transcripts contained his confession, interviews, his life story, his interactions with his handler during the attack… and from that, a whole new picture, a deeper story emerged about the kind of people the attackers were. That is something that we were interested in exploring in the film.

In particular, there was an account of a Muslim woman being caught up in the attack and she and her husband were among the guests who were being executed. At that moment, she started reciting a sura, which is recited during a funeral in her religion. She did it not out of the hope that she would survive, but when an unarmed woman looks into the eyes of a gunman and recites this beautiful sura it completely disarms him and does away with so many years of indoctrination and hatred. We’ve shown that in the film and that was something I was interested in exploring. That how religion can compel some people to indulge in great destruction and yet give others a sense of calm strength and power.

What were the biggest challenges of making a film that’s not only a difficult story to tell but must have also been a logistical nightmare?

If we had about 20 hours, I could list them all! (Laughs) I think more than anything, having sat across the table from so many survivors, the heaviness of the responsibility to tell their stories with accuracy and feel was the overarching challenge. On top of that, there were a million logistical issues. We had a huge international crew, many of whom were shooting in India for the first time. It was my first feature film and to pull off a film of this scale was difficult. But we had one of the greatest crews and our Indian collaborators were incredible. I would shoot again in India in a heartbeat. And this time I know some of the tricks that I didn’t know the first time around! (Laughs)

In hindsight, do you feel you should have picked a less difficult story to tell on debut?

I am very grateful for the opportunity. I am honoured to have been chosen to tell this story and craft this film about regular, everyday heroes. I wouldn’t change it for anything.

How much of the film is fact and how much has been fictionalised?

The film is thoroughly researched and most of the accounts shown in the film happened for real. We’ve had to amalgamate several characters into one and that was primarily done to respect the privacy of some of the people we had interviewed. These were people who were more than cooperative to share their accounts but didn’t want their names to be used. We changed the names of several key characters, but the accounts are real.

There have been reports that the film compresses the events of three days into that of one night, which is incorrect. The film follows the attack as it happened at the Taj and particularly focuses on a group of people who took refuge in the Chambers’ Lounge and most of them were evacuated between 5am and 8.30am the following morning. The film follows that story and that’s the one we end on. It took Indian security forces a few more days to neutralise the attacks across the city.

One thing that was changed was that we show the gunmen arriving into Mumbai just as the sun is setting. In reality, that happened at night, but we weren’t able to shoot at that time. So basically, it’s little things like that.

When you make a film like this, how do you tread the thin line between telling the story as it happened and not being exploitative?

That’s a very good question. The primary idea was to always tell the stories as they were told to us without turning the film into Die Hard! (Laughs) This wasn’t about a hero coming in and rescuing people… this was about regular people finding the strength within themselves to survive. I didn’t find that exploitative when I first heard it… for me, it was a very positive, life-changing story that needed to be told. What storytelling allows us to do is empathise with the personal accounts of people and give a face to an insurmountable tragedy.