'Asur' is my best till date: Nusrat Jahan

The actor on acing the act, her goals and a birthday wish 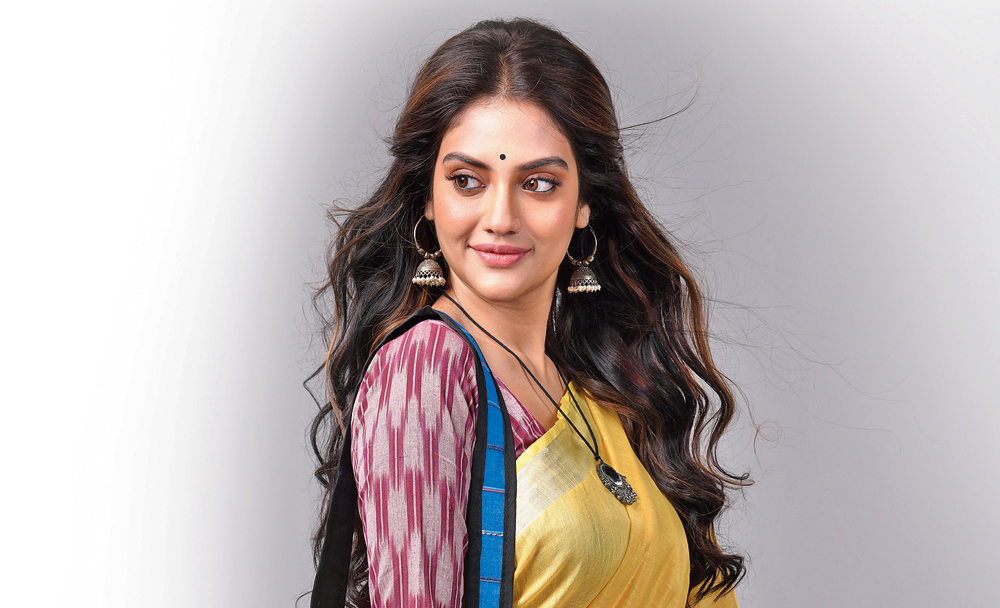 In a 2018 chat with The Telegraph, Nusrat Jahan had said, “I will do everything that makes the people around me feel proud.” Her ambition was to do the best for herself and the people around her. Nusrat became an MP in 2019. And now, at the beginning of 2020, she is looking forward to the release of her film Asur (directed by Pavel). A chat with Nusrat…

Your debut film Shotru came out in 2011. What were your dreams then?

Life has taken me to places I had never thought about. I was enjoying the process then. I was having fun… now, I know what my goals are, in films and politics. I know the job I have taken and I have to fulfil it. I take it more seriously now. 2019 was a life-changing year for me.

How excited is your hubby Nikhil (Jain) about the release of Asur?

Very excited. He came to the film shoot once or twice to pick me up. It was a first for him. However, he did not find the shooting process very exciting (smiles)… we were doing montage scenes, and for a number of times. He chilled with Jeetda.

No plans, I never plan. Don’t you think Nikhil should plan it this time (smiles)?! It is my first birthday with him after we got married. He should plan something very good and special (smiles).

How does Nikhil view the film persona of yours?

He loves the heroine in me. I never throw tantrums on film sets but I throw it at home (laughs out loud). My husband loves it, so it is okay. I am a heroine in his life. It is like he came to this earth to take my tantrums (smiles). And he does it with a lot of love!

Is he familiar with your film circle?

Yes, he knows my friends in the industry. He is so supportive... he was with me in Delhi initially.

Has Nikhil shown any interest in acting in films?

Never! Let’s have only one actor in the house, that’s more than enough (smiles). If I wake up one morning and find Nikhil has become an actor, then who takes care of each other’s tantrums?! Impossible!

You live in Alipore now. Are you warming up to the place?

It is really nice… it is a posh area but sometimes I miss being in Ballygunge. The bazaar is a stone’s throw away. Recently I went to the Ballygunge house to stay with my sister and mom. Two days later Nikhil joined us! He said, ‘I want to stay with you all!’ That was very sweet of him.

Film-wise it’ll be a good year. I’ll make sure that I have time to do films… this is my passion. I love the camera, I love my team and I love the job. I’ll take each day as it comes. I would like to do two films a year… I have so much work to do (as an MP). I want everyone to be in a better frame of mind.

Your last release was in 2018. How was your first day shoot of Asur?

I was in Delhi when Jeetda called me for this film. When I went to the sets of Asur, I could feel that I was back. It was such a great feeling. I was all prepared from Day One. We performed so well on that day that Jeetda called up in the evening and praised me. That’s a great feeling since Jeetda has seen me from my first film (Shotru). When you crave doing this job, you can do anything to give your best. Asur is a powerful film and it is my best till date.

Were you thinking of doing films when you got the call?

In between, I became a bit self-critical. “Where is the camera?” I would ask myself when I was in Delhi. The next day I would start again with great enthusiasm. Slowly I made up my mind that I’d learn how to balance. I made sure neither cinema nor family took a back seat.

Did you miss out on the film gossip in the last couple of months?

I am the last person on earth who gets to hear all the gossip! I have friends who are the gossip kings and queens of the industry but somehow I get it late… or maybe I forget. Now I am away from gossip.

Did you do workshops for Asur?

I loved the script and we sat for a few workshop sessions. Workshops helped in building the relationship between the characters. It was a first for me. We had a great time shooting for the film.

Tell us about your character...

I play Aditi, a non-practising art student. I have not seen a character like Aditi in real life. The story revolves around three good friends — Kigan, Bodhi and Aditi, and their friendship, love and trust. And then the film goes on to show how their equations change, how priorities among them change. Aditi is ruled by the heart, and she is the best character I have done till date. I have grown as an actor. I want to explore things which are out of my comfort zone. I still want to do another amazing commercial film where I am wearing make-up and my hair is flying. At the same time I am also waiting to do a genre which I have never done before. I am all set. I am looking forward to taking up good subjects in 2020.

Is there something that you won’t do in movies?

I would not like to kiss on screen, but that was there even before I became a politician. I really respect people who do inhibition-free acting. They have the guts to do it.

Were you under any added pressure going into the film shoot knowing that Asur will be your first film release after becoming an MP?

No, I did not have any baggage going into the shoot. I knew my job and how to balance it. Before going on the floors, I used to delegate my (political) work to my people. They took care of it for some time and then I looked into it again once shoot got over. I trust my team and they do a brilliant job.

How was it like working with Jeet and Abir?

This is my third film with Jeetda and I share a very good space with him. We talk on subjects such as politics, philosophy, shaayeri. Our work relationship has remained the same. As an actor, I saw a new Jeetda in Asur. Of course, he has always been a good actor. We (Jeet, Abir and Nusrat) have a good rapport with each other. Abirda is an amazing human being... he is a gem of a person.