Advertisement
Home / Entertainment / You have to be thick-skinned: Arjun Kapoor

You have to be thick-skinned: Arjun Kapoor 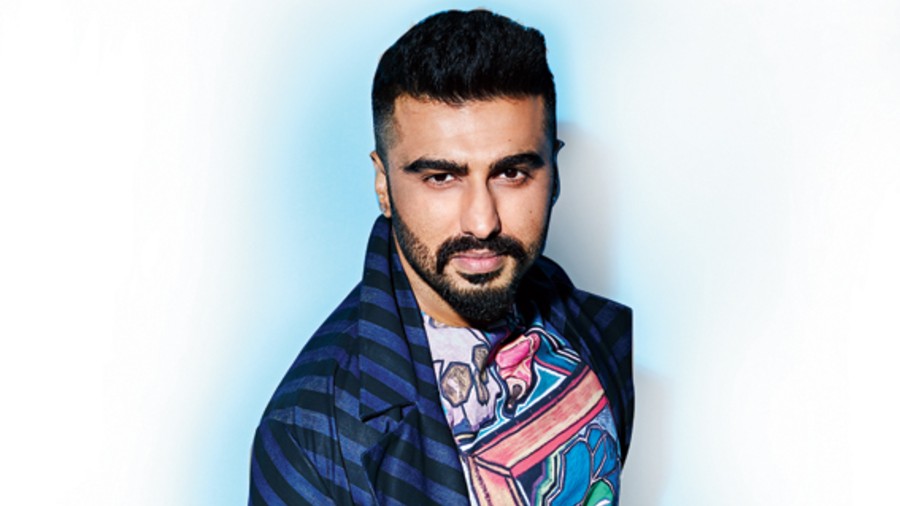 His last release was Panipat in December 2019. This Friday, Arjun Kapoor teams up with his Ishaqzaade co-star Parineeti Chopra in Dibakar Banerjee’s Sandeep Aur Pinky Faraar, that has been awaiting a release date for a long time. The Telegraph caught up with Arjun for a freewheeling chat on the film, how he handles criticism and how he’s reassessed his priorities.

Sandeep Aur Pinky Faraar was all set to release in March last year. Now that it is finally releasing in theatres, what are the emotions like?

It’s obviously exciting... I am happy and I am grateful. Life has come a long way, the world has come a long way. Theatres are finally reopening and I am glad to be a small part of allowing people to feel safe and happy to come back to theatres. I think we have made a very nice film, and I am just happy that there is going to be an audience to watch our film out there.

When I had spoken to Dibakar Banerjee about the film, he had said that Sandeep Aur Pinky Faraar is ‘not a bedtime story of two people in love’. Is it the edginess and earthiness of Dibakar’s brand of storytelling that interested you?

I think you have hit the nail on the head! That’s exactly why I wanted to work with Dibakar sir. For me, he was on the wish list when I became an actor, and when I was told by Adi sir (Aditya Chopra of Yash Raj Films), ‘Make a list of people you aspire to work with’, Dibakar sir was right up there, and that’s why I decided to jump at this opportunity.

Dibakar also told me, ‘Arjun was hungry for this kind of a role that takes him out of his comfort zone’. How did playing Pinky —and not just in terms of the name — take you out of your comfort zone?

He’s very honest when he says that. I was hungry for a role that made me feel uncomfortable. Pinky, apart from his name, is also a very complex character because he’s a man who is stuck in a position he doesn’t want to be in. He doesn’t like his job, he’s not somebody who is really content with life... he’s not seen his dreams fulfilled... he’s lived a very suppressed life, caged within various complexities. He’s a man who would have had simple needs and desires, but has got stuck in the rigmarole of wearing a uniform and his heart is not there.

To play a man whose wings have been clipped is something that is out of my comfort zone completely. I have played characters who have always had the ability to fly and soar and do what they desire and then take decisions that lead the story. Pinky doesn’t take the story forward, he gets embroiled in it. He’s constantly conflicted within himself, rather than creating conflict outside. As a mainstream hero, I am used to playing to the gallery, creating obstacles and surpassing them. This film was far more internal. This is a man who isn’t happy in the body, soul and life that he is in and one doesn’t really get to play that as a commercial hero. As heroes, we have to be confident and comfortable in our skins, no matter what position the character is in. He’s the antithesis to the mainstream hero.

Comfort is something that you and Parineeti definitely share, given that you debuted with her. What is it about your friendship that shows up as chemistry on screen? What is that one thing about Parineeti that the world doesn’t know?

I have done my first film with her and there will always be a friendship and an ability to understand each other without words. We share an ease that allows us to take each other for granted in the moment, and even between ‘action’ and ‘cut’. We do scenes without the fear of the other one getting put off because we are able to react to and handle each other’s performances, or tropes, as you call them.

One thing that people don’t know about Parineeti is that she’s actually not at all like the characters that she plays. She’s quite a coy, timid, homely girl who has very simple pleasures in life that make her happy.

Almost a decade in the acting business later, what have been the biggest lessons and the biggest highs for you?

I think the biggest lesson is to not dwell too much on the highs and lows... just to keep working. To be happy about the fact that I am part of an amazing profession. How you deal with the lows along with the highs is, I think, what defines you and your durability as an actor. An actor is the by-product of the choices he makes, and one has to live by them, whether they are successful or not-so-successful. Everybody has phases... you just have to ride it out and become the better for it.

One has always seen that you respond to criticism with humour and with your chin up. Have you always been like this or have you evolved to this kind of a mindset?

Being an actor, you have to become thick-skinned. I think a lot of the criticism that comes my way is harsh and unnecessary. It comes with a lot of baggage. One needs to take it in one’s stride. Sometimes it’s fair and so you have to reassess your work, your performance, your behaviour, the way you are, what you have brought to the table. I take it with humour because I can see how people’s insecurities reek when they become personal about criticism. I can laugh it off because it speaks more about them than the job that they are doing. Critics sometimes tend to get carried away, so do people who end up critiquing your work... there is a certain angst in their lives that trickles into social media.

You have to adapt and evolve with time to realise that you can’t take everything to heart. At the same time, I respect anybody who has paid money to watch my film. I regard them with that much seriousness that if tomorrow, someone sits and has an actual conversation via social media or a critical review or through meeting me, I will be open to it. I think it will be silly of me to say that I believe I am the best. I think I am very, very good at what I do and that’s why I have been given 10 years in this profession. Can I be better? Yes. Will I get better? Definitely. Will I be able to please everyone all the time? Impossible! Can I let that bog me down? I would be stupid if I did. So I have to be rational about the criticism. I can’t say, ‘Okay, my career is over because XYZ hasn’t liked my work’. You have to look at the overall picture and if in the majority part of it, you can be objective and rational about it, you can accept criticism and use it to get better at something that you are already pretty good at.

Is mixing it up the key to your choices and career in the next few years?

Always! Also because I have always been told, ‘He fits this, he can’t do that’. I like doing the opposite of what people tell me... that just gives me tremendous joy. Most people said I can’t be an actor and I did that because I felt I could. Before my debut, they said, ‘he can’t do romance’. I did it because I knew I could. Somebody said I will never be able to host a show on TV. I went and did it. I always like to prove myself right rather than proving other people wrong.

Honestly, I like to mix it up because I also enjoy all kinds of cinema as a cinephile. I would have loved to have watched a Finding Fanny or an Aurangzeb along with a Gunday or a Ki & Ka. So for me to do a Sandeep Aur Pinky Faraar along with a Bhoot Police (co-starring Saif Ali Khan, Jacqueline Fernandez and Yami Gautam) is very, very exciting. And I will continue to do that... otherwise I will get bored, I will get stuck in the trappings.

If you had to prepare a show reel of your Top 3 performances, which would you pick?

I think Ishaqzaade, because my character Parma is not even remotely close to who I am. To do that in my first film without an upbringing in that culture allowed me to showcase a character I truly am not. I don’t think people realise the amount of hard work that goes into playing a double role, so I would rate Aurangzeb and Mubarakan on the same scale. I would also pick Finding Fanny... just to play a mopey, sulky, English-speaking character who is upset with life and living this angst of being a failure. I thought the performance was simple and earnest, knowing that you are doing a non-mainstream film with a mainstream girl (Deepika Padukone) opposite you, and holding your own in an ensemble.

I have reassessed my mental, physical and emotional well-being and I have realised the joy I get being at home. In a decade, I have done 15-plus films... it’s a lot of work. I realised I was sprinting a marathon as opposed to walking or jogging it out. The pandemic has brought a lot of sadness to people’s lives. I have had the virus myself, which also gave me perspective. But I can say this pandemic has done me a lot of good in terms of me realigning my energies towards my work and my personal life and the ability to think with a clearer, sane thought process rather than just chasing things that the world expected me to do. I think I have become more aware of what I want to do for the next 10 years of my life.