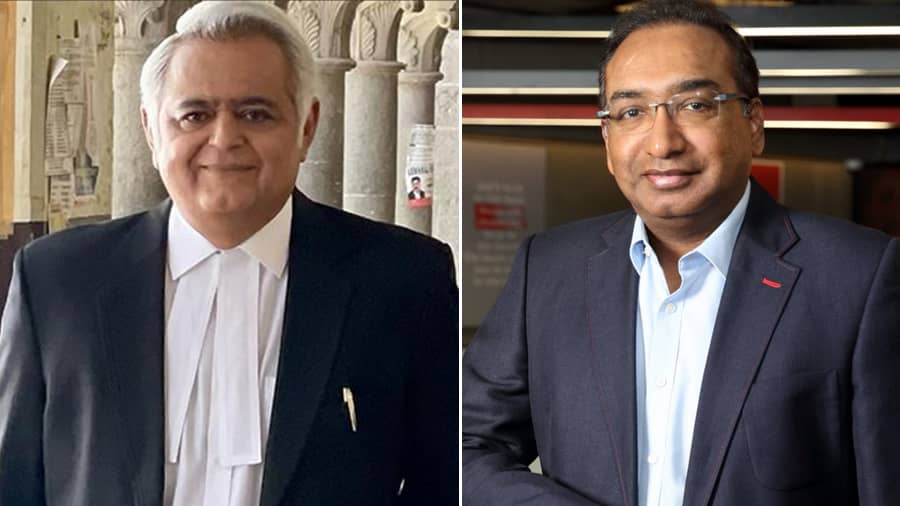 Applause Entertainment CEO Sameer Nair says his association with filmmaker Hansal Mehta goes back to the early days of streaming in India and they are aiming to consolidate their creative partnership with the upcoming season of Scam and a series on Mahatma Gandhi.

The senior executive said Applause had already acquired the rights to journalists Sucheta Dalal and Debashis Basu’s 1992 book The Scam: Who Won, Who Lost, Who Got Away.

“I had worked with Hansal before Applause. We worked on Bose together at ALTBalaji. I had a chance to interact with him then, so I always wanted to work with him. We had independently bought the rights to Sucheta Dala’s book Scam and were planning to make the show. We had signed Hansal to direct an untitled show for us,” Nair said.

Once Hansal Mehta signed the contract with Applause, the studio head asked him if he had any ideas.

“He said ‘I’ve got various ideas. I’m thinking of things’. And I said, ‘Well, I’ve got one idea about this book Scam, something I always wanted to make. And he straightaway said, ‘Oh my God, I want to make that’. It just happened like that,” he added.

Dalal and Basu’s book was adapted into the superhit SonyLIV series Scam 1992: The Harshad Mehta Story, which starred Pratik Gandhi in the title role.

The actor, a regular presence in the Gujarati film and theatre circuit, became an overnight star following his stellar portrayal of the infamous and charming stockbroker Harshad Mehta.

Following the record-breaking success and acclaim for Scam 1992, Nair said Hansal Mehta wanted to be part of the franchise that is expanding with a second chapter which will tackle the 2003 stamp paper fraud by Abdul Karim Telgi.

“We get along, we work very well. I like how his mind works. We make for a good collaborative team,” he added.

Titled Scam 2003, the sophomore season is adapted from the Hindi book Reporter ki Diary authored by journalist and news reporter Sanjay Singh, who is credited with breaking the story back then.

Responding to a question on whether there are plans to commission more seasons in the Scam franchise, Nair said there can be “quite a few”.

“India has many scams to offer. What we are trying to do is to find unique scams because what happens with any genre in content like crime, it tends to be repetitive. So when you take scams, typical financial scams follow the same playbook,” he added.

This playbook usually follows a pattern which involves corruption of low-level officials in a bank, use of public funds for personal gain, and then that edifice falling apart, said the Applause CEO.

“Take the Ketan Parekh and his K-10 stocks story or the more recent ones like Nirav Modi and DHFL. That’s how it always works.”

“The story of Telgi and the stamp paper scam is distinctive. It’s off the charts, you can’t believe how that played out. So that’s the quest to look for different things from time to time. So that each season has a different flavour,” he further said.

Nair, however, said there could be a possibility where some of the stories might overlap with each other. Fans might see familiar faces from previous seasons reprise their roles in future, he teased.

“Season to season, the stories are distinctive. But it’s possible that we do a third or fourth season where we again touch the stock markets, where you again have some overlaps. Maybe some journalist or investigator is the same,” he said.

Hansal Mehta is also directing the series Gandhi for Applause. The show, based on the books by noted historian Ramachandra Guha, was announced in May.

The filmmaker, who was then in the US for his wedding with longtime partner and social worker Safeena Husain, had reached out to Nair post the announcement of the multi-season series.

“Hansal sent me a message on Instagram saying ‘I have to do this’. I said, ‘Ok, you come back, we’ll talk’. Then we spoke and that’s about it,” Nair added.

The show will be adapted from Guha’s two books — Gandhi before India and Gandhi-The Years that Changed the World. The series will feature Pratik Gandhi as Mahatma Gandhi.