‘The youngsters have connected with the funny, wacky vibe of the film’ 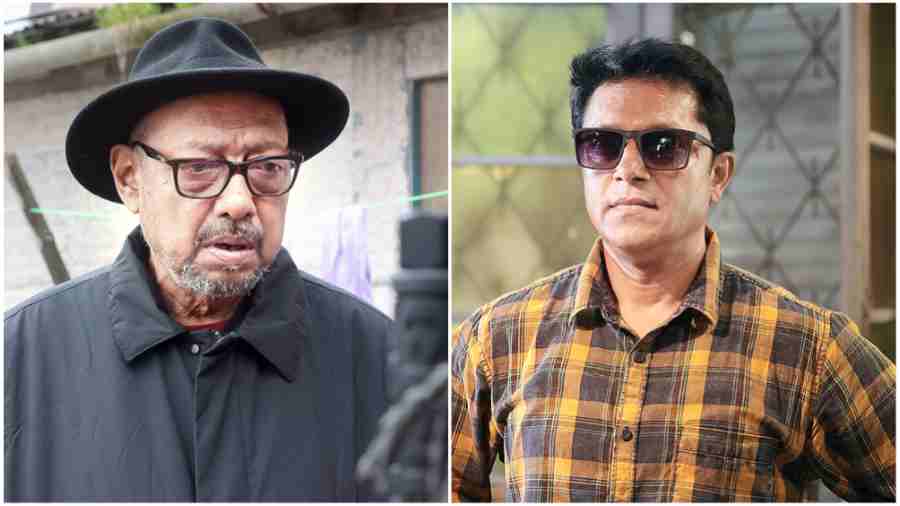 Based on Danny Detective INC, a book by Anjan Dutt, Revolver Rohoshyo is about an ordinary crime reporter, Subrata Sharma, who takes up temporary work as a secretary in a detective agency called Danny Detective INC. He is appointed to find a missing person called Tomali. As he enquires as a complete amateur, he stumbles into various dangerous, violent situations and a huge conspiracy. The trailer of the witty, funny, action-packed film about an ordinary man becoming a detective dropped recently and is getting rave reviews. “People are saying that there is a new kind of detective. It is not the usual detective story... it is funny and wacky and people are enjoying that. They are looking forward to a different kind of detective story. The excitement is from the young people. That is very encouraging,” says Anjan. A chat on Revolver Rohoshyo, which releases on February 3...

The trailer is cut in a way which reflects the wit, humour, fun and the essence of the film.

Anjan: Yes, it has fights, violence, tension, thrill but it is also funny. The music is not grim... it is upbeat, light-hearted. That is something new that we did. We also included a song because I am trying to make a detective film which is funny. My detective falls in love; he messes up. He is beaten up. My detective cries. The basic story is that of a guy who never wanted to be a detective but becomes a detective. And he gets into a situation which he cannot handle. His boss, who is dead, is the ghost and is the partner. We wanted to make a film about a detective whose partner is a ghost.

Are you returning to your roots with this film?

Anjan: Yes. My earlier films like The Bong Connection, Chalo Let’s Go had a youthfulness to them. They were witty and wacky. I am coming back with a detective film, which reflects that style. It is not the classical, conventional noir. It is a detective story full of twists and turns and surprises. It is very fast-paced and less verbose. It has all the elements of a very funny youthful film. I am connecting with the youth again. Post Byomkesh, my films were becoming more reflective and intense. But now I want to go back to that funny, wacky different kind of Bangla cinema, which I had offered in early 2000. I am making young cinema again.

Young people have connected with the trailer. Why do you think this change is happening?

Anjan: Their expectations from Bangla cinema have changed. The young people are expecting something different. A similar kind of thing happened during Bong Connection, Chalo Let’s Go and Madly Bangalee. A large crowd was watching Rituparno Ghosh’s films and another large crowd was watching my films. The young people are returning to the theatres to watch Bengali films. The success of Dhrubo Banerjee’s films paved the way. Then everyone went to watch Anirban Bhattacharya’s film Ballabhpurer Roopkotha in the theatres. It was a huge success. Again, Dostojee made by a young film-maker (Prasun Chatterjee) performed well at the box office. The youngsters have also connected with the funny, wacky vibe of my film.

Your last few films, apart from Shaheber Cutlet, were quite serious and some were personal...

Anjan: The sense of humour was missing in some of my last few films. The witty, givea-damn attitude was missing maybe. I was experimenting stylistically but it lacked the wit, humour, the fun. Shaheber Cutlet got lost in Covid. If it had been released now, it would have done great in the theatres.

Are you looking at releasing Revolver Rohoshyo outside Kolkata?

Anjan: For the first week we are concentrating on Calcutta. Then we will be moving into the suburbs, which has also changed. It is a misconception that my films will only run in the city. I don’t think so. The film will work wonders in the suburbs too. We have to break the misconception.

Did you think of Suprobhat Das while writing the character?

Anjan: Yes. The detective here is actually Subrata Sharma. The agency is named after Subrata’s boss who dies and Subrata is literally forced to take over the agency. He therefore depends on his instincts and inherent uncompromising nature to take care of others’ dirty secrets for a few bucks and ends up confronting corruption beyond his control. The joy of having a small-time guy win ethically against big-time corruption is highly emotionally stirring for the audience, for me.

Subrata is not upwardly mobile. He is a bit lazy, a bohemian. He is not clever, sharp, or shrewd like the other detectives. Subrata is a trickster and he has the average intelligence of anybody. And he is courageous and he likes to travel. Suprabhat is a very sporty person. He wanted to be a footballer but he became an actor. Subrata plays cricket and football. When I first cast Abir Chatterjee or Jisshu Sengupta as Byomkesh I was very careful about portraying certain things: their charisma, sharpness, and the way they speak the language. I made it a point to have Abir walk straight, confidently. For Jisshu, I told him to watch Uttam Kumar films such as Chiriakhana and Nayak. They did many things which naturally didn’t come to them. With Suprobhat, I did the reverse. We wanted to portray Suprobhat in the way that he was to some extent.

Suprobhat has this quiet side to him, but there is angst as well...

Anjan: And we brought that out. Subrata gets angry, he shouts and he cries also. He did not have any make-up. He is stocky; he gets beaten up. He is not doing choreographed fights. They are more like street fights.

Suprobhat: I worked in a shipping company for 10 years in Delhi. Then I left the job and returned home for personal reasons.

Anjan: He was earning a lot of money at that point in time.

Suprobhat: I had a penchant for acting... and then gradually joined films.

Anjan: I was looking for an actor to play the role of a police officer for one of my Byomkesh films and my assistant told him to meet me. And when he came to work with me I realised that I had seen him in Goutam Ghose’s Shankhachil. He played a police officer in that film too.

Suprobhat, you are an integral part of Anjan Dutt’s films now.

Suprobhat: I’m learning from him every single day. I’m part of his family. I take suggestions from him. Maybe Sir also feels that he can make me act in various roles. The bond between a director and an actor is really crucial. The familiarity and understanding between the two really help the process.

Anjan: He is completely committed to his role... he will give the time to prepare for a role.

Do you see a younger version of you in him in some ways?

Anjan: Yes, but the difference is in our education and our background. I was far more Anglicised. I sing with a guitar, and maybe he’ll sing with a harmonium. I see the angst in him, which I had in the 1970s.

Anjan: This is my third franchise... and I felt Suprobhat should be involved in the filmmaking process. He has to own the franchise. And he was there throughout the process.