Advertisement
Home / Entertainment / All about ‘The White Lotus’

All about ‘The White Lotus’ 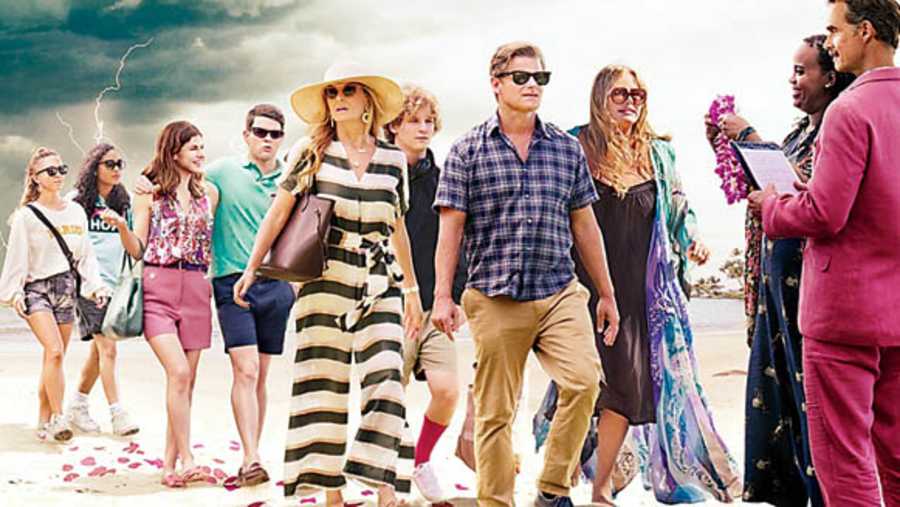 A long series with five seasons and 24 episodes each has been known to cause commitment issues while dedicating two hours to a movie seems like a tough call too. Thus begins the pursuit of a mini-series –– watch in small bursts every day, form personal fondness or hatred for characters, indulge for a couple of days and voila! It’s ended. It was in such a pursuit that we ended up on HBO’s comedy-drama The White Lotus, hosted on Disney+Hotstar, written and directed by Mike White.

The man who gave us the screenplay for School of Rock, Nacho Libre and Chuck & Buck, White returns to give us this diabolic satire shot in picturesque Hawaii where a group of rich, white Americans come to spend a week. The six-episode series released its fifth on August 8 with the much-anticipated finale screening worldwide on August 15. While we cannot possibly think of a better way to stay home and spend the day, here we try to reason with you readers why you must do the same!

The show opens with Shane Patton (Jake Lacy) brusquely shooing off an elderly couple at an airport, asking him about his time in Hawaii, as he watches a dead body being carried into the flight that he is about to board. While probability of television shows suggest that the dead body is that of his wife who cannot be found by his side, the show keeps you guessing for more possibilities as it progresses. Halfway through the show, the death of the wife feels like an easy bait for a show as twisted and funny as this one!

Throwing back to a week preceding this airport encounter, we are introduced to Armond (Murray Bartlett), the hotel manager of White Lotus resort. As he waits for his guests at the resort cushioned in a small island, accessible through a long boat ride, he is fastidiously pointing out discrepancies like shirt stains and smile-widths to his supporting staff. It is established that the service at White Lotus resort is always impeccable. The motley crowd arriving for their vacation include newlyweds Shane and Rachel (Alexandra Daddario); the Mossbachers, a family of four (Connie Britton, Steve Zahn, Sydney Sweeney and Fred Hechinger), accompanied by a friend Paula (Brittany O’Grady), and Tanya McQuoid (Jennifer Coolidge), a troubled woman lugging around her mother’s ashes. The only common denominator tying the crowd together is their wealth and their turbulent personal lives.

The satirical elements of the show are rendered by the contrast in the lives of the guests and the hotel staff, of which we get a few glimpses. Armond, a recovering alcoholic, perilously treading the thin line between massive benders and an immense responsibility for the well-being of his guests, proves to be the best source of entertainment throughout the five episodes. Belinda (Natasha Rothwell), the spa manager of the resort brings a sense of poise and stability to the show, acting as the perfect antidote to Armond’s escalating antics. Throw in class-A drugs, secretly pregnant trainees in desperate need of the job, sexcapades, disappointed locals being compelled to give up their land and culture to the government in the name of infrastructure, and some of the most gorgeous waves and sunset captured on camera and you immediately have the recipe for the perfect potboiler.

We absolutely loved the unravelling relationship of the newlyweds Shane and Rachel. Shane, a real estate mogul born into wealth with very little achievement to his name, marries a journalist who has hustled her way to establishing a name for herself. While she struggles with her sense of identity that seems to be overshadowed by her beauty, her husband’s most pressing concern distracting him from his honeymoon remains the mis-allotment of rooms. He cribs and cries his way to his mommy who has booked the room for them, eventually leading her to crash her son’s honeymoon. As Rachel stares flabbergasted at the appearance of her MIL Kitty (Molly Shannon), the gnawing fear of having made a mistake looms larger on her mind. The troubles of the rich seem trivial on the hierarchical ladder of grief when money seems to be able to solve most of life’s problems.

Olivia and Paula are two sophomores about to begin college, and the latter is well aware of her privilege in being invited to this vacation with the Mossbachers that she would never be able to afford otherwise. This friendship, however, is marred by Olivia’s greed as Paula notes, “She is happy as long as she has more than me.” Paula, who gets involved with a local serving at the resort, feels disturbed attending the evening show put up by the locals for the same white people who robbed them of everything. The class struggle is suddenly unavoidable for her just as much as it keeps her hands tied to little fortune that sets her in the middle ground between the haves and have-nots.

There are human emotions at play in this show that seem very familiar and yet alienating at the same time. When troubled Tanya admits to a fling — “I am very needy and I am crazy” — there is a part of us that relates to her misery. The White Lotus is everything that one can hope for from a mini-series. It takes you on a ride, lets you catch a breath when the ride gets too tumultuous and keeps you hooked and excited about the destination till the very end. While the dialogues aren’t much to write home about, the storyline is intriguing enough to leave us extremely excited for the season finale. We sincerely hope you’re going to be watching it with us!