Advertisement
Home / Entertainment / Akshay Kumar, the one actor who subtly but actually roots for women 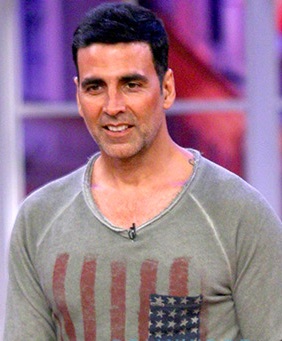 It has been a slow but sure journey and Akshay has reached where none of his contemporaries have
Wikimedia Commons
Published 17.08.19, 04:23 PM

An injured soldier goading his scientist wife to go back and complete her mission for the country instead of quitting her job to take care of him is encouraging but pretty in-your-face progressiveness. A divorcee who can’t get rental accommodation (also because of her Siddiqui surname) or a single woman blasé about live-in boyfriends or a mother who juggles between domestic compulsions and her career, are all appreciable but obvious nuggets. Decrying the body-shaming of two pleasantly plump married women is also a welcome contemporary thought.

While all of the above make Mission Mangal spiffy cinema synchronous with current times, who must also be singled out as the true flag-bearer of feminism is its hero, Akshay Kumar; the one actor who subtly but actually roots for women. For a star whose forte has been testosterone and muscular action, the only fisticuffs in Mission Mangal is when goons attack an inebriated Akshay and, while he’s cowering, the women from his team bash up the baddies good and proper. That one scene alone was enough to establish just how much confidence he has gained over the years, how self-assured he has become as a star. It has to be a much-evolved man who knows that great content and variety in his performances are the sole necessities for an actor’s survival — image be damned. On the contrary, so secure has he become he knows nothing’s going to dent his manly image as long as he delivers a substantial film.

It has been a slow but sure journey and Akshay has reached where none of his contemporaries have, and at no stage has it been overt or obvious. Recall his 2017 film, Jolly LL.B 2, where he played a low-grade lawyer who had no qualms going home from work and asking his wife every day, “What would you like to eat?” before going into the kitchen to rustle up a meal. It was not hammered home as a hero batting for equality or emitting a message that a working husband could be at home in the kitchen without losing even an ounce of his masculinity. But if anybody’s keeping tabs, Akshay has been scoring these emancipatory points in film after film.

Having also known the man behind the actor ever since his first film Saugandh, one can confidently say that he pretty much believes in it off-screen too. Otherwise, Twinkle Khanna (not Twinkle Kumar or Twinkle Bhatia) wouldn’t be the woman she is and also have a successful marriage going with the man. It’s not only because she’s become a celebrity writer, columnist and speaker but also because she airs views that are quite independent of her husband’s political leanings. Which speaks well for both of them as people who can co-exist with their individual thoughts however different they may be.

He exhibited this firm belief in equality way before they even got married, when Akshay was still the much-swinging bachelor. Without mentioning the girlfriend in question, I can reveal that I’d once asked him if her past ever bothered him. And he’d spontaneously replied, “But I have a past too.”

That same confidence in himself as a man has also shown up in his career. In Mission Mangal, Vidya Balan is on par with him. It isn’t as if he’s the man behind the mission and she walks in his shadow. She’s as much a heavyweight (no pun intended though she herself makes light of her weight in the film) as he is in the crucial mission.

Speaking of Vidya, there is a whole generation that wouldn’t know there was another Vidya who was equally popular in the 70s. Think Rajnigandha, Chhoti Si Baat, Pati Patni Aur Woh. That smiling actress called Vidya Sinha always had it rough in her personal life. Her mother died while giving birth to her, so Vidya never celebrated her birthday. Supportive husband Venkat died early, second husband turned out to be abusive. Sadly, Vidya succumbed to lung complications on Independence Day. Do celebrate with your mother up there, my friend. RIP Vidya Sinha

Mission Mangal: Rests a lot on sentimentality but ultimately turns out to be a rousing watch

Is Govinda paranoid or does he have a sixth sense?