From trailers to teasers, here’s a quick recap of the week that was for the Tamil, Kannada and Malayalam film industries 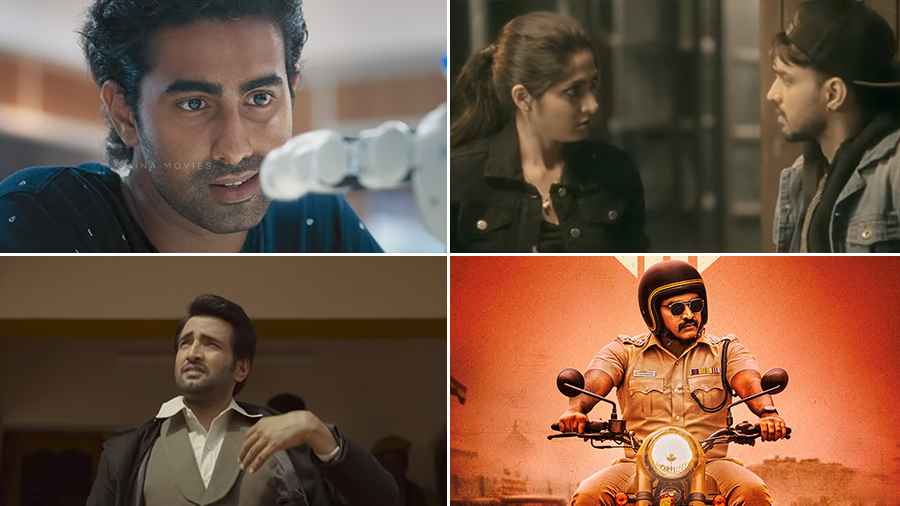 Following the trailer launch of Udhayanidhi Stalin’s Kalaga Thalaivan and Shivrajkumar’s Vedha, the makers of several other upcoming movies from the Tamil, Kannada and Malayalam film industries dropped new trailers and teasers last week. Here’s a look at some of them.

The two-minute-15-second-long trailer gives us glimpses of the eccentric private detective Kannayiram, played by Santhanam. The trailer focuses on one of his cases which puts him behind bars and the quirkiness of the original film is present in this one.

In the two-minute-30-second-long trailer, we are introduced to a bunch of carefree engineering college students. The trailer then changes its tone to a more serious, action-packed suspense thriller with stories about betrayal and revenge.

The short teaser sends us to an old college campus. A female student of the college claims to have seen a ghost following a person’s accidental death. All hell breaks loose as the dark history of the college building comes to light. The sanity of the girl is questioned several times in the teaser.

Tamil star Vijay Sethupathi’s upcoming film DSP’s first poster is out. Directed by Ponram, the film also stars Anukreety Vas, Shivani Narayanan and Pugazh in prominent roles. It is produced by Kaarthekeyan Santhanam and the music for the film is composed by D. Imman.

In the poster, we see Sethupathi in police uniform as he rides a Royal Enfield and sports a moustache and aviator sunglasses. As the title suggests, the film will revolve around police procedurals.

In theatres this December 2022.

In the poster, two main characters are seen sitting on a small bridge in the countryside of Kerala. Sshivada shared the poster on her Instagram account and wrote, “Happy to share the first look poster of my next #jawanummullappoovum. Need all your prayers and support.”