Advertisement
Home / Entertainment / After Life bows out on a happy note

After Life bows out on a happy note 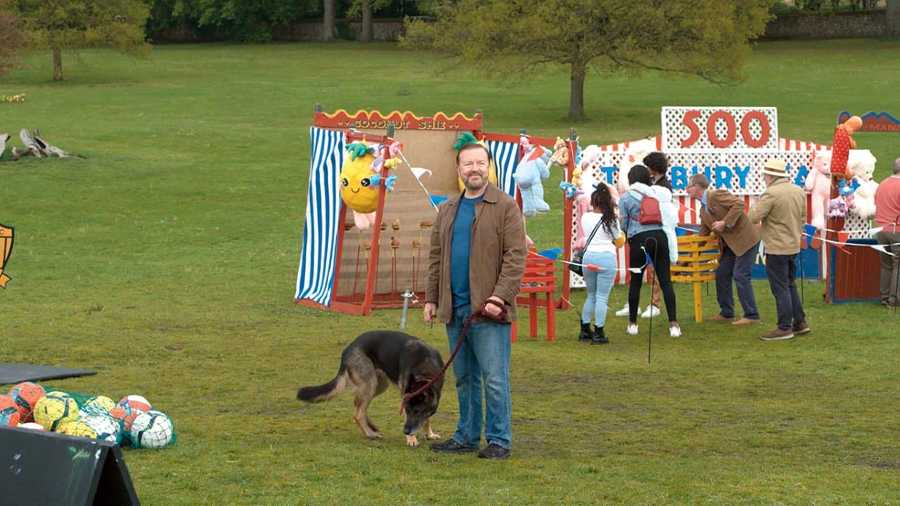 It dropped its first season in March 2019, at a time when death was personal. Its subsequent seasons — in April 2020 and now in January 2022 — have come into a world where death has become more personal, even when it affects someone you don’t even know. The pandemic, in more ways than one, has been a leveller and a unifier. Grief and coping with the aftermath of a grave loss, is now a given. So is the daily realisation that life, no matter what turn it takes, has to go on.

After Life, a bittersweet tale of a man going to pieces after losing his life to cancer and channelising his grief into making life uncomfortable for everyone around him courtesy his caustic tongue, struck an immediate chord with its seamless mix of black comedy and debilitating melancholy. That it came from the pen of Ricky Gervais, the man who has swigged a glass of whisky and taken Hollywood to the cleaners (often controversially) as host at many a Golden Globes night, was a big surprise.

And then we watched Gervais as Tony, an unlikable bloke left mentally maimed to the point of being suicidal by the death of his wife Lisa (Kerry Godliman , who pops up in almost every episode in all three seasons), with the show acing its exploration of loss, depression, resilience and eventually optimism. Season One was an outright winner, making viewers laugh and cry — sometimes both simultaneously — and though the second season wasn’t as inventive or funny as the first, we remained invested in Tony’s grief and his feeble attempts, buoyed by those who cared for him, to reclaim his life.

“I don’t know why we can’t just carry on like this? Let’s just carry on, you know, and nothing changes. Groundhog Day,” is one of the many memorable lines in Season 2, delivered by Tony to fellow griever Anne (Penelope Wilton) as they sit on that famous bench, staring at the graves of the partners they have lost. Season 3, in many ways, is Groundhog Day. It’s more soapy and sentimental, and while we realise that Gervais has to tie up the loose strings and push Tony towards closure, we also miss the sparkling wit — it’s there all right, but just not there, if you know what we mean — that has come to define After Life.

Season 3 is not bad. Not by a mile. It’s just that nothing really momentous happens. Tony continues to glug bottles of wine while watching old videos of Lisa’s on his laptop. Tony’s state of inertia, which we understand has been his way of coping with his grief, now seeps into the show. A lot of After Life, in this season, is on repeat. Tony and his photographer colleague Lenny (Tony Way) halfheartedly reporting  the town’s quirky stories (we did love the one of a seance medium who doubles as a soft porn writer). Tony and Anne talking about life, death and life after death. The supporting characters also exhibit little growth, being pushed at the end towards some kind of an abrupt closure.

But it’s the season’s final moments — and also the show’s, given that it’s the last season — that shows us yet again how After Life has time and again skilfully balanced humour and heartbreak. Tony’s visit to a hospital with knee-high cancer patients effortlessly talking about life and death in the same breath, changes something in him. It leads to a few moments that will make you both smile and shed a tear. And yet power on through what is called life. Just like After Life always has.

I’d rather be nowhere with her than somewhere without her.

A society grows great when old men plant trees, the shade of which they know they’ll never sit in.

Hi. I’m Tony. I don’t want to appear ageist but are those your own teeth?

I wanted to punch a bloke in the cafe yesterday for yawning too loudly. It’s like celebrating being tired.