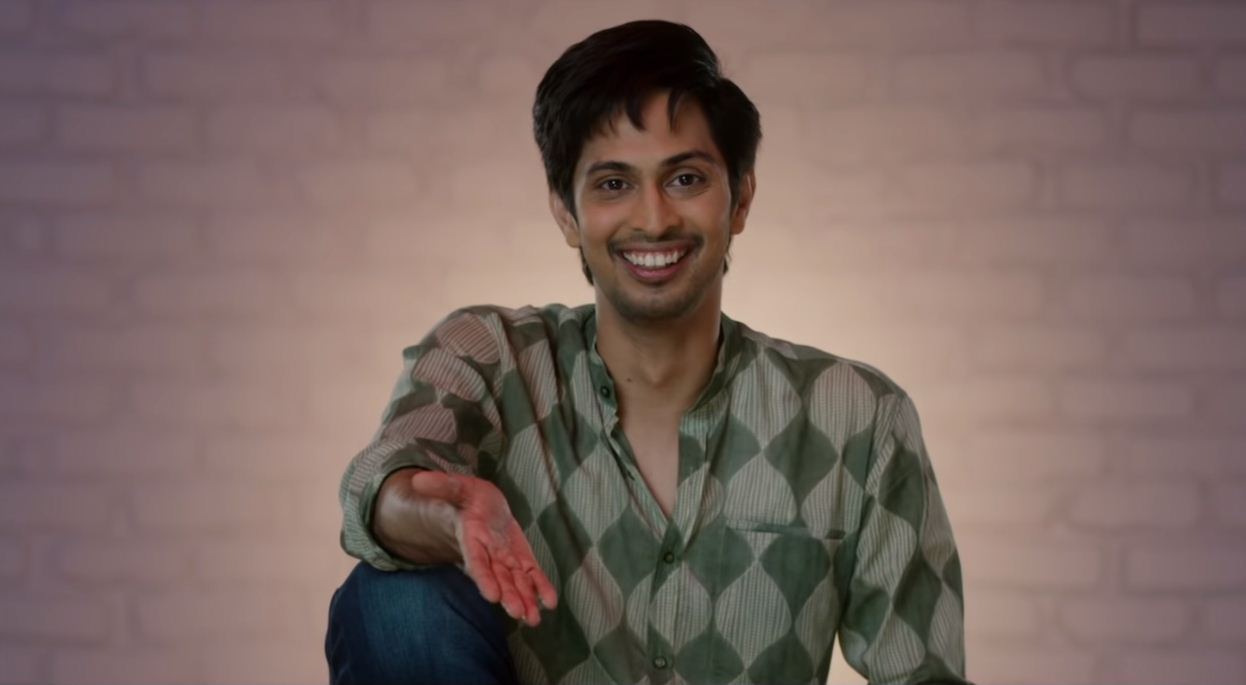 "Mummy is the mama’s boy who has spent all his life studying. He’s awkward in new places, is under-confident, is always on the backfoot and tries not to do anything that will attract attention to himself", says Tushar
YouTuve/ Rajshri
Priyanka Roy   |   Published 12.09.19, 05:19 PM

Did the geeky Mummy’s antics make you laugh out loud in Chhichhore? Theatre actor Tushar Pandey — who has featured in films like Pink and Phantom — plays the ‘mama’s boy’-turned-chhichhora in the Nitesh Tiwari film.

Is everyone calling you ‘Mummy’ now?

(Laughs) They are! I am very different from who Mummy is. We were at this special screening, where a couple of people were standing to meet the actors. They met Sushant (Singh Rajput), Shraddha (Kapoor) and Nitesh Sir (Tiwari) and walked past me because they thought I was part of the crew. It’s only when they looked into my eyes for a second that they realised I am Mummy! (Laughs)

Mummy is an anxious guy, a geek, a nerdy sort of guy who speaks in a high-pitched voice, wears his shirt tucked into high-waisted trousers. It’s just very humbling to see that people are making that effort to single me out and recognise me and realising that I am not anything like Mummy.

A few of the actors in the film got together, bought tickets and went and watched a show with the audience. When the film ended, people were, of course, super excited to see us. We met this group of friends who had bought tickets for back-to-back shows of the film. So they watched the evening show and then went back for the night show. We were like, ‘Wow!’ This feels really, really special.

What was your reaction when you were offered the part?

Nitesh Tiwari making a film after Dangal… that’s what excites you first of all. In May last year, Mukesh Chhabra, the casting director, asked me to test for this role. Three months later, I was in Sikkim working on a theatre project. I got a call saying that Nitesh Sir loved the test. Since the film has two different looks for every character, they needed me to do a final look-test and then shoot a poster the following week. I drove down from Gangtok to Bagdogra, took a flight from Bagdogra to Guwahati and then flew from there to Bombay. I drove from the airport to the look-test straight, did it for half-an-hour and then immediately went back all the way to Sikkim! I think anyone would do it for a film like this. I was ready to go to any lengths to play this role.

What did you have to do to become Mummy?

I have trained a lot in acting. I am a graduate from the National School of Drama and I went to London after that to train in French physical theatre. Mummy is the mama’s boy who has spent all his life studying. He’s awkward in new places, is under-confident, is always on the backfoot and tries not to do anything that will attract attention to himself. As an actor, that’s an emotion I understand. The idea was to open up that feeling and then understand how to play the character. I brought in a high-pitched voice to show his anxiousness. In life, I am a left-hander while Mummy is a right-hander. To play carom, I had to first learn how to play with my left hand and then transfer it to my right. Automatically, such things give one a lot to play with. I was very certain that I didn’t want to wear a wig and so I cut my hair in the way Mummy wears it. The addition of glasses really worked for me.

Playing the older version was tricky. We’ve all experienced college life and that’s something we could bring to screen relatively easily. But none of us are 45 yet! Like a lot of guys who studied engineering in India in the ’90s, Mummy has now moved abroad, he’s probably now a professor in some university in the US. Nitesh Sir asked some of his batchmates who are now in the US to send us voice notes and we realised that though all of them speak Hindi normally, their English invariably had a twang! (Laughs) So that’s what we gave Mummy. I spent a month training with an accent coach, even though there aren’t many English dialogues in the film. That was the kind of attention given to detail. It was a very wholesome process to be able to play a character who has two distinct facets and yet both facets are connected in terms of their life journey.

Why do you think the film’s made such a huge connection with audiences?

The writing, the characters…. I think the ending has really worked. No one thought these guys would lose, you know. Even when I read the script, that was the biggest jhatka for me. That’s because we are so conditioned to believe that if you work hard, you will invariably succeed. It’s surprising that not one film — at least in my memory — has ever spoken about what to do when you lose. Everyone has a plan for success, but no plan for failure. This film really opens up people’s minds to the idea that it’s okay to lose.

What was the energy and synergy like on set? You guys seemed like you have been really close friends all your life, when you clearly aren’t…

Most of us met for the first time on set. I think a lot of credit for the chemistry and camaraderie that you see on screen is courtesy Nitesh Sir who never came across as a director, but actually seemed like a senior from college. He’s someone who commands respect, he doesn’t demand it. The first day, all seven actors met Nitesh Sir, read the script together and went out and had a meal. Some of us would eat together, we would stay back for each others’ scenes even if we had finished our own…. If we had a day off the next day, we would hang out at Sushant’s place… he has a telescope that we spent a couple of hours with. It just felt like a group of seven friends figuring out life together.

Who is your favourite character from Chhichhore? Tell t2@abp.in