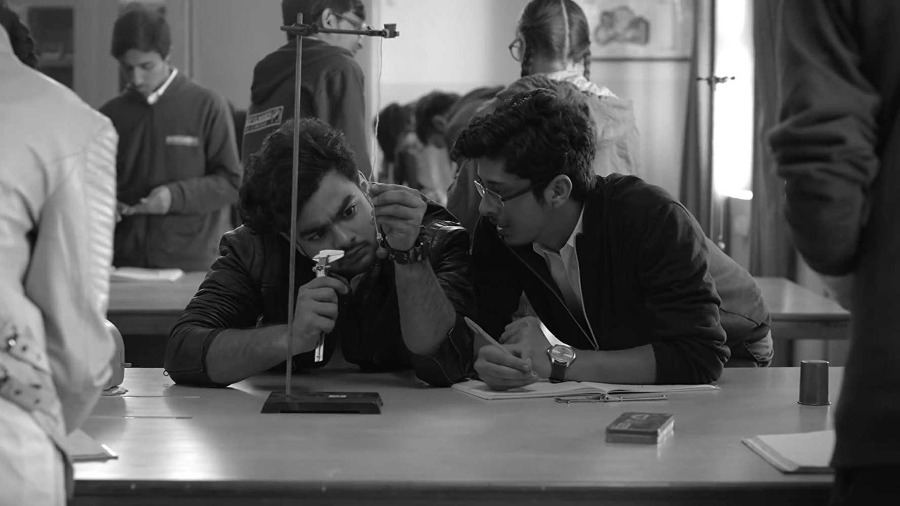 Over the years, production company The Viral Fever (TVF) has won many hearts with its unique and quirky shows — first on YouTube and then on OTT platforms. One of the segments TVF shows have made a name for is in tracing the ups and downs of student life with relatable stories that not only make us nostalgic but also force us to  ponder on the way our education system is.

Here are five student-centric TVF shows that you can binge-watch on Netflix, Prime Video, Sony Liv and YouTube.

The series follows Vaibhav (More), a teenager who comes to Kota, like many other aspiring doctors and engineers from across India, to prepare for the JEE exams. He navigates campus life with his pals and puts in a lot of effort to get into IIT with the guidance of a teacher who he can call his brother.That’s Jeetu Bhaiya (played by Jitendra Kumar), who insists that his students call him ‘Bhaiya’ instead of ‘sir’.

Aspirants follows three friends — all UPSC applicants — who recount their life as UPSC aspirants in Old Rajinder Nagar, Delhi. They look back at their lives after years of burying themselves in books and studies to clear the exams, and reflect on the toll that this gruelling schedule and their non-existent social lives has taken on them. The heartfelt music by Rohit Sharma, Tusshar Mallek and Nilotpal Bora adds to the mood.

TVF’s Hotel Daze is an ode to the free-spirited hostel life during college. The comedy series gives a goofy account of the life of freshers at an engineering college and does not take a moral high ground. Created by Saurabh Khanna and Abhishek Yadav, and directed by Raghav Subbu, the show stars Adarsh Gourav, Luv, Shubham Gaur, Nikhil Vijay and Ahsaas Channa in important roles.

Hotel Daze follows three hostel inmates who become roommates in their first year. They are guided by another student who hangs around the hostel, though he has long finished college, and is yet to land a job. The four pals navigate their new lives on the campus and have several new experiences together.

Created by women-centric entertainment channel Girliyapa for TVF, Girls Hostel follows the happenings at the girls’ hostel of the fictitious SVM Dental College in Pune. The show follows freshers Richa and Milli along with seniors Jo and Zahira as they navigate through their new lives while dealing with the disappointment of failing to crack the MBBS entrance.

It features Srishti Shrivastava, Simran Natekar, Parul Gulati and Ahsaas Channa in important roles along with Shreya Mehta, Gagan Arora and Trupti Khamkar. Those who have studied in hostels will relate to this hilarious show with fond memories.

Watch it on: Sony Liv

Campus romcom series College Romance follows three best friends Karan, Naira and Trippy’s quest for love while attending college together. The show is filled with laughs, fights and some lifelong memories as the youngsters break free from the shackles of school.

The main theme of the series is friendship and bonds that we have all forged during our college days. College Romance is developed by Arunabh Kumar and jointly directed by Simarpreet Singh, Apoorv Singh Karki and Parijat Josh. It features Keshav Sadhna, Apoorva Arora, Manjot Singh, Gagan Arora and Shreya Mehta in lead roles.

Watch it on: Sony Liv