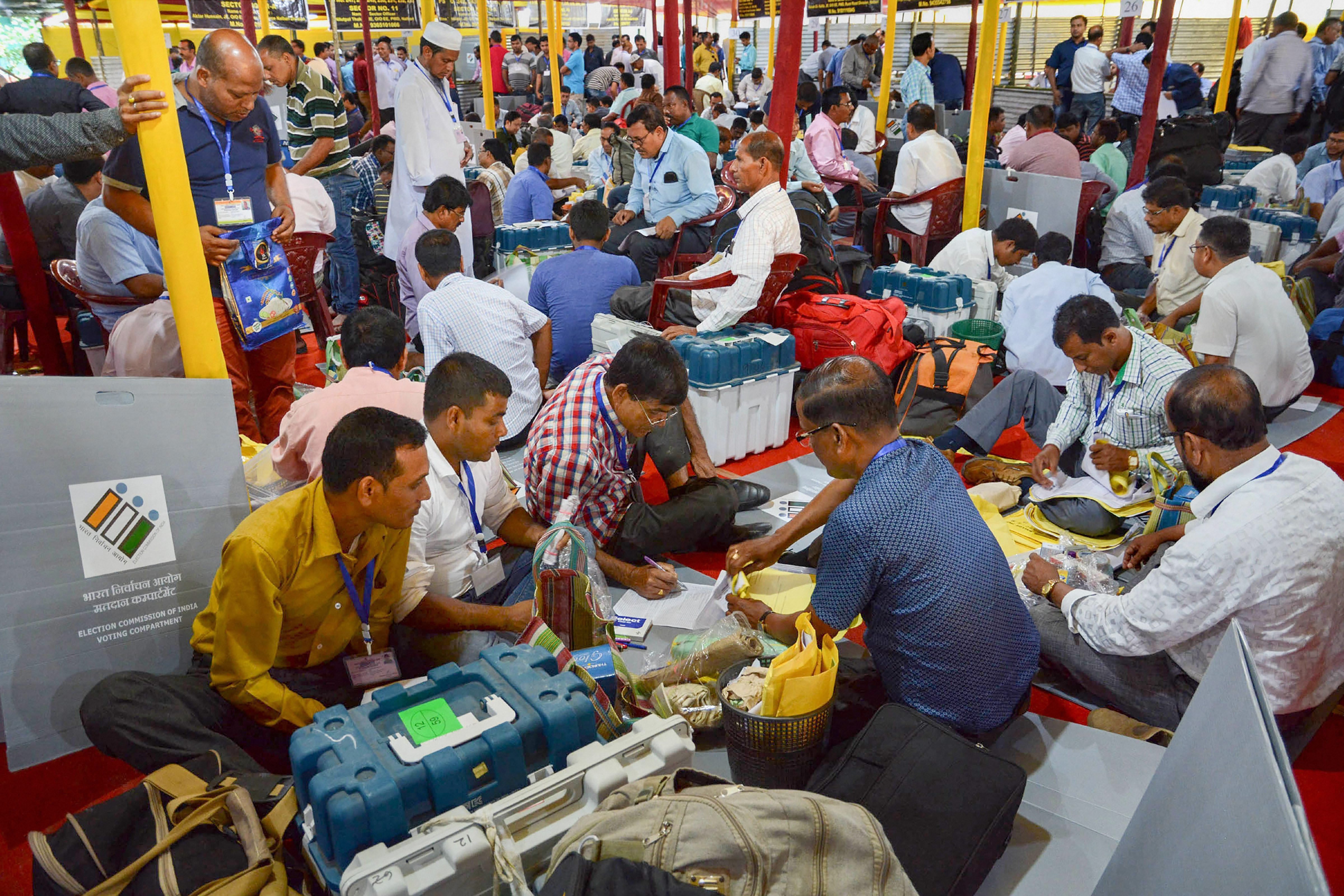 Polling officials collect EVMs and other election material for the second phase of Lok Sabha elections at a distribution centre in Nalbari, Assam, on April 17, 2019.
PTI
The Telegraph   |   Published 18.06.19, 09:39 AM

There are strict regulations regarding EVM storage. It would be difficult to tamper with EVMs on a mass basis without being observed. The addition of the VVPAT adds another check.

Given the sheer number of constituencies in India, it is not realistic to expect that enough EVMs can be tampered with to procure a majority. Even if a few are manipulated, it could not change the election result.

EVM tampering obviously cannot win an election because if this illicit activity is carried out, it will eventually lead to a dictatorial regime.

EVMs can be tampered with to potentially change election outcomes. Attackers could use portable hardware devices to change the vote records stored in the machines. Some also hire hackers to do that.

In the recent general elections, two Samajwadi Party candidates in Uttar Pradesh, who stood guard outside the EVM strongrooms, won by margins of more than a lakh whereas other candidates of their party lost badly in that state. EVM tampering anyone?