Team Dilkhush ring in the Christmas cheer at Flurys 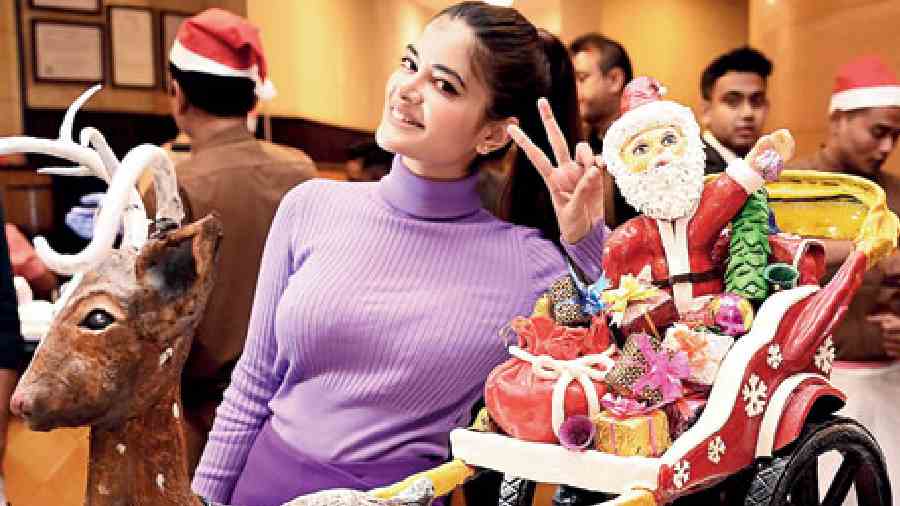 With Christmas only a few days away, all confectioners around the city are prepping for the big day and getting their special cakes ready. Flurys, the iconic tearoom known for its yummy Xmas cakes, hosted their cake-mixing ceremony earlier this month with the team of the Tollywood film Dilkhush. Amidst the cheer, we spotted actors Madhumita Sarcar, Kharaj Mukherjee, Anusuya Majumdar and Soham Majumdar. Directed by Rahool Mukherjee, whose previous release Kishmish was quite popular, Dilkhush is set to release in theatres on January 20. The team lent a hand to the mixing of the various dry ingredients and spirits that will be used to make the festive cakes.