Advertisement
Home / Culture / People / It does feel as if we can no longer live in this country: Buddhadeb Dasgupta

It does feel as if we can no longer live in this country: Buddhadeb Dasgupta 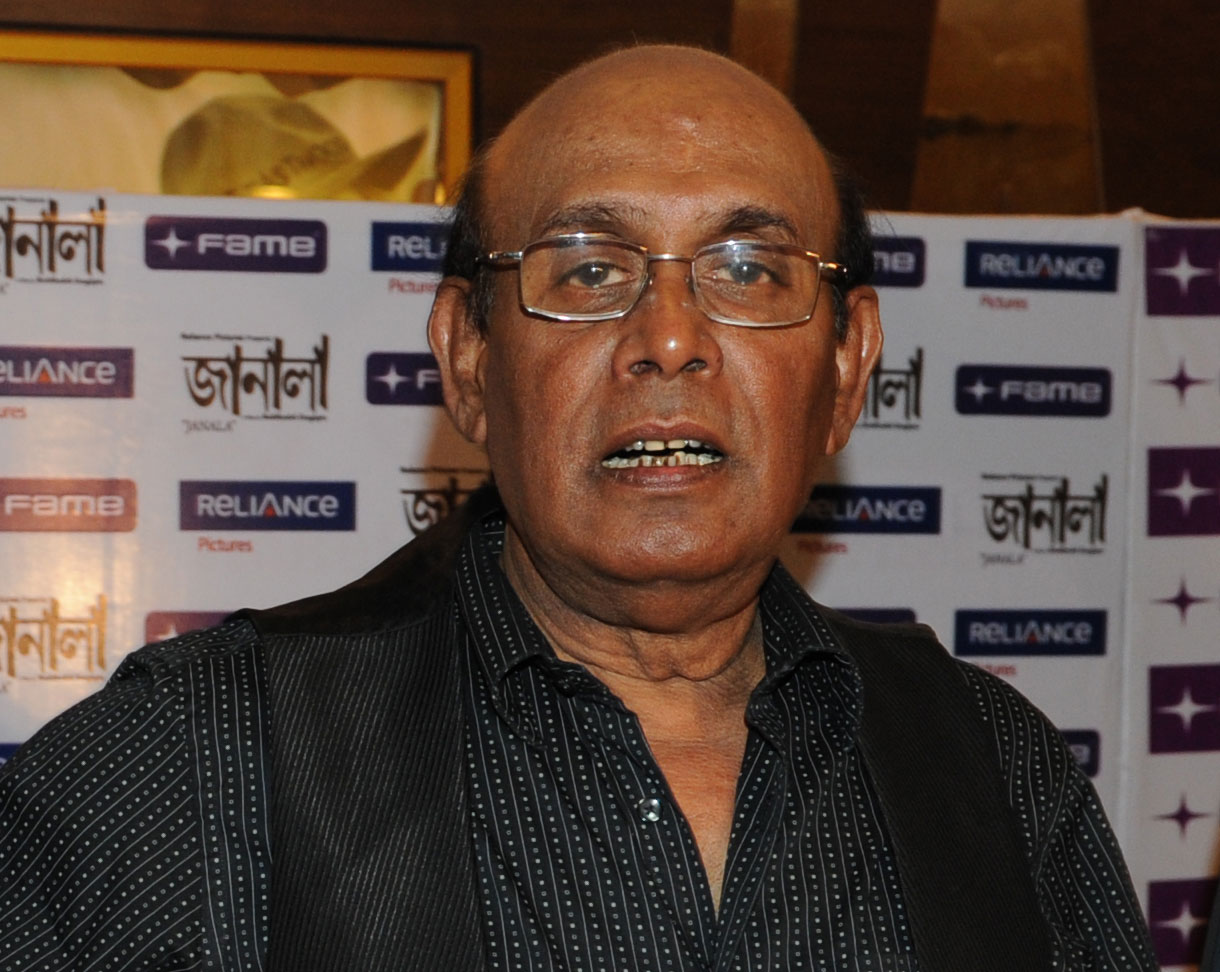 We are in the Dasguptas’ apartment in south Calcutta. The 75-year-old has just returned from an evening walk with his wife Sohini, who has been his assistant director in the last few films. The apartment is spacious and filled with books, DVDs and artefacts. Some years ago, Dasgupta suffered a heart attack and, though he is much recovered, telltale signs remain. Soft-spoken by nature, one has to now strain the ears to catch his words.

That day, actor Naseeruddin Shah is being heavily trolled on social media for his I-am-worried-for-my-children remark. In a video for the peace initiative, Karwan-E-Mohabbat, the veteran actor has expressed his concern for the persisting climate of hatred in the country, the obsession with religion.

The moment I bring it up, Dasgupta erupts in quiet indignation. He says, “Since this has happened with Naseer, it is big news, but it is happening with everyone today. It is not just creative people, each and every citizen is feeling threatened today. It is so bad that sometimes it does feel as if we can no longer live in this country.”

He starts to discuss the arrest of the five human rights activists in the Bhima-Koregaon case. Then adds, “The current situation is actually worse than what we had endured during the Emergency. In those days you could at least go into hiding or just stay under the radar.”

Dasgupta made his debut feature film shortly after Indira Gandhi declared Emergency. His first film was Dooratwa, or Distance, the story of a Naxal leader in the 1960s. This was followed by a political thriller called Grihajuddha, or Crossroads, after which came Andhi Gali, or Blind Alley — his first Hindi movie and a film about the middle class and the politics of the 1970s. The protagonist in each of these films is seen struggling to strike a balance between lofty Leftist ideologies and a humdrum personal life, bogged down with responsibilities.

Dasgupta got interested in filmmaking while he was still in college. However, by then he had already made a name for himself as a poet, writing in Bengali. Some reckoned he was as good as Shakti Chattopadhyay and Sunil Gangopadhyay.

The poet’s imagination delighted in a new kind of imagery when he came to be associated with the Calcutta Film Society. The more acquainted he got with the works of creative geniuses such as Ingmar Bergman, Luis Bunuel, Vittorio De Sica, Roberto Rossellini, the more a dormant dream stretched awake.

Nevertheless, he started his career as a college teacher. Dasgupta says that he was soon disenchanted by the wide gap between the economic theory in the coursework — he taught Economics — and the socio-political reality around him. In 1968, he made a 10-minute documentary. It would be a whole decade before his first full-length feature film would be made and released.

In the beginning, Dasgupta says, his films were influenced by Satyajit Ray’s depiction of middle-class life. Gradually, however, he found his own distinctive screen-language. He also became more appreciative of Ritwick Ghatak’s work. He says, “Ghatak is among those pioneer filmmakers who dared to shatter narrative structures in movies. Just think of Ajantrik and how he depicts the love between a man and a machine.”

Unlike Ray, Ghatak’s life and style of work was chaotic. He often did not have any fixed script and improvised on the film sets. Of late, Dasgupta too likes to deviate from the script and follow his creative instincts. Says Sohini, “These days, his scripts have become so terse that those of us who assist him have much trouble deciphering the code.”

Also evident from his films is his near-obsession with the stark landscape of Purulia, West Bengal’s western-most district. The reddish earth, thin rivulets, leafless trees and the harsh sun have featured time and again in films such as Uttara, Manda Meyer Upakhyan and Tope. He says, “For me, Purulia is a gigantic studio. Its natural beauty is mesmerising. It is so beautiful, the colour, the tonal quality — so right for my movies.”

I tell him I went to school in Purulia and he nods excitedly. “Did you now?” He talks about how he is also of this land, was born in Anara, a small town in Purulia. “I spent a few years of my childhood there. My father was a doctor in the railways. He used to go to see patients on a trolley pushed on the track manually by two men — across hills, forests and nullahs.”

Dasgupta’s films are routinely screened abroad and also in different parts of India, but at home in Calcutta, the applause is somewhat muted now. One reason is that some of the movies have never been commercially released. And those that are, get poor time slots and languish in obscure movie halls.

Says Dasgupta, “There’s a nasty nexus between some producers and directors. These people don’t allow good movies to reach discerning viewers.” He continues, “This political nexus is so strong that it often interferes with filmmaking in Tollygunge.”

According to him, the trend began when the Left Front was in power. He says, “They would dictate terms, specify the number of technicians you have to hire, whom to hire and so on. These strictures stifle new directors and new talent.”

Dasgupta has never allowed producers to dictate terms to him. He says, “I don’t allow them to interfere in any stage of filmmaking — from casting to editing.” This has meant treading a lonely path. Could it also mean that all those protagonists from his films Phera, Bagh Bahadur, Charachar and Anwar Ka Ajab Kissa — fighting lonely battles in the face of overwhelming social pressure to walk with the herd — actually refract bits of his own self? He pauses in his telling, gives the question some thought and then says softly, “Haven’t thought about it. No one said so before…” and trails off.

In Charachar, the protagonist, Lakha, is a professional bird hunter who loves birds so much that he lets most of them fly away. As a result, he earns little, loses his wife and becomes a beggar, and still he doesn’t lose his love for birds.

The 2013 Hindi film, Anwar Ka Ajab Kissa — actor Nawazuddin Siddiqui plays Anwar —is about a comical sleuth who breaks protocol and gets involved in the lives of people he’s been investigating. Says Dasgupta, “These characters churned out from ordinary Indian lives show that I am not alone. If you wish to stick to your own way, you are bound to be cornered. And when you are cornered, you have to raise your voice. That voice is most likely a distinctive one.”

And oftentimes, the voice finds greatest resonance on foreign shores. Dasgupta talks about his appreciative fans abroad. And whose work does he like? He names Iranian filmmaker Jafar Panahi. “He has been making fascinating movies though he was arrested [he was charged with propaganda against the Iranian government] and banned from making films.” He narrates how Panahi secretly made a film, titled This Is Not A Film, while he was under house arrest. The film was smuggled out of Iran in a flash drive hidden inside a cake and screened at the 2011 Cannes film festival.

Says Dasgupta softly, “Until recently, I used to believe that creative people in India can never be persecuted like Panahi.”

He is one of the biggest names in parallel cinema. He has remained a stolid nonconformist and a loner of sorts despite having directed some endearing films over the last four decades. He has persistently portrayed the struggles of ordinary men and women who refused to change their values to suit a fickle system. He is Buddhadeb Dasgupta and his latest film, Urojahaj, or The Flight, is about a maverick car mechanic, Bachchu, who fights the State. Bachchu, who lives in a village in northern Bengal, chances upon the rusty remains of a World War II fighter plane in the forests and, thereafter, tries to revive it. Police, however, get wind of his scheme, mark him a terrorist and confiscate the plane. Urojahaj will release in 2019. Says Dasgupta, “It is about politics encroaching upon the personal space of an ordinary citizen. The State is so powerful these days. You either compromise or surrender to it, or you stop dreaming.”