We catch up with singer and rebel T.M. Krishna after his much-talked about Delhi concert 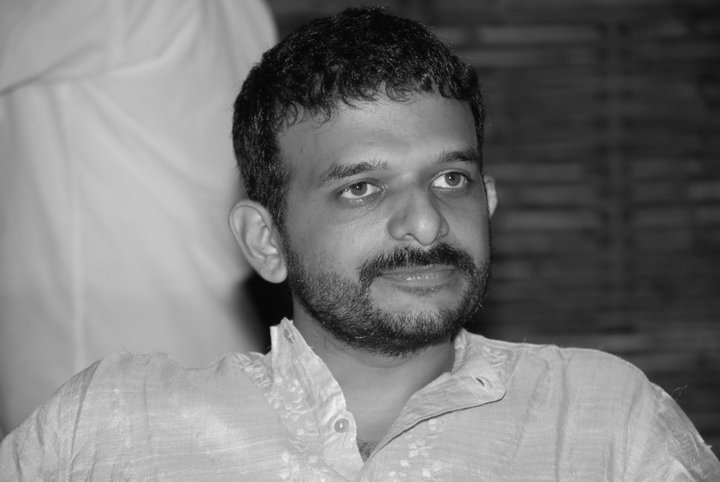 An elderly Tamil woman sitting next to me at the recent concert by T.M. Krishna in Delhi asks her husband why the Carnatic vocalist has begun the recital with a Marathi devotional verse instead of the traditional varnam. Her phlegmatic husband mutters, “Avan apdi da.” Meaning, he is like that only.

TMK, as he is popularly known, is not someone who is content to tinker with the Carnatic format alone. There is something in him that challenges all accepted hierarchies from the socio-political to the musical. In the past he has questioned the Brahminical domination of Carnatic music. He has sung out in praise of Jesus and Allah. And he routinely takes on Right-wingers, Centrists and Leftists on many an issue. But even those who don’t like the man have to admit that he is a genius on stage, and can reduce his audience to tears with his impassioned renditions.

I am not sure if anybody was in tears that November evening, but he was cheered like a rockstar by the crowd gathered in south Delhi’s Garden of Five Senses. And after a three-hour performance he got an extended standing ovation.

This was no ordinary concert, after all. It was the one the Right-wingers had plotted to pull the plug on. The Airports Authority of India (AAI) had informed collaborators Society for the Promotion of Indian Classical Music And Culture Among Youth, or Spic Macay, of its decision to “indefinitely” postpone the event. The AAI had been thus persuaded after being trolled on social media for hosting an “urban naxal”.

Was he surprised at the sudden cancellation of the event? Says TMK, “I have been public about who I am, about my thoughts on music, politics, society and gender, and I have also been critical of the Narendra Modi government and the BJP. It’s not that I cannot expect such a reaction.” We are in his car as it makes its way through dense Delhi traffic to his hotel after the concert. He talks about how well-organised the Right-wing trolls are and how they descend in droves to attack anybody they want.

TMK speaks faster than he sings, but speed notwithstanding, he is eloquent and never short of words. That day, though, his voice sounds a little hoarse after the long session but all in all he is in a cheerful mood. It’s a nippy night but he has only a thin shawl covering his silk kurta. Perhaps he is chuffed by the warmth of the audience and perhaps that is warmth enough, I tell myself.

Post cancellation, when TMK announced that he was ready to sing in Delhi or anywhere, provided someone gave him a stage, the Arvind Kejriwal government put its hand up. An actual red carpet was rolled out from the entrance gates of the venue right up to the stage. Only Carnatic aficionados may have made it to the AAI event, but thanks to the controversy, the crowd at the new venue included many of those whom TMK’s trolls love to hate. They were there to make a point.

He says, “Had it been the Spic Macay concert, there wouldn’t have been this much noise around it and ideally I would have liked to go to the hotel after the performance, rest and then go back to Chennai rather unnoticed.” But that was clearly not meant to be.

TMK has no illusions about the arts and its practitioners in India. He says, “Every art form in this country is dictated by ideas of caste and religion. It is important that we come face to face with this and actually ask some difficult questions… You don’t have to agree with me every time, but we must recognise that there is a problem and acknowledge it.”

When I refer to Carnatic as classical music, he says he hates to call it that. That name, according to him, implies that it is on a higher pedestal than other forms of music. Every art should be on an even keel, he insists. He talks about the “politicisation of art” and I ask him to explain what he means. “We always have a tendency to sanctify art — as it is mostly practiced by the upper castes — and make it float beyond society. We feel that when we bring down the level of the society the practitioners belong to, art becomes impure and dirty. That is wrong. Art has to be dealt with as something that is amongst us. As something that we have created and that will have all the ugliness of ourselves.”

By politicisation does he mean democratise, I ask. He replies, “By politicise I mean make it real. Make it tactile and temporal. The moment you make art mystical and divine and something beyond society, you cannot ask questions. That is unacceptable to me.”

When he first started asking questions about Carnatic music, there were many in the fraternity who thought TMK was only interested in courting controversy and hogging the limelight. But his 2014 book, A Southern Music — The Karnatik Story, changed all that. It established him not only as somebody who knew the Carnatic history inside out, but also as somebody who knew what he was talking about.

I ask him if there have been attempts in the past to make Carnatic music more inclusive in religious terms — like he does by including Christian and Islamic hymns in his recitals. “Not really,” says TMK. “Some musicians have sung some songs from here and there, but it has never come to be part of the teaching system even. I have not seen Dalits practicing this art form.”

We jump to the topic of artistes like himself sticking their necks out on issues that not many dare to talk about and TMK says he never forgets his own background, his education and the publicity he gets for the positions he takes. “Are you telling me that T.M. Krishna’s privileges didn’t come into consideration after the AAI concert was cancelled? My caste, my English, my access are also the reasons why so many people batted for me. Had it been somebody from a small town who faced such a problem, nobody would have come out like this.”

I bring up the silence of Bollywood and other artistes on several issues that are considered political and he says, “Fundamentally artistes in India are very submissive people.”

So, when someone or a handful do raise questions, as TMK does, there is a price to pay.

TMK talks about the constant trolling on social media he elicits and death threats even. He says, “When I got threats of violence and death, I will be honest, I did look over my shoulders for a few days.” His singer wife and two daughters are on the same page as him on many issues. “We do believe in ethical questions that we raise and because of a common agreement that these are important things for this country, we carry on with what we do,” he says.

Recently, he critiqued author and Congress MP Shashi Tharoor for his stand on Sabarimala’s Ayyappa temple. Tharoor had argued that the Supreme Court should have taken the sentiments of the devotees into consideration while ruling that women could enter the temple. Says TMK, “He was talking against the Constitution… His position should have been, ‘I believe in God and Ayyappa but I also believe that every woman should be able to worship Ayyappa.’ But that wasn’t his position.”

The vocalist considers himself a liberal but also says that he will never take a high moral position and consider his point of view as superior to others. He says, “One of the problems with the liberals is that we keep talking to ourselves, which is of no use after a point. We need to take responsibility for what is happening. Over the years, we boxed the conservatives into a corner and the people who ran away towards that corner are the in-between ones. We never worked with them or spoke to them. The BJP and the Right-wingers took them under their wings and they are now the loudest speakers.” After a pause he adds, “We need to think how do we get the middle space. It is this space where the conversation is rich.”

1976: Thodur Madabusi Krishna or TMK is born in Chennai. Parents are founders of a school for tribals and the underprivileged

At six, his mother puts him under the tutelage of musician B. Seetharama Sarma. Trains under Semmangudi Srinivasier as well

Performs on stage for the first time when he is 12

Graduates with Economics from Vivekananda College, Chennai. Soon after, decides to be a full-time vocalist

Apart from solo ventures, has participated in collaborations, the latest being with the Jogappas, a transgender community from Karnataka and Maharashtra, in 2016

2016: Given the Ramon Magsaysay Award (considered Asia’s equivalent of the Nobel Prize)

Hungry Bengal: art during the famine