He’s an unexpected top contender, thanks to his album We Are and his work on the score for Pixar masterpiece Soul 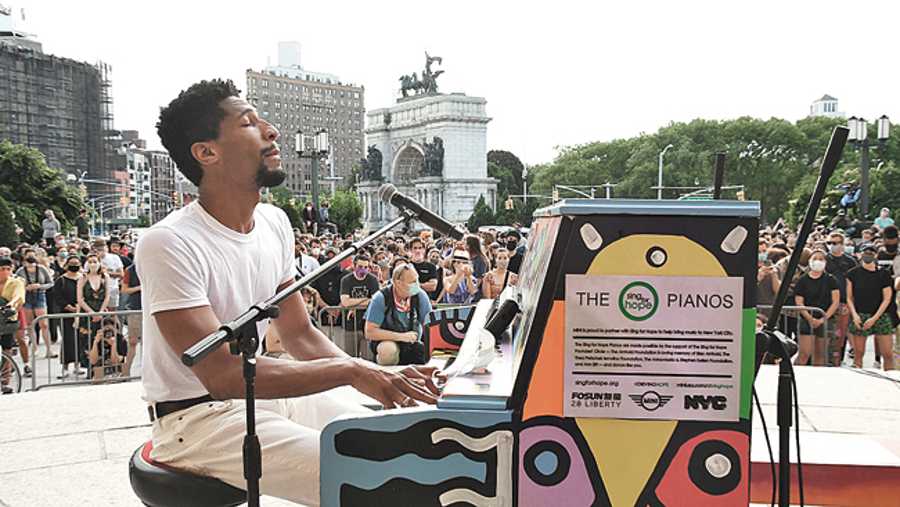 Jon Batiste took his music to the streets during the nationwide protests in the US over the killing of George Floyd last year
Sourced by the correspondent
Mathures Paul   |   Published 01.12.21, 02:15 AM

Jon Batiste leads the way at the next edition of Grammy Awards, which will take place on January 31 in Los Angeles. The jazz pianist earned the most nominations (11), including album and record of the year. He’s an unexpected top contender, thanks to his album We Are and his work on the score for Pixar masterpiece Soul.

The 35-year-old continues the long tradition of New Orleans music and you may know him as the bandleader on The Late Show With Stephen Colbert. But there’s more to him. When the pandemic closed doors to auditoriums, he played in the open air. When George Floyd’s murder made protestors take to the streets, he hosted a series of protest concerts, leading crowds of people in song.

Trophies have been filling up his cabinet ever since Soul released in 2020. He has received an Academy Award, a Golden Globe Award, and a BAFTA Film Award (shared with Trent Reznor and Atticus Ross). Now, all eyes are on the Grammy Awards. The man is also the music director for the respected magazine, The Atlantic, and is director of the National Jazz Museum in Harlem.

We Are is his eighth album and also has five live albums and four EPs. Since his album We Are is spread across genres, he has nominations in three genres. “It was so rewarding to be nominated in multiple categories and multiple genres. And, of course, for the two big categories in the general field. I’ve always made an effort to show that the genres are all connected, just like people in all of our lineages are connected. I’ve said that many times, and it just feels so great for it to be recognised on music’s biggest stage,” he recently told The New York Times.