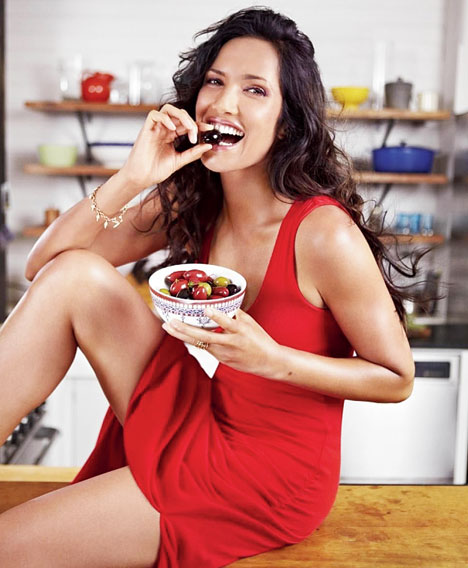 The 47-year-old model-actress-author returns to host Season 16 of Top Chef, the competitive cookery show that she has been a part of for the last 12 years. She chatted with us over the phone from New York

Killing it as the Top Chef host

I feel a great proprietorship over the show. All the people with me on this show have worked very hard and we’ve been on air for many seasons now. The challenge before us each time is to make every season better than the previous one. We are incredibly proud of what we’ve accomplished. Everyone in the cast and crew is like a well-oiled machine. We enjoy making the show. I am naturally curious about food and on this show, it makes me proud to see people trying to be the best they can be. That makes me want to come back every time.

Top Chef vs other food shows

I’ve tried watching pieces of other shows and maybe because I am in the business, I can’t watch it like a normal audience (laughs). I can’t just sit back and enjoy it. I do watch them once in a while to see what people are up to. I still feel that Top Chef is the gold standard! (Laughs)

Julia Child was a big inspiration. I never met her, but I would watch her black-and-white shows as a kid. When I was young, my mom never bought cable television. We just had the basic TV channels. They used to run old episodes of Julia Child’s show. I got interested in her and then I read her biography. This was someone who was never trained as a chef either and she actually started her major work after marriage and had to be stationed in Paris. And this gave me hope that one didn’t have to train formally or work in the kitchens of fancy restaurants, but that everyone has a food story to tell as long as it’s authentic and real.

My earliest food memory was when we would all wake up in the morning and my granny and my aunts would be preparing all the school lunches. The frying of the tarka — curry leaves and chillies and spices — that my grandmother would do on the stove… that sound and that sight takes me back to my early childhood.

I think it’s both. I am tall and I cannot negate the role my genetics play (laughs), but now I’m not a young girl any more. I’m over 40 and so my metabolism has changed. I have to work very hard to maintain my figure. I do gain weight [due to the constant tasting of food on the show]. I’m just lucky that I gain weight all over and you don’t really notice it as long as my clothes fit! (Laughs)

On the show, we buy clothes in three different sizes because I look heavier when my clothes are tight. That’s actually one tip I want to give everyone — no one’s looking at the size tag of your shirt or skirt. So buy clothes that fit you even if you have to have a couple of different sizes in your wardrobe.

After the season gets over, I have to work really hard. I box, I jump ropes, I do weights. Right now I am on my way to the gym to do some cardio on the treadmill. Of course, I try to avoid indulging. I stop having fried food, which is the toughest thing for me. I cut down on wine. Even otherwise, I don’t drink beer or soda or have too much meat. I don’t eat bread. I am very strict with myself after the show because I have to be. It takes me six weeks to put on the weight and about 12 weeks to lose it!

Writing The Encyclopedia of Spices and Herbs (2016) was a big moment. I really wanted to write a book like that because I wasn’t getting anything like that in the market, and putting it together was quite a daunting task. I’m not one of those people who puts out a book every year, though because of the timing of its release it did come out close to the memoir (Love, Loss and What We Ate). I’d been working on both these books for several years. And so it was a milestone for me… to put all my memories and interest in spices under one title.

The Encyclopedia may not have turned out to be the blockbuster that the memoir was, but I believe that over time, it will be a good reference guide for people around the world who want to understand the practical uses and the origin of spices.

My daughter Krishna Thea loves food. Yesterday, we had tacos for dinner at home. We have our dinner early nowadays because we are still jetlagged from our vacation in Italy. At 10pm, we were watching a David Chang food show on Netflix and the whole show was on pizza. And both Krishna and I looked at each other and said, ‘Okay, we kind of want pizza!’ And so we ordered pizza and had a second dinner at 10pm, which is quite obnoxious and not how one should behave if you want to lose weight! (Laughs) But sometimes you have to have fun.

She loves cooking with me. She likes to make her own recipes. We are growing tomatoes in our garden and the other day, she made this thing with cherry tomatoes and vinegar and olive oil and called it cherry tomato soup. She definitely likes inventing new things and I think that comes from her often seeing me recipe-testing in the kitchen.