Just Play! brings together an array of 11 traditional games, delving deep into their rich religious and cultural moorings apart from offering a rulebook on how to play them 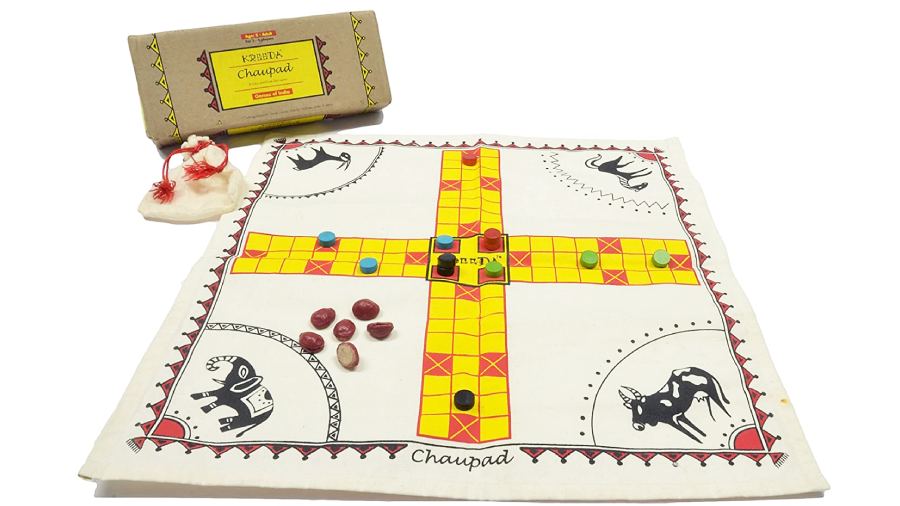 Childhood memories often invoke images of lazy weekends spent with one’s family poring over a Ludo board. Each member would arrange the pieces before rolling the dice. This was followed by euphoric cries or lamentations of ‘chhokka’ and ‘pnut’, respectively. This light-hearted yet highly competitive recreation was often accompanied by cha and adda. Dishearteningly, several of these traditional games have since sunk into obscurity as joint families made way for nuclear set-ups and digital games colonised children’s minds and attention. Vinita Sidhartha’s Just Play! is an earnest exercise in rediscovering the games of the past that were not only sources of recreation but also “wellsprings of knowledge” on Indian philosophy and culture.

Sidhartha’s investment in the undertaking has been relentless since she founded Kreeda, a business venture that focuses on reviving India’s ancient games. Just Play! is a literary culmination of this pursuit and it brings with it rich nuggets of information. How many times, while casting the dice, has the Ludo player wondered about the game’s ancestor, Chaupad, that became the reason for the conflict among the cousins in the Mahabharata? Are we aware that noughts and crosses, a classroom favourite, resonates symbolically with the ‘Holy Trinity’ of most religions? Or that the Victorian game of Snakes and Ladders is actually a crude emulation of the ancient Parama Padam Sopanam that was popular in Tamil Nadu without the latter’s moral connotations? Just Play! encourages such ruminations by bringing together an array of 11 traditional games, delving deep into their rich religious and cultural moorings apart from offering a rulebook on how to play them.

Sidhartha categorises the games based on the associated philosophies they represent. She also provides insights into the simulation of these ancient sports in real life through some interesting anecdotes. The text, unfortunately, has a didactic undertone but the accompanying illustrations may interest readers to revive these eclectic — near-extinct? — games