Cricket: Numbers blessed with the touch of immortality

The beauty of Wisden is that every time you go back to it, you discover something different 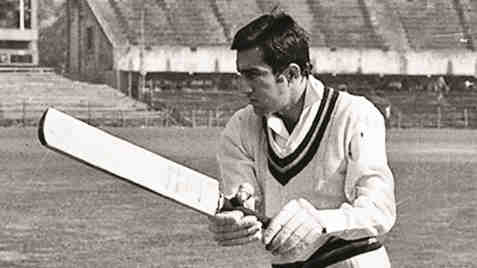 Here is a little quiz for those who think they are masters of Test match trivia. Which Indian played Test cricket for two countries? The second question is a case for Feluda — the mystery of the disappearing Banerjees. Which three Banerjees played one Test each for India — and were never picked again?

The answers are hidden in The Wisden Book of Test Cricket 2014-2019, edited by Steven Lynch, covering 223 matches from September 2014 till the end of the English summer season in 2019. That brought the total number of Tests played since 1877 to more than 2,350.

Test statistics are a bit like fine wine — they improve with age. One of the most intriguing sections is at the back with individual Test career records in alphabetical order. India merits nine pages.

The Nawab of Pataudi Senior played three Tests for India in 1946, while his son, the ninth Nawab, Mansoor Ali Khan ‘Tiger’ Pataudi (Sharmila Tagore’s late husband), played 46, with a top score of 203 not out. It was Dad who also played three times for England, including twice in the infamous 1932-33 ‘Bodyline’ series in Australia, scored 102 on debut but was dropped after a row with his skipper, Douglas Jardine, over the ethics of bowling at Donald Bradman’s head and body.

Each of the 223 Tests in the book is allocated a page with a remarkable amount of detail packed in, from the match report and scorecard to the identity of debutants, substitute catchers, award winners, umpires and referees, plus close of play scores and changes of batting and bowling order in the second innings.

The period, 2014-2019, is said to have been a good one for India. Part of the credit must go to India’s batsmen, notably Virat Kohli, Cheteshwar Pujara and Rohit Sharma, and the spinners, Ravichandran Ashwin (342 wickets in 65 Tests) and Ravindra Jadeja (198 wickets in 43 Tests). But maybe what tipped the balance are the fast bowlers, such as Jasprit Bumrah (62 wickets in 12 Tests); Ishant Sharma (278 wickets in 92 Tests); Umesh Yadav (119 wickets in 41 Tests); Mohammed Shami (153 wickets in 42 Tests); and Bhuvneshwar Kumar (63 wickets in 21 Tests). That is something new to Indian cricket and the real lesson from the overview offered by Wisden.

Many decades from now, these ‘stats’ will take on an ethereal quality. That is the magic of Test cricket for those who choose to walk down memory lane.