Reversing the gaze on Pyne with infinite shades of grey 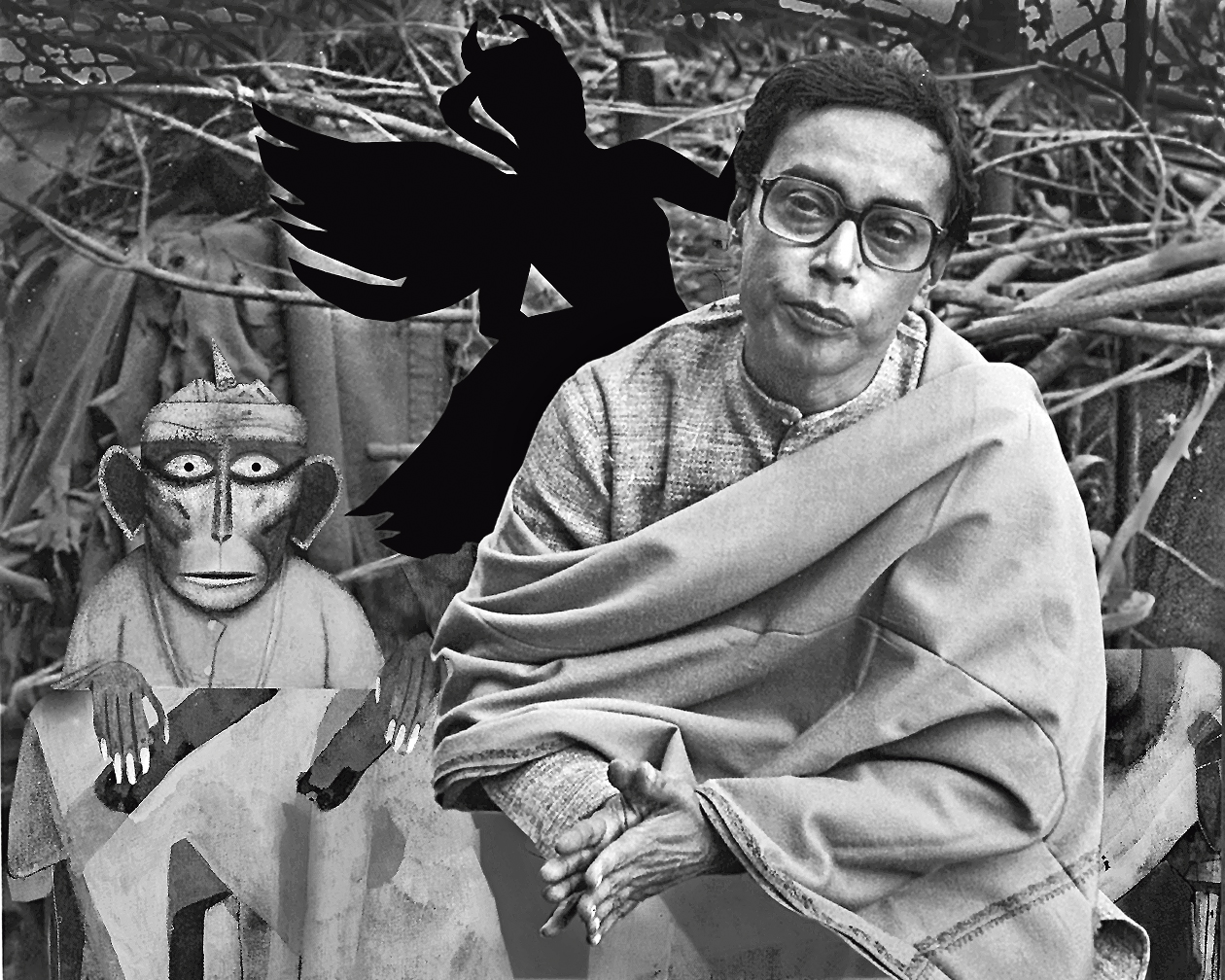 Their practices may have been divergent, but it is the sense of evanescence and mellowness which the rapidly changing city of Calcutta induces that brings together an introspective artist like Ganesh Pyne so captivated by mortality and Veena Bhargava, whose canvases are marked by dynamism and vigour even as she tries to capture fleeting moments of poignance before they are shattered by harsh realities of urban life. This is the quality of brooding introspection that Veena Bhargava brings to the fore in her series of photographic portraits of Ganesh Pyne the artist as a frail young man and his transformation into a man of mature years, and in the photographic collages she created by juxtaposing the portraits and imagery appropriated from Pyne’s distinctive paintings. These photographs and photo collages by Veena Bhargava along with works by Ganesh Pyne could be viewed at the exhibition, Memorialising Ganesh Pyne, with Ella Datta as curatorial adviser at Akar Prakar, which is slated to reopen next month.

Bhargava, who was trained as an artist at the Government College of Art & Craft, tried her hand at photography and the dark room when in the early 1980s she participated in a project where it was one of the mediums offered. She clicked images of the city with a borrowed camera. That is when she joined Chitrabani, Calcutta, and learnt the magic of creating images with light. Journalist Ella Datta assigned Bhargava to do a photo feature on Ganesh Pyne for a magazine. She did not know the reclusive artist, but equipped with her Olympus OM2n camera she went ahead irrespective.

She began to shoot him in his small and bare studio in the rather rundown house where Pyne lived with his mother and brother’s family. Bhargava remembered Pyne as being “self-conscious and shy” and as he became more relaxed, they went up to the terrace. A tiny man with large, pensive eyes behind his huge glasses, she captured him in a series of shots in an infinite gradation of grey tones between white and black. The chiaroscuro echoed the penumbra that pervades the temperas he worked on. Clad in a khadi kurta and dhoti with a shawl casually draped across a shoulder, Pyne is in a contemplative mood, in a brown study. Yet with a glimmer of a smile lurking at the corner of his mouth, he inspects Bhargava’s contact sheets. He breaks into a grin as he points out a casual chalk drawing of a skull and cross bones on a wall, making light of death, as it were. They went to the rundown studio of Pyne’s mentor, Mandar Mallik, in Cornwallis Street (Bidhan Sarani) and climbed up the precarious wooden staircase that led to it. With its tenebrous interiors, French windows with slats and terrace heaped with detritus, it had the kind the ambience that would stoke Pyne’s imagination enough to conjure up the chimeras that invaded his paintings.

Bhargava took photographs of Pyne’s paintings and selected elements from them — the beautiful maiden, the skeletal being, the skull, the monkey — to create collages, initially, by pasting them on bromide, and later with Photoshop, where the imagery Pyne created confronts and holds a dialogue with the artist, even as he began to show distinctive signs of ageing. The reverse of The Picture of Dorian Gray.