Wholesale inflation accelerates to 10-month high of 3.1% in January

This is due to costlier food articles, particularly onion and potato 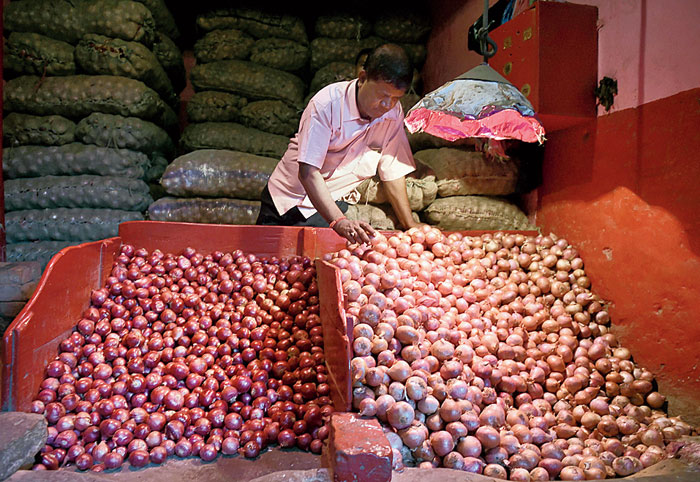 Wholesale prices-based inflation accelerated to a 10-month high of 3.10 per cent in January mainly due to costlier food articles, particularly onion and potato, official data showed on Friday.

The wholesale price index (WPI) based inflation was at 2.59 per cent in December 2019, and 2.76 per cent in January 2019, as per the data released by the Ministry of Commerce and Industry.

The earlier high was recorded in April 2019, when the WPI inflation stood at 3.18 per cent.

During January this year, the rate of price rise for food articles stood at 11.51 per cent as against 13.24 per cent a month earlier.

Inflation in the vegetable category stood at 52.72 per cent, while onion prices spurted by a whopping 293 per cent, followed by potato at 87.84 per cent.

'Higher customs duties would push up the inflation related to imports to some extent going forward. However, the impact of the spread of the coronavirus on risk sentiment and commodity prices, including crude oil, is expected to exert a substantial moderation on the wholesale inflation in February 2020,' she said.

Nayar attributed the uptick in inflation for manufactured food items to a spike in various edible oils as well as dairy products, which she said is expected to sustain in the coming months.

'Even with a further correction anticipated in vegetable prices in February 2020, the primarily food inflation may persist in double-digits in that month,' she added.

Earlier this week, retail inflation based on consumer price index (CPI) soared to a near six-year high of 7.59 per cent in January, surpassing the Reserve Bank of India's comfort range primarily on account of rising vegetable and food prices.

Last week, the RBI Monetary Policy Committee (MPC) in its bi-monthly monetary policy review had kept the key interest rate unchanged at 5.15 per cent while maintaining an accommodative stance.