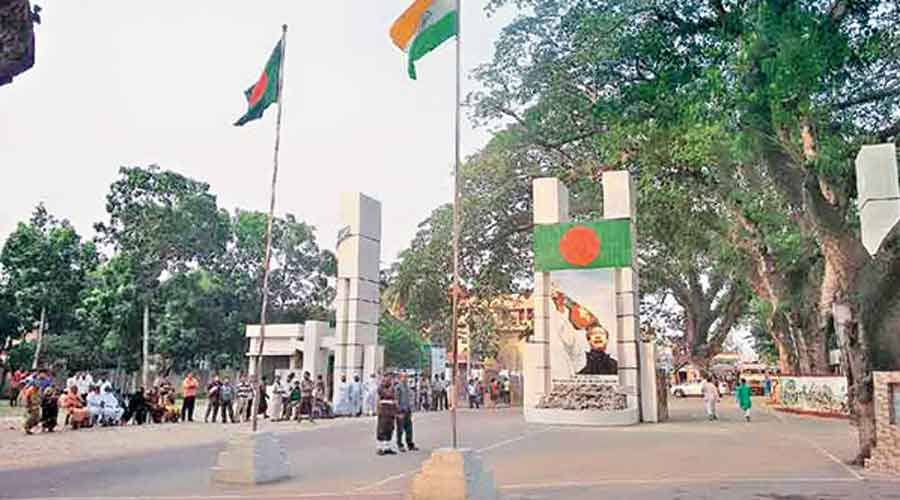 Seamless transport connectivity between India and Bangladesh has the potential to increase national income by as much as 17 per cent in Bangladesh and 8 per cent in India, a new World Bank report published on Tuesday claimed.

The launch of the report coincided with Indian Prime Minister Narendra Modi and Bangladesh PM Sheikh Hasina inaugurating Maitree Setu in Tripura to bolster trade between the two countries, especially NorthEast and Chittagong.

The bank said it would support infrastructure creation along the borders to allow the region reach the potential of an economic hub in South East Asia. It is investing close to $1 billion around the Bangladesh border on the Indian side.

The two countries have signed a raft of agreements but their implementation has been slow. Despite a Motor Vehicle Agreement signed in 2015, trucks from either country cannot enter, posing significant delays.

Crossing the India–Bangladesh border at Petrapole–Benapole, near 85 kilometre east of Calcutta, the most important border post between the two countries, takes about 100 hours. This is because cargo is moved from one truck to another when the border is crossed.

In contrast, the time to cross borders  in other regions of the world, including East Africa, is less than six hours, the report “Connecting to Thrive — Challenges and Opportunities of Transport Integration” highlights.

This analysis, led by WB’s Matias Herrera Dappe and Charles Kunaka, found that improving transport connectivity could yield a 297 per cent increase in Bangladesh’s exports to India and a 172 per cent increase for India.

Many believe that strong political will is required to weed out the bottlenecks . Misgivings on either side of the border about benefit and threat to each country are found to be well entrenched.

Hasina alluded to it while virtually inaugurating the 1.9 kilometre long bridge on river Feni river in south Tripura when she said political boundaries should not become physical barriers to trade.

At the launch of the report, India country director of WB Junaid Ahmed, reminded the historical significance of Bengal presidency during pre-Independence era and how the regional connectivity was exploited by the colonial masters. Ahmed expressed hope that the potential can be harnessed again by easing restrictions.

Ahmed also noted that a lot of progress has taken place in the last one decade, such as exchange of electricity, starting of inland water trade, starting rail service and even pilot movement in road transport.

“World Bank is a big believer in multilateralism and an ecosystem of free trade would like to invest in the ecosystem to accelerate this.”

Mercy Tembon, the WB’s country director for Bangladesh and Bhutan said : “While trade between India and Bangladesh has increased substantially over the last decade, it is estimated to be $10 billion below its current potential. The WB is supporting  Bangladesh to strengthen regional and trade transit through various investments in regional road and waterways corridors, priority land ports, and digital and automated systems for trade.”