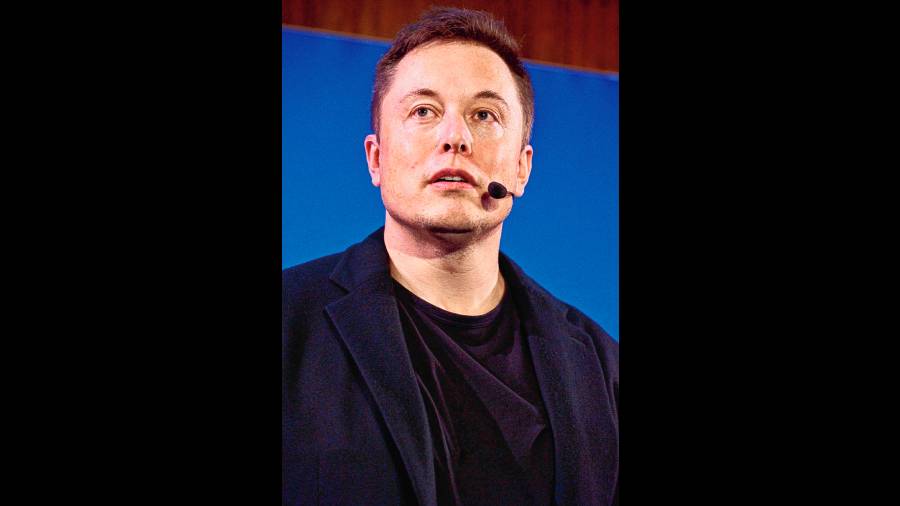 US-based electric car maker Tesla founder and CEO Elon Musk said the company was facing lots of challenges with the government to launch its products in India.

Responding to a tweet on the company’s plans, Musk tweeted: “Still working through a lot of challenges with the government”.

Still working through a lot of challenges with the government

He did not elaborate on  the problems the company was facing from the Indian government.Tesla had last year sought a reduction in import duties on electric vehicles.

Government officials said the Tesla CEO was using social media to put pressure on the government.

They said the electric car maker wants the government to reduce import duties on cars without any commitment to produce it in the country.

Tesla can already bring their cars in a completely knocked down (CKD) form with zero duty.

They could take advantage of the Rs 26,000 crore PLI (production linked-incentive) scheme if it decides to manufacture the cars in India, the official said.

At present, cars imported as completely built units (CBUs) attract customs duty ranging from 60 per cent to 100 per cent.

Last year, Tesla wrote to the road ministry the effective customs duty of 110 per cent on vehicles with customs value above $40,000 is “prohibitive” to zero-emission vehicles.

It had urged the government to standardise the tariff on electric cars to 40 per cent, irrespective of the customs value, and withdraw the social welfare surcharge of 10 per cent.

The changes would boost the development of the Indian EV ecosystem.

Analysts have said that at these rates Tesla cars would become too costly for many buyers. The Indian market for premium EVs is still in its infancy and charging infrastructure is scarce. Just 5,000 of the 2.4 million cars sold in India last year were electric, of which a handful were luxury models.

Tesla’s demands for tax cuts have prompted objections from several local players, who say such a move would deter investment in domestic manufacturing.

Domestic original equipment manufacturers (OEMs) such as Tata Motors and Mahindra & Mahindra and foreign OEMs such as Hyundai and MG have entered the sector with their flagship EVs.