The programme can fetch about $70 billion in fresh investments, a government statement said 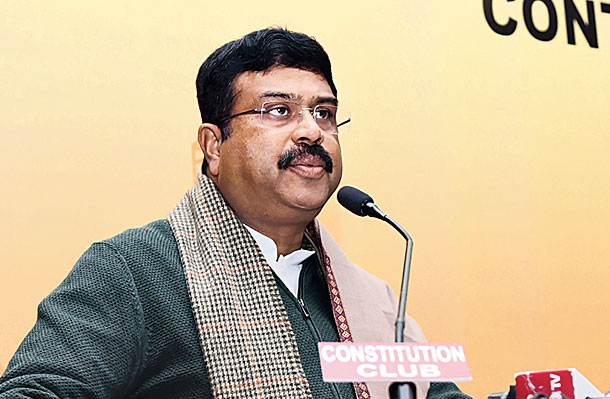 A steel cluster development programme across the mineral-rich eastern region of India could fetch as much as $70 billion in fresh investments, a statement from the Narendra Modi-government claimed even as the country continues to experience massive contraction in steel demand.

The initiative was formally unveiled in Calcutta on Saturday by steel and petroleum minister Dharmendra Pradhan, hours before Prime Minister Narendra Modi reached the city to take part in a two-day official programme.

While the scheme aims to build fresh capacity and encourage user industries, steel consumption is likely to be halved this fiscal compared with last year.

India is likely to consume 102 million tonnes of steel in 2019-20 compared with 98.6mt consumed last year. Construction and real estate, major users of steel products, are likely to do better. However, demand from consumer durables and auto industries may lag behind because of the deceleration in the economy.

The programme lays down a roadmap for the creation of more capacities but does not talk about demand generation, a key pre-requisite for attracting private investment.

“Eastern India is a land of infinite opportunities. Despite being endowed with natural resources, this region has lagged behind compared with some other parts of the country. Purvodaya is a new chapter which will script the rise of eastern India by accelerated development of the steel sector through an integrated steel hub,” Pradhan said.

The steel minister has already initiated cluster development at Bokaro in Jharkhand and Kalinganagar in Odisha. The Asansol-Durgapur belt of Bengal, where two large integrated steel plants are located, is likely to become another hub as well. The Purvodaya launch in Calcutta was aided by CII. Heads of SAIL, IOC and Coal India were present along with bureaucrats from Delhi and eastern states.