The Mistrys said that for the unlisted companies, an expedited valuation can be done with a valuer selected by both sides 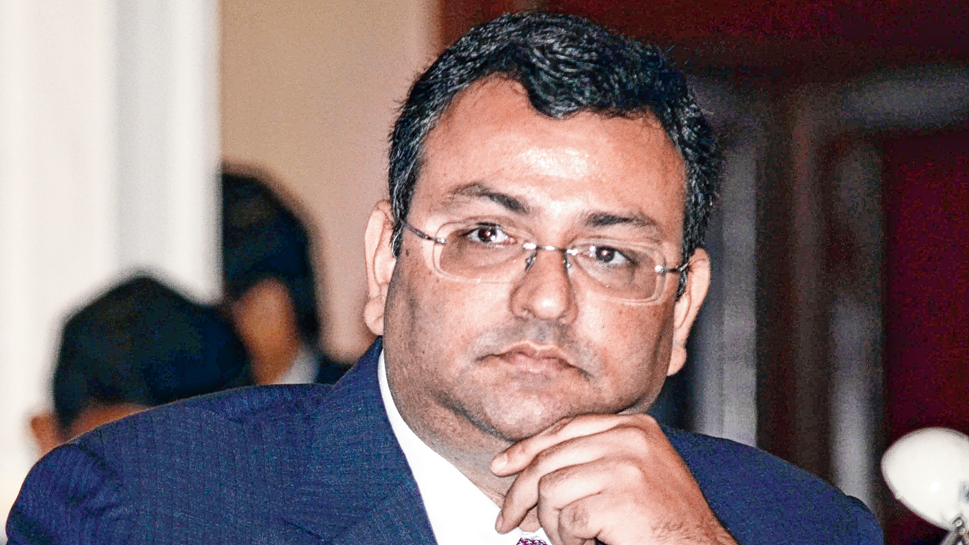 The Shapoorji Pallonji Group (SP Group) has submitted a separation plan to the Supreme Court that will sever its 70-year-old ties with Tata Sons.

The estranged 18.37 per cent minority shareholder in the holding company of the $113 billion Tata group is, however, seeking a pro-rata shareholding in 16 listed Tata entities along with a share of the Tata brand value. It has also asked for an independent, third-party valuation of the 31 unlisted companies in which Tata Sons holds a stake.
In all, the Mistrys are seeking a payout of Rs 1.75 lakh crore in lieu of their minority stake in Tata Sons.

The Tata group has not commented on the separation plan proposed by the SP Group.

After its bitter four-year legal battle with the Tatas in the wake of the ouster of Cyrus P. Mistry from his position as the chairman of Tata Sons, the Mistrys last month said they wanted to exit Tata Sons.

In a statement on Thursday, the SP Group said that it has formally sought separation from the Tatas in the Supreme Court. It added that Tata Sons is effectively a two-group company, with the Tata group comprising Tata Trusts, Tata family members and Tata companies holding around 81.6 per cent of the equity share capital, and the Mistry family owning the balance 18.37 per cent.

The Mistry family has proposed that the dispute over valuation can be eliminated by doing a pro-rata split of listed assets and a pro-rata share of the Tata brand.

As part of the non-cash settlement, the Mistry group is eyeing a stake in listed Tata group firms linked to its holding in Tata Sons. For instance, while Tata Sons holds 72.05 per share in Tata Consultancy Services, the SP Group’s ownership of 18.37 per cent would mean a 13 per share shareholding of TCS. At the current market prices, this would translate to over Rs 1.30 lakh crore.

The Mistrys said that for the unlisted companies, an expedited valuation can be done with a valuer selected by both sides and this can be settled in cash or in listed securities.

In its affidavit filed with the top court, the SP Group has said that the valuation should be determined by a competent expert and both parties should have the same right of access to information about the company. It suggested a “selective reduction” of capital by extinguishing the shares of Tata Sons held by the minority shareholders and swapping them with the shares of listed firms.

The SP Group observed that the key benefits of its separation scheme against a buyout is that there will be no valuation dispute since the price of the main assets (listed companies) price is quoted daily and the brand has already been valued by Tata Sons. Further, Tata Sons would continue as the promoters of group companies and enjoy a control premium on its shareholding.

“In case, Tata group does not want to dilute its stake in certain companies, the SP Group could either accept the value in either cash or in TCS stock’’ it added.

Experts point out that there could be complications . For instance, there are cross-holdings within the Tata group with even some of the unlisted firms (categorised as promoter) holding stake in some of the listed companies.

For instance, Tata Steel and Tata Power hold a small equity stake in TCS. If the Mistry family is allotted shares of these two companies and TCS, the possibility of its effective holding in Tata Sons going above 18.37 per cent cannot be ruled out.

If there is a proportionate separation of assets, barring TCS, the stake of the Mistry family would be less than 10 per cent, the analysts said.

But the Mistry family said in its affidavit that in a proportionate separation of assets, barring TCS, their stake would be less than 10 per cent.

It further pointed out that the scheme of separation that it has proposed through reduction of capital with consideration paid through shares in underlying listed firms could also be used to provide much needed liquidity to other Tata group companies, thereby unlocking value in them.