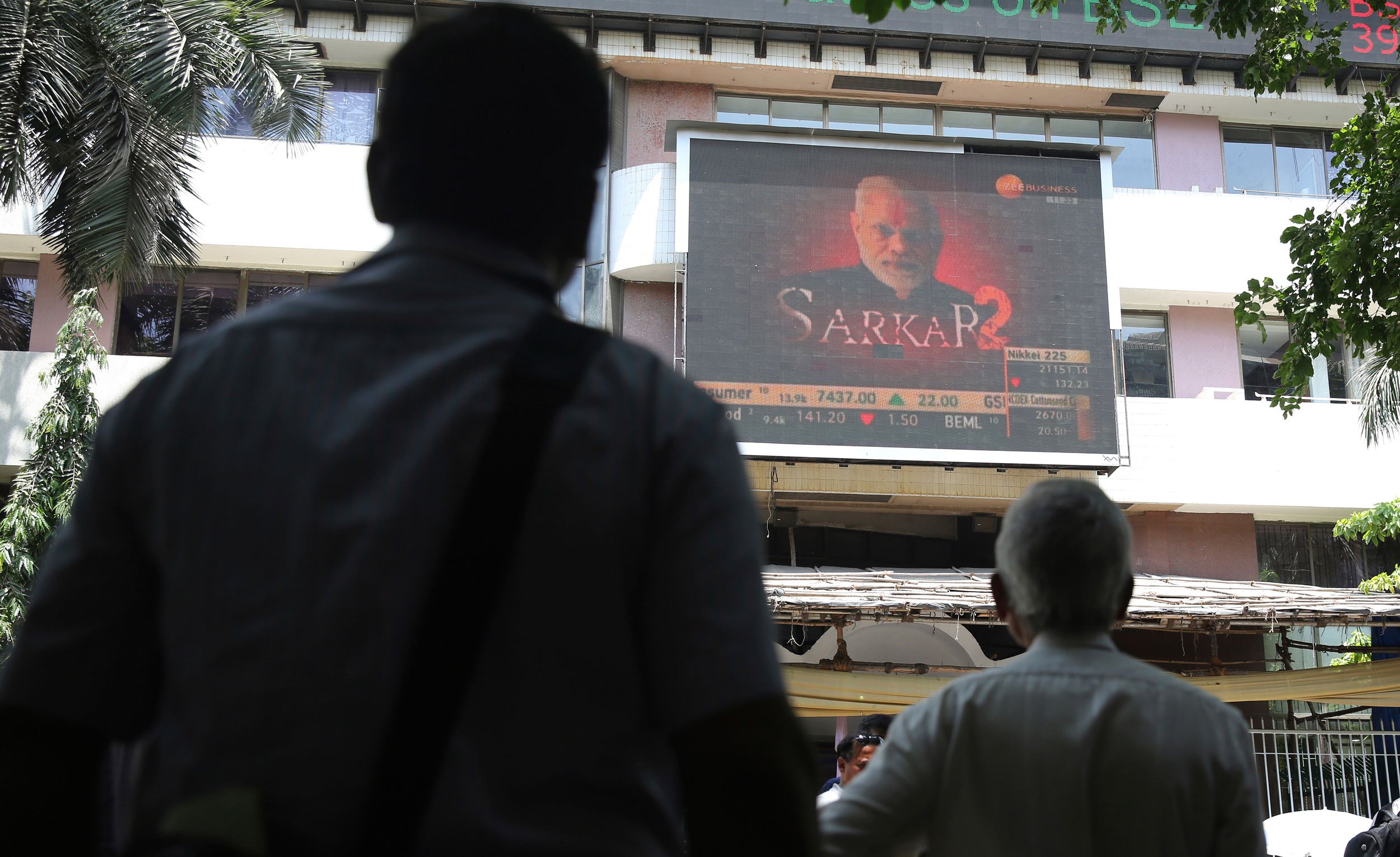 The BSE Sensex on Thursday jumped more than 1000 points to hit the magical 40000-mark on a bout of initial euphoria over the general election results but thereafter retreated because of profit-booking.

Analysts said investors had already factored in an NDA victory and the focus has now shifted to more pressing issues such as crude oil prices, the progress of the monsoon and the US-China trade war.

Markets are watching the new government’s moves such as cabinet formation and steps to kickstart the economy, which has been marked by tepid private investment and slowing consumption both in urban and rural India.

Analysts believe policy continuity and more reforms will take the indices to new peaks, though a few advise caution.

A report from Morgan Stanley on Thursday projected the Sensex to hit 45000 by June 2020 — a rise of almost 16 per cent from current levels.

“The markets were initially enthused to see the election results falling in line with the exit polls. However, the run up to the D–day was so sharp that it turned out to be a sell-on news phenomenon,’’ Devang Mehta, head — equity advisory at Centrum Wealth Management, said.

The 30-share Sensex opened on a positive note at 39591.77 as the BJP hit off well in the initial stages of counting of the results. The index subsequently breached the 40000-level to hit a high of 40124.96 as the NDA alliance crossed the half-way mark. However, profit-booking led to the index to close lower at 38811.39.

“Mixed macro-economic indicators, concerns over a normal monsoon, NBFC challenge and consequent liquidity squeeze, rising rhetoric over the US-China trade war, a slowdown in the Chinese economy and the surge in crude oil prices are some pressing issues that need to be addressed,” Dhiraj Relli, managing director and CEO, HDFC Securities, said.

Deepthi Mathew, economist at Geojit Financial Services, said the NDA will have to deal with a much weaker economy, unlike in 2014.

“Rural distress and slowing investment in the country are two major issues that need to be addressed in an urgent manner. The developments in the global economy are also not favourable, especially with regard to the rising crude oil prices. The low crude oil prices benefited NDA-I in a bigger way,” she observed.

Some analysts are recommending to investors to look at mid-caps and small-caps. Gaurav Dua, senior VP, head — strategy & investments, at Sharekhan & BNP Paribas, said private sector banks would be a key investment theme for the next two years as concerns over asset quality subside.

In the trading on Thursday, IndusInd Bank was the biggest gainer in the Sensex pack, rallying 5.23 per cent, followed by Hero MotoCorp, Coal India, Yes Bank, PowerGrid, ICICI Bank, HCL Tech, L&T, Kotak Bank and Bharti Airtel, which rose up to 1.56 per cent.

Sectorally, the BSE telecom, capital goods, industrials, realty and power indices ended up to 0.97 per cent higher. However, FMCG, metal, consumer durables, finance, tech, healthcare and auto declined up to 1.82 per cent.

The broader BSE midcap and smallcap indices followed the benchmarks, shedding up to 0.15 per cent.

According to traders, weak cues from other global markets and a depreciating rupee weighed on investor sentiment.

Globally, equities wobbled owing to the continuing US-China trade tensions. Bourses in Asia ended in the red, while European markets were also trading on a negative note in early deals.

The rupee, too, took a similar ride as it surrendered all its early gains to close 36 paise lower at 70.02 against the dollar after dealers shifted their focus to macro-economic developments that will set the tone for the forex market.

The domestic currency had opened at 69.45 and strengthened to touch a high of 69.37 during the day.