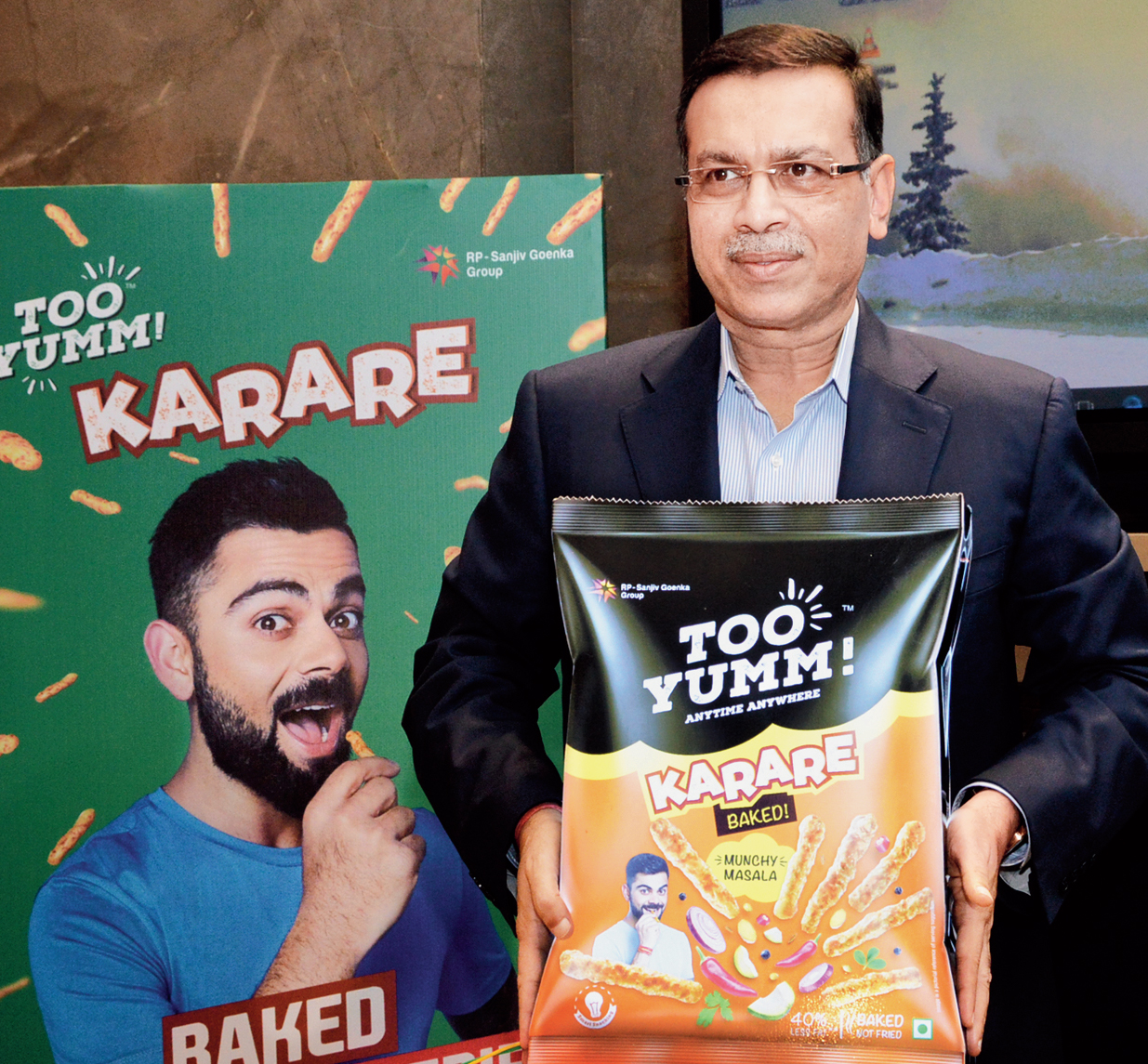 RP-SG Group has set an ambitious target to corner a 10 per cent market share of the western snacks category by the end of 2020, buoyed by launches across segments and taking on market leader Kurkure.

The western snacks market, estimated at around Rs 20,000 crore, is dominated by PepsiCo with its Kurkure and Lays brands. After coming up with several non-traditional products having little competition within the western snacks segment, the RP-SG has now launched “Karare” which will compete with Kurkure.

Sanjiv Goenka, chairman of the group, insisted that his offering will be different as the product “was baked not fried”.

“This (Kurkure) is the biggest sub-segment within western snacks. We are very confident that it would do well and gain market share,” Goenka said.

Guiltfree Industries Ltd, the FMCG arm of the group, has positioned the flagship Too Yumm! brand as healthy snacks, clocking Rs 50 crore turnover a month. Goenka said the monthly sales were expected to touch Rs 70 crore by the end of this fiscal.

“We have a modest 3.5 per cent market share in the healthy snacks category. Our target is to corner 10 per cent by 2020,” Goenka said after the launch of Karare, which will be available in five flavours.

There are currently six products under the Too Yumm! brand, which is endorsed by Indian cricket captain Virat Kohli. In Calcutta, where the group is based, it has an 8 per cent market share.

FMCG is the newest kid on the block from the group with a presence in power, retail and business process outsourcing. The FMCG vertical has been spun off from CESC into a separate company which will soon be listed on the bourses.

The company has two own manufacturing units in Rajkot and Hyderabad and is setting up another in Telengana at an investment of Rs 247 crore.