Rupee slumps to its lowest level in nearly eight weeks

At the interbank forex market, the domestic unit opened weak at 74.20 against the American currency 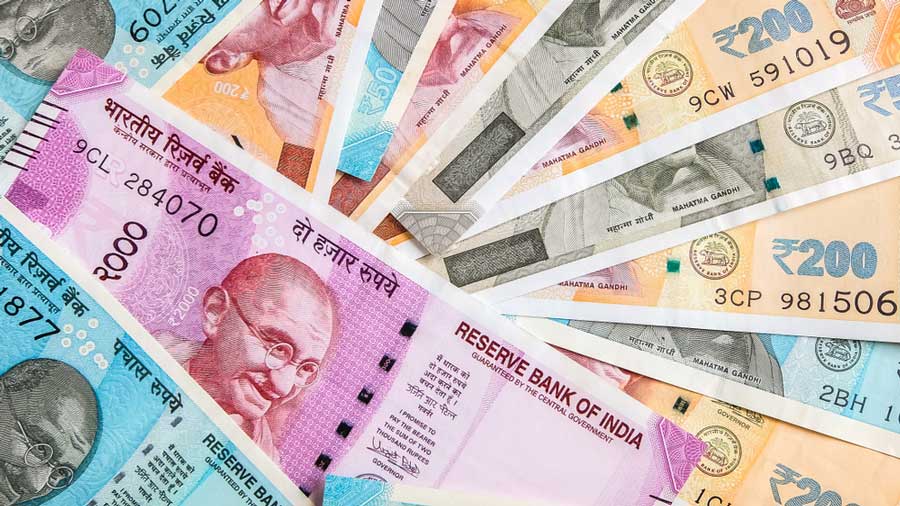 The rupee on Monday slumped to its lowest level in nearly eight weeks, shedding 24 paise to close at 74.10 to the dollar as participants turned cautious, apprehending foreign fund outflows after hawkish comments from the US Federal Reserve.

At the interbank forex market, the domestic unit opened weak at 74.20 against the American currency, pared some initial losses and finally closed at 74.10, showing a fall of 24 paise over its previous close. This was the lowest level seen by the local currency since April 28.

Meanwhile, the dollar index, which gauges the greenback’s strength against a basket of six currencies, fell 0.19 per cent to 92.04.

“The rupee depreciated against the dollar on Monday on broad greenback strength and worries of foreign fund outflows due to hawkish comments from the US Fed,” said Sriram Iyer, senior research analyst at Reliance Securities.

The unit had fallen to an intra-day low of 74.28, but trimmed losses on dollar sales by exporters, Iyer said, adding that “most regional currencies also weakened on Monday following the dollar’s strength and weighed on the prices”.

India received $64 billion in foreign direct investment in 2020, the fifth largest recipient of inflows in the world, according to a UN report which said the second wave of Covid-19 in the country weighs heavily on the country’s overall economic activities but its strong fundamentals provide “optimism” for the medium term.

The World Investment Report 2021 by the UN Conference on Trade and Development (UNCTAD), released on Monday, said global FDI flows have been severely hit by the pandemic and they plunged by 35 per cent in 2020 to $1 trillion from $1.5 trillion the previous year.