Advertisement
Home / Business / Rupee gains 14 paise to 81.65 against US dollar in early trade

Rupee gains 14 paise to 81.65 against US dollar in early trade

On Monday, the local unit depreciated by 5 paise to close at 81.79 against the American currency 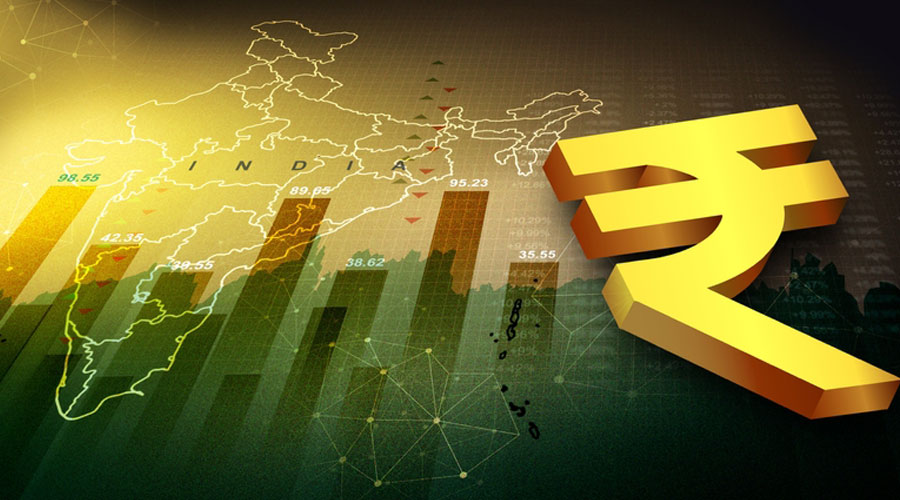 The rupee appreciated 14 paise to 81.65 against the US dollar in early trade on Tuesday as the American currency retreated from its elevated levels.

Forex traders said foreign fund outflows and a muted trend in domestic equities weighed on the local unit and restricted the appreciation bias.

At the interbank foreign exchange, the domestic unit opened at 81.72 against the dollar, then gained further ground to touch 81.65, registering a rise of 14 paise over its previous close.

On Monday, the rupee depreciated by 5 paise to close at 81.79 against the US dollar.

Meanwhile, the dollar index, which gauges the greenback's strength against a basket of six currencies, fell 0.24 per cent to 107.57.

Experts believe the Indian rupee is expected to trade in a range-bound manner amid tracking strength of the American currency and cautiousness in the markets, as fears of a return to stricter COVID restriction measures in China weighed on Asian currencies.

Foreign Institutional Investors (FIIs) were net sellers in the capital markets on Monday as they offloaded shares worth Rs 1,593.83 crore, according to exchange data.

Meanwhile, rating agencies Crisil and Icra on Monday revised down their India growth projections for the current fiscal and the second quarter mainly due to the ripple effect of slowdown in global growth and mixed crop output.