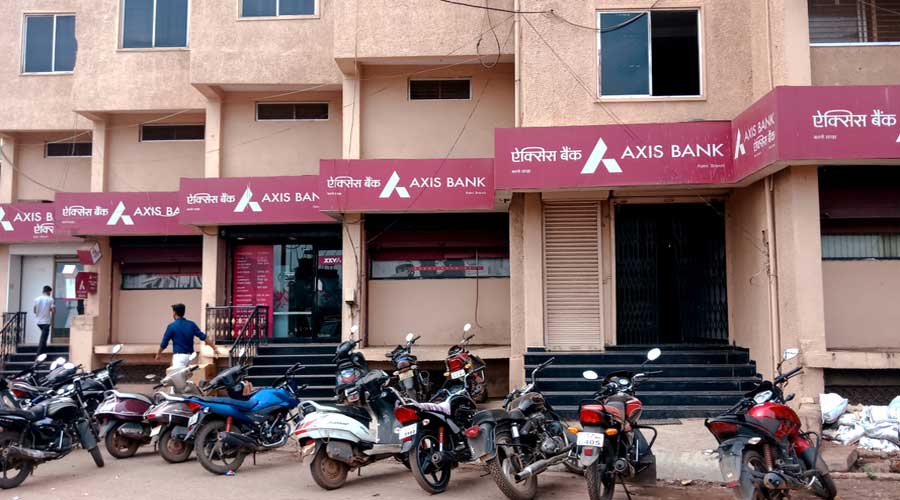 Benchmarks Sensex and Nifty ended lower after seesaw movements on Monday because of  selloffs in financial and IT counters as surging coronavirus cases in India and around the world tempered economic recovery hopes.

On the Sensex chart, Axis Bank was the top loser, dropping around 5 per cent, followed by Tech Mahindra, SBI, L&T, IndusInd Bank, Infosys and NTPC.

On the other hand, HDFC Bank, HUL, Kotak Bank, Bharti Airtel and ITC were among the gainers.

Shares of Axis Bank on Monday fell almost 5 per cent after S&P Global Ratings lowered the ratings of the private sector lender because of increased economic risks for banks in the country.

“We lowered our ratings on Axis to reflect our expectation that heightened economic risks facing India’s banking system will affect the bank’s asset quality and financial performance,” S&P said on Friday.

The international credit rating agency had downgraded the bank to BB+ with a stable outlook from its earlier rating of BBB- with a negative outlook.