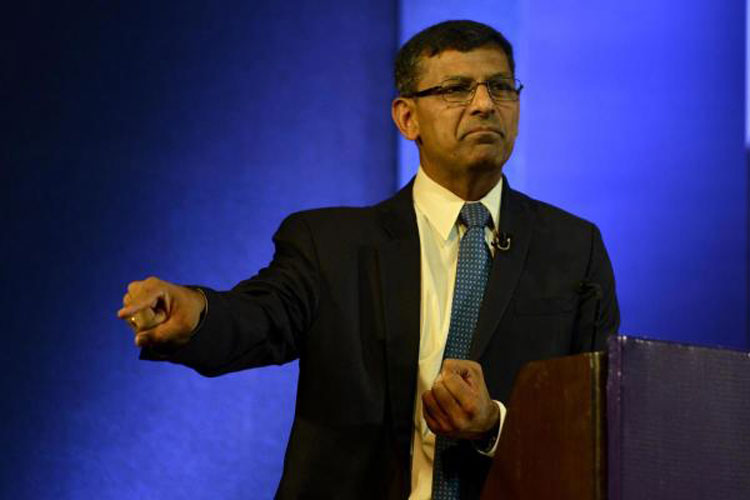 Raghuram Rajan, who was governor of the Reserve Bank of India (RBI) from September 5, 2013 to September 2016, said during his term a clean up of the banking sector that was “clogging” with bad loans had begun and the job remains unfinished.
Telegraph file picture
PTI   |   New Delhi   |   Published 31.10.19, 08:56 PM

Former RBI governor Raghuram Rajan, who faced a stinging attack from finance minister Nirmala Sitharaman for presiding over the “worst phase” of the Indian banking sector, on Thursday reminded her that two-thirds — two years two months — of his tenure as the head of the central bank was under the BJP government.

Rajan, who was governor of the Reserve Bank of India (RBI) from September 5, 2013 to September 2016, said during his term a clean up of the banking sector that was “clogging” with bad loans had begun and the job remains unfinished.

He said the country needs a new generation of reforms to accelerate economic growth. At 5 per cent GDP growth rate, India was witnessing substantial economic slowdown.

“I had just over eight months in the previous (Congress) government and I had 26 months under this (BJP) government. So much of my term (as RBI governor) was under this government,” he told CNBC in an interview.

He was asked about Sitharaman’s comments in New York earlier this month where she said that the public sector banks had the “worst phase” under the combination of former Prime Minister Manmohan Singh and Rajan.

“Let me not get into a political back and forth. The reality is, there is a clean-up which we started, which is underway, which needs to be completed fast. The recapitalisation has been done, but it also has to be done in the non-bank financial sector which is ceasing up and you need to clean-up, get the financial system going again if you want stronger growth,” he added.

Rajan said the seeds of the problems were sown in the pre-2008 global financial crisis. “A lot of investments were made and those slowed down. Those created the bad loans which we needed to clean up. And we started the process of cleaning up,” he said.