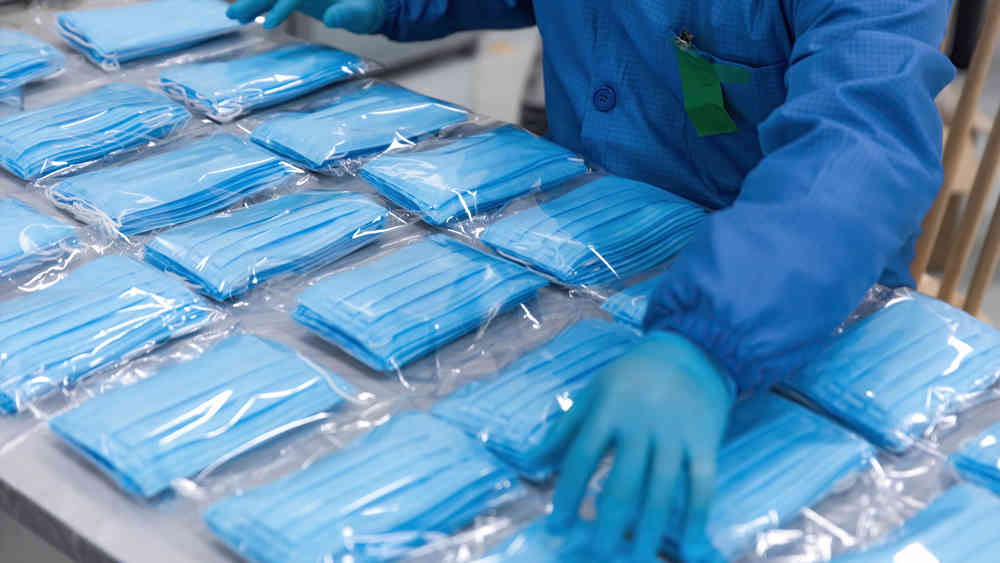 A city-based personal protective equipment (PPE) maker — Mallcom (India) Ltd — is setting up a large unit in Bengal amid rising demand for PPE kits from  industries as well as the healthcare sector.

The Bombay Stock Exchange listed company has manufacturing units in Calcutta, Haridwar and Ahmedabad. PPE includes both industrial safety gear such as gloves, helmet, suits, shoes  as well as medical gear such as masks and disposable protective covers.

“We have altogether 12 outfits with the majority in and around Calcutta. A large garment facility for protective gears is now coming up at Ghatakpukur, in North 24 Parganas, on the Basanti highway. The projected capital outlay is estimated at Rs 50 crore. We have acquired the land and got it converted. Now we are putting up the building and the plant is expected to be commissioned by April 2022,” said Ajay Kumar Mall, managing director, Mallcom (India).

The company had posted a consolidated revenue of Rs 320 crore in 2020-21 with exports contributing around two-third of the business. The company estimates to clock a business of Rs 500 crore over the next couple of years.

Mall said that the changes to the occupational health and safety standards in India will give an impetus to organised players in the domestic PPE market.

“Companies like ours should be at an advantage because we have been doing this for many years and we are also complying with the standards both in India and overseas,” he said.

With the Covid crisis leading to a massive opportunity for PPE makers, Mall said that with a bit of a tweak in the existing production process, the company could get into the segment and address market demand, particularly in Bengal.