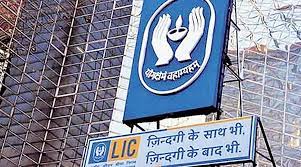 LIC chairman M R Kumar told a news conference on Monday that potential investors should not worry about government control post the IPO as decisions are taken by its board and not by the government.
Shutterstock
Reuters   |   Mumbai   |   Published 22.02.22, 03:21 PM

Prospective investors in Life Insurance Corp of India's (LIC) $8 billion Initial Public Offering are seeking assurances from company management that it will not sacrifice their interests to meet the goals set out by the government, its controlling shareholder, sources said.

In virtual roadshows for India's biggest ever public listing, LIC management and the IPO bankers have been peppered with questions about the insurer's past investments and their quality, four people with knowledge of the matter said.

LIC has in recent years been a key buyer of shares in state-owned firms sold off by New Delhi, often bailing out less-than-successful public issues of shares. It has also been tapped to rescue struggling financial institutions.

Potential conflicts of interest issues are taking centre-stage in the IPO roadshows that began last week and are expected to go on till the end of the month, the sources said.

"The government tends to act as a regulator, manager and shareholder and it tends to get its position confused at different points of time," said Mr Shriram Subramanian, founder of proxy advisory firm InGovern, who has not attended the roadshows.

"The government ministries may tend to think that LIC is 100 per cent under their control and would like to exert that kind of an influence whenever required and that is a concern for investors," Subramanian added.

How effectively LIC and its investment bankers are able to address the investor concerns will help in determining the insurer's valuation in the float, and consequently the state of finances of the Indian government which is banking on proceeds from the IPO to plug an annual fiscal deficit hole.

The Finance Ministry did not respond to emails seeking comment while LIC declined. The sources declined to be identified as the discussions are private.

In its draft prospectus, the insurer cited involvement of the government, which owns 100 per cent of LIC now and is expected to own about 95% after the IPO, as a risk factor and said that minority shareholders could be disadvantaged by government action.

LIC chairman M R Kumar told a news conference on Monday that potential investors should not worry about government control post the IPO as decisions are taken by its board and not by the government.

LIC, which was formed six decades ago when India's insurance sector was nationalised, straddles the business in the country, with more than 280 million policies and over 60 per cent of the insurance segment.

In 2019, it took over troubled IDBI Bank as the government struggled to find a viable buyer for the lender whose shares had tanked and nearly a third of its book had gone bad.

LIC said in its draft papers that it may have to infuse more capital into IDBI Bank even though it has been pursuing a buyer for its more than 50 per cent stake in the lender.

Some market analysts and fund managers are drawing parallels of LIC with Coal India, which made its market debut in 2010 and, despite being a monopoly, has lost over half its equity value.

In its last earnings call, Coal India chairman and managing director Pramod Agrawal said one of the reasons for its current low market valuation could be because sometimes government takes steps that are not appreciated by shareholders.

"If LIC makes decisions that are not beneficial for the shareholders then they will raise concerns," said Mr Ashvin Parekh, an independent financial services consultant.

"We have seen that happen earlier when Children Investment Fund exited from state-owned Coal India after listing as it had concerns over what the majority shareholder was doing and LIC could also face similar pushbacks from its shareholders."